Donald Trump spent the weekend in his apartment in New York huddled with advisers and poring over papers, ready to make a decision on who will become his vice-presidential pick. In the end it’ll come down to who he feels most comfortable with and who he likes most. He’ll want someone with legislative experience, someone who is a traditional politician, maybe even a Washington insider. He’ll also want someone who can help him pull together the various strands of the Republican Party, something he’s conspicuously failed to do this far into the campaign.

But he has a problem. Political wisdom suggests no-one turns down the vice-presidential slot. When John Nance Garner suggested that the office he held under FDR was 'not worth a bucket of warm piss', Sam Rayburn – a legendary former speaker of the House of Representatives – remarked: 'There’s always the chance of being president'.

Yet, there are many in the Republican Party who don’t want to be touched by the Trump campaign. They fear he is heading for defeat and that they’ll be dragged down. Or they’ll be too closely linked with such a divisive, unrestrained character, and their future in Republican politics will be at an end. George McGovern, a Democrat, was rejected by three or four of his choices back in 1972 while Colin Powell walked away from the warm embrace from three presidential candidates from both main parties. So it leaves an interesting field.

Thought to be close to the top of the current choices is Newt Gingrich, the former speaker and a presidential candidate himself four years ago. While he has never publicly endorsed Trump, he also defended him from attacks from inside and outside the party. There is no doubt that his selection would add intellectual weight to the ticket. He has deep ties to Washington and is regarded as a deal-maker. But he’s also deeply unpopular in the country. The man behind the longest US government shutdown in 1996 has consistently low approval ratings. Added to the fact he has as many ex-wives as Trump, two, and is older than the candidate, he would be a fairly controversial choice.

Indiana governor Mike Pence would help Donald Trump with the conservative wing of the party. He’s well-liked and respected and knows how Washington works. But he perhaps holds presidential ambitions of his own and could easily sidestep the question by insisting that he wants to continue serving the people of his home state where he is running for re-election.

Almost inevitably, Sarah Palin’s name has been thrown into the mix, but her increasingly erratic speeches have seen some of her most ardent supporters reconsider what they ever saw in the former Alaska governor. And while she’ll be wheeled out on the campaign, it won’t be as the vice-presidential pick.

New Jersey governor, Chris Christie has been put in charge of the Trump transition team and stands out as one of the first establishment Republicans to back Trump. He himself had hopes of a presidential nomination but his chances ended with the snow of New Hampshire. Picking Christie would mean the Republican ticket was essentially two angry white guys from the north-east. And with such low approval ratings, there’s no guarantee he could even carry his home state. He’s still more likely to end up as attorney general or even chief of staff in a Trump administration.

Ben Carson was given the job of vetting the VP candidates and it’s not impossible that he could end up on the ticket. Remember that Dick Cheney did the same job for George W Bush and ended up in the White House. But Carson has never run for elected office and was cruelly exposed in the debates for lacking policy and foreign policy experience, even if he would help marshall evangelical Republicans.

Two less well-known names have been floated as possible candidates. There’s Bob Corker – a senator from Tennessee – and Jeff Sessions from Alabama – the first senator to endorse Trump. Corker has foreign policy experience, but he has also been critical of some of Trump’s comments in recent days and weeks. That won’t play well in Trump’s world. And while Sessions would delight those in the right-wing of the party, he’s been accused of racism and bigotry during his presidential campaign.

Another piece of Washington wisdom is that no-one really cares who the vice-presidential pick is. That’s not true. It can impact the ticket when it’s a bad choice and can make it more attractive when it’s good. It’s also the first really big decision of any would-be president. And that counts for something. 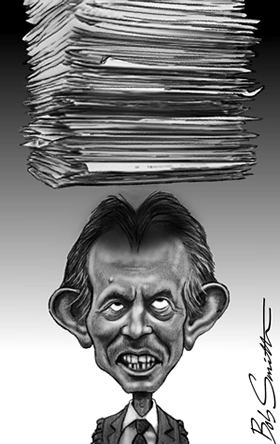 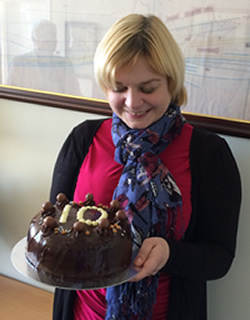