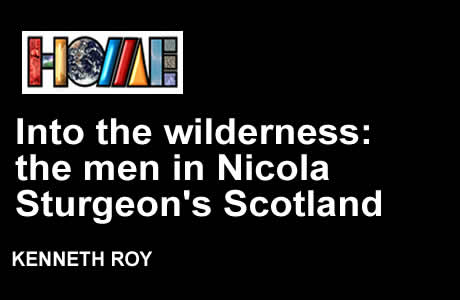 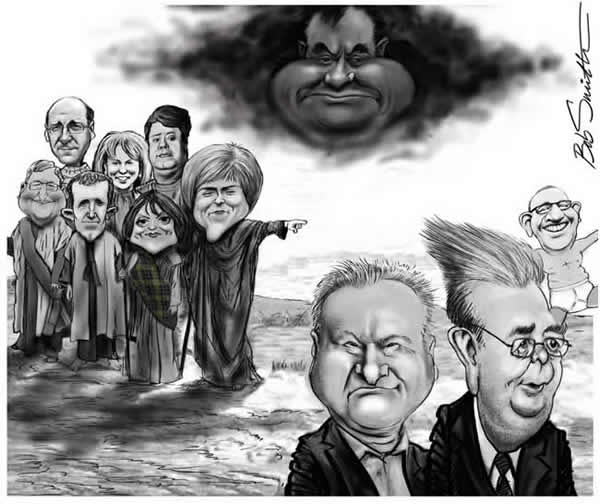 I
One afternoon some years ago, in the Springburn district of Glasgow, our deputy editor Islay McLeod was taking photographs in a pocket of derelict social housing within walking distance of Buchanan Street’s high-end shops. Block after block had been evacuated in preparation for the bulldozers. She was struck by the desolation of the scene and the dead silence so near the centre of a large city.

It seemed inconceivable that anyone would still be living in this wretched place – and yet, as she was directing her camera at an apparently deserted block, she detected signs of life behind a window on one of the higher floors.

When she went to investigate, she found an old couple – two of the original tenants – clinging on, refusing to budge from their home. They told her they remembered when their scheme was new and respectable, inhabited by hopeful young families, and how they had observed its decline and depopulation. And now, almost alone in the neighbourhood, they lacked most of the facilities for civilised living; even the water supply was no longer reliable.

But they were determined to stay until their landlord, a local housing association, provided a decent, safe alternative; and, so far, the landlord hadn’t. It was a long-running dispute; a stand-off from which the housing association emerged with little credit. It appeared not to care about the needs of two vulnerable people.

As soon as we went public with the story, it came to the notice of Scotland’s then housing minister, Alex Neil. These were the early days of the first SNP administration (2007-11), a minority government of unusual sensitivity and receptiveness; it is easy to forget how different it felt after the years of Labour complacency. Mr Neil’s office got in touch with an offer of help. The minister would go to Springburn, meet the old couple, see what could be done. This was an extraordinary initiative, and it made a difference. The old couple were swiftly and suitably rehoused, while the housing association was taught a lesson about the defects of its own bureaucracy.

Gesture politics? Of course. But in a country deprived for so long of direct control over its own affairs, gestures mattered. They showed by example what had become possible.

Around the same time, we ran a series of pieces critical of the new administration's arts policy: the apparent trend towards a more aggressive, market-led approach; the appointment of business executives to the boards of cultural bodies; the shortcomings of the new funding agency, Creative Scotland. The culture minister, Michael Russell, could have ignored the barrage. Instead, he sent us an article calmly explaining what he had in mind and assuring Scotland's artists and writers that their anxieties were misplaced. This too showed an acute political touch.

No doubt our positive experience with that first administration was repeated in its association with others. Sadly, though, it is impossible to imagine anything like it happening now. The political atmosphere changed after the 2011 landslide victory: at first barely noticeably, more markedly during the referendum campaign, and at a galloping pace under Nicola Sturgeon's leadership. There is no longer any question of co-operation or engagement with critics. The shutters have come down.

II
Neither of the ministers with whom we had direct contact between 2007 and 2011, Alex Neil and Michael Russell, is part of the present administration (I am sure it's just a co-incidence). There was no place for Mr Russell, one of the smartest intellects his party possesses, in Ms Sturgeon's first cabinet; there is no place for him in the new one. You have to wonder why. Is he too bright for the leader's taste? Might he, if he were still in high office, be tempted to do something off-message, if not downright subversive – an article for the Scottish Review, perhaps? Or was he simply regarded as a potential threat to the incumbent?

Whatever the explanation for his absence from Ms Sturgeon's inner circle, the omission is perverse. Her party is not so richly endowed with talent that it can afford to exclude one of its best.

Mr Neil's decision to quit ministerial office at the relatively tender age of 64, a decision said to have been communicated to the first minister a few days before her cabinet reshuffle, is likewise something of a mystery. Few believe that his departure was voluntary. Ms Sturgeon seems to be making a habit this month of receiving neat little resignation letters from servants she judges surplus to requirements; her desk is in danger of becoming rather cluttered by them.

One of the problems with Mr Neil is that he had the misfortune to be born a man. It may be his main problem. The leader's obsession with gender balance – which allegedly borders on the fanatical – means that the number of men in her cabinet must never exceed five. Ms Sturgeon, enjoying her customary Saturday night steak at home with the chief executive, may have done a rough count of the chaps at her disposal and got as far as a wholly unacceptable six. By the end of dinner, Mr Neil had gone down with the potatoes.

Although it's flirting with the heretical to admit it, this is not an impressive cabinet and one of the reasons is the strict equality insisted upon by its leader. While Mr Russell, consigned to the sidelines, occupies himself with a professorship – the familiar consolation of disappointed men – the inner circle includes at least two women who have been promoted above their abilities. I have never forgotten the night when one of them, at an event I was chairing, categorically denied the existence of a homeless problem in her constituency and had to be corrected by two young people in the audience, both of whom had been sleeping rough in that constituency. I formed a poor impression of her then. Nothing she has done or said since has altered that impression – yet there she is, a regular fixture in the Sturgeon cabinet, one of 10 people in charge of Scotland. One reels in astonishment.

With the banishment of the nationalist alpha male – including the romantic revolutionary in his trademark Marks and Spencer underpants, who will no longer be spearheading the renewed push for independence – the leader presides over a diminished and pliant coterie which includes no obvious successor. But the tighter the discipline Ms Sturgeon imposes, the less scope she allows for independent thinking, the greater her demand for submission to the narrative, the more accident-prone her party seems to be. For the first time since it tasted power nine years ago, it is starting to attract ridicule. That is often the first stop in the long road to Nemesis, for which there are no free passes, merely a long, bumpy ride at the full fare.

Ms Sturgeon could yet rescue the situation if she spent less time as a political evangelist and more on the business of good government, but I'm not hopeful. We may look back on the 2007-11 SNP government, with its spirit of inclusivity, its relaxed style and its record of competence, led by a politician at the peak of his considerable powers, as the best of its era. Next time we find an old couple left to fend for themselves in a derelict block of flats, we'll be on our own.

KENNETH ROY
Home
Into the wilderness: the men in Nicola Sturgeon's Scotland

GERRY HASSAN
Essay
Why does football matter so much in Scotland?

JEAN BARR
Favourites
A personal selection of things of value

ANTHONY SEATON
Politics
Though I'm in, I want to shake it all about

R D KERNOHAN
Politics
How real is the Tory revival in Scotland?

RACHEL MACPHERSON
New Voices
I have the power to delete myself, but I can't
do it

Next edition of the Scottish Review: 1 June 2016