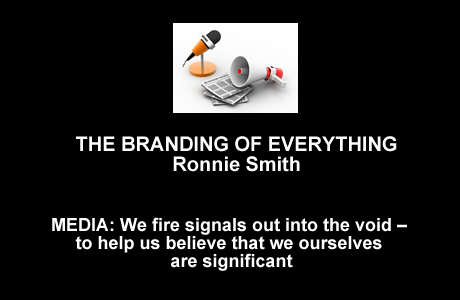 Everywhere one seeks to produce meaning, to make the world signify, to render it visible. We are not, however, in danger of lacking meaning; quite the contrary, we are gorged with meaning and it is killing us.
Jean Baudrillard

It took around five minutes after learning of the 13 November attacks in Paris for me to see my first image of Jean Jullien’s 'iconic’ conflation of the 'iconic’ Eiffel Tower and the 'iconic’ ban-the-bomb logo. 'Iconic’ is an over-used word but it seemed quite appropriate that two older icons should be combined to give birth to a third. Almost immediately I started to see people adopting the new icon as a changed profile picture on their endless and increasingly ill-informed comments across social media. It became clear that everyone had something, indeed many somethings to say, about this shocking event and yet and yet, ultimately it became clear that they had nothing of substance to contribute. How could they?

Commenting on social media satisfies our need to emit, for that is what 'commenting’ and 'sharing’ is. We fire signals out into the void, like the probes we send beyond the solar system containing coke cans telling the universe that we are imbeciles. We do it in order to feel that we are part of and connected to significant human events, to help us believe that we ourselves are significant.

Jean Jullien’s work, for example, is now firmly embedded in the events of 13 November. He, or rather his simple drawing, has become part of millions of personal but very public responses to a murderous act of terrorism in a city that many of us know so well. With one simple click or tap, from the safety of our own keyboards or touchscreens, we can become 'Charlie’ whenever we choose. It seems that a Jean Jullien will always be on hand to supply us with the logo around which we can gather online to emote and find security by emitting together.

However commendably social this may at first appear, Jean Jullien’s spontaneous and clever little icon immediately and significantly reduced the scope of our thinking about the event. He literally gave expression to the binary idea of 'Ban the bomb in Paris’. It is a visual slogan designed, like every other slogan, to simplify and encapsulate a limited understanding of complex issues and events for the benefit of large numbers of people.

In effect, Jean Jullien branded the event and channelled all of our shock and outrage in a particular and almost gratifying direction. His logo presented us with an off-the-shelf response that huge numbers of us grasped with both hands and remember, in the virtual world there is no shortage of stock. The intellectual brand is only a click away. Supply will always match demand and just as the Apple, Nike and Mercedes logos are universally recognised and trigger a deliberate and narrow set of intellectual and emotional responses, so too will the Eiffel ban the bomb.

We can expect to see T-shirts and fridge magnets in the shops on the Rue de Rivoli, as the grotesque dynamic of our all-important market takes hold, at a decent interval of course.

The reduction of our understanding of complex issues to simple formulae has become increasingly necessary for our shallow social media discourse. We also seem to depend more on what are referred to as 'memes’, 'tropes’ and 'info-grams’ (note American spelling) in order to both transmit and receive digestible information. We have become so used to communicating through the use of branding symbols that it is becoming perfectly normal, over time, for our thinking to shrink to the same level. For example we are far more likely now to copy, paste and share a headline with an appropriate comment without ever stopping to think of it in terms other than those which the original editor intended. It just takes a few seconds. Actually it’s a bad habit that I have to stop.

It is often said that we now have far more information available to us than ever before. Those younger than me have grown up with this 'advantage’ and so have not experienced the enforced periods of reflection between TV and radio bulletins that were only transmitted during lunch and dinner. They never got to see 'Panorama' once each week. I know a number of people who spent all of 14 November connected to 24-hour news channels of one kind or another. They received, rapidly digested and breathlessly regurgitated information through social media all day long with almost everyone following the simple tone set by Jean Jullien.

The events in Paris consumed them and countless others and frankly, they collectively contributed to the vast ocean of hysteria that accumulated throughout the days that followed. The information they received was necessarily shallow because it was immediate. They could therefore not consider that information in any depth and so their subsequent emissions on social media were equally shallow, inaccurate, self-regarding and pointless. There was a deafening stampede of empty comment across the world, unified in loyalty to Jean Jullien’s brand logo.

But how many of those sharing and empathising possess a genuine understanding of the astoundingly complex matrix of interests, actions and reactions over many years leading to the Paris atrocity? Going back to the Charlie Hebdo attack, how many of those claiming membership of that cult of solidarity had any previous knowledge of Charlie Hebdo whatsoever? Furthermore, how many of them, had they known about it beforehand, would have condemned the magazine for being politically incorrect and 'racist’?

The concepts of meaning and consequence are becoming confused. In TV studios, the pages of newspapers and the outpouring of bloggers the question, 'but what do the Paris attacks mean…?’ was constantly asked. The answers usually included the phrases, 'greater airport security, increased surveillance, closed borders and the de-facto suspension of the Schengen Treaty’. But these are consequences, not elements of meaning. Consequences that personally affect us, causing us greater inconvenience but not enhancing our understanding. For meaning, deep and substantial meaning in this case, you probably have to start with T E Lawrence.

For example: 'The people of England have been led in Mesopotamia into a trap from which it will be hard to escape with dignity and honour'. As it has turned out, he was guilty of gross understatement.

I suggest we hurry up as it seems that the corporate world, with its tightly structured discourse, is in the process of commandeering how we think about and communicate our ideas on politics, society and morality. Thus we will become unable to consider the meaning of our lives and events as anything other than an expression of interests, informing our perceived need to meet pre-set intellectual targets.

Logos, brands, icons and slogans are representations of ideas, concepts, responses and values. They are at best two-dimensional and are not an indication of a deeper understanding of anything. They are mere signposts intended to point followers and customers in a direction pre-ordained by their creators on behalf, in turn, of their sponsors. Executive summaries rather than comprehensive reports.