Thursday 1 September
I have never thought of John Swinney as a man with much of a sense of the comic. His sober and earnest manner gives the impression of someone who may have undergone a humour by-pass operation at an early age. But clearly I have been missing something. His latest pronouncement as cabinet secretary for education indicates a capacity for mickey-taking of a high order. In a letter sent to teachers across Scotland he acknowledges that, in recent years, teachers’ time 'has become cluttered by a plethora of guidance and advice that, however well-intentioned, has led to increased workload, confusion and duplication'. He assures them that he is 'absolutely committed to liberating the teaching profession from unnecessary bureaucracy to enable it to do what it does best – teach'.

Towards this end, new guidance has been issued, designed to clarify and simplify what is expected in relation to Curriculum for Excellence. It consists of lists of bullet points advising teachers 'what to do’ and 'what to avoid’. And the source of this guidance? It comes from Education Scotland, the very organisation which has been the main cause of the proliferation of jargon, excessive bureaucracy and growing discontent among staff. In other words, the body which has been responsible for creating the problem is now being charged with providing the solution. Surely you’re having a laugh, Mr Swinney?

I know quite a few people who have worked for Education Scotland. Several (and not only those on temporary secondment from schools and local authorities) left after a short time, reporting low staff morale, political infighting and serious divisions between the inspectorate and those with a background in staff and curriculum development. The organisation is also subject to constant pressure from civil servants acting on behalf of the government.

It is just conceivable that there may be a longer-term cunning plan in Mr Swinney’s latest move. If Education Scotland fails to bring about the clarification and simplification that the new guidance hopes to provide, he may then have grounds for introducing major reform to the remit, priorities and structure of that organisation. In the meantime, however, classroom teachers will have to negotiate the changing language of Curriculum for Excellence as best they can.

Friday 2 September
In an interview on Channel 4 News about his latest book 'Nutshell’, the novelist Ian McEwan was asked if he ever suffered from writer’s block, the condition which sometimes paralyses even highly successful writers. He replied that he didn’t believe in the concept and that if a particular project wasn’t going well that was an opportunity to read, travel or spend time with the family. He then added: 'Hesitation is a crucial element of creativity'.

The comment struck me not only as insightful in relation to the creative process but also as something that might be applied to other areas of life. So much is expected to be instant nowadays. We have 24-hour news, with immediate reactions on social media and the expectation that there will be swift and effective responses by the relevant agencies. Clearly this does and should apply in cases such as national security or medical emergency, but there are lots of situations in which delay and reflection – in McEwan’s term 'hesitation’ – would be a more sensible course. Hastily-drafted legislation in the face of public outrage over some tragic event may have to be amended after only a short time. Policy-decisions by governments, perhaps made when they feel they have to be seen to be doing something, often turn out to be ill-judged. Knowing when to act and when to wait, if not exactly for creative inspiration but at least for the fruits of careful reflection, informed by evidence and research, calls for sound judgement.

The pace of modern life, driven by sophisticated technology, means that there is a constant drive to find quick solutions to problems. This encourages politicians and others to offer confident soundbites rather than more measured responses. A related danger is that lessons from the past may be missed altogether. What has been called 'the parochialism of the present’ can lead to an arrogant disregard of what history might teach us. Taking time to look beyond the immediate should not be regarded as wilful delay, but as evidence of intelligent 'hesitation’.

Saturday 3 September
I was asked today why I have never joined either Twitter or Facebook. The short answer – which was the one I gave – is that I have neither the time nor the inclination to do so. It’s hard enough keeping on top of my emails without opening up other message trails. I might have added that my modest and self-effacing nature makes me disinclined to project myself into the public sphere in this way, but I suspect that may have provoked mocking laughter.

Afterwards, I felt that the question deserved a more considered answer. After all, these social networks are clearly valued by millions of people and Twitter, in particular, is often an arena for lively exchanges on matters of public interest, as well as a forum for much trivia. I suppose, however, that I am temperamentally suspicious of instant reactions to serious events, especially if they are subject to very tight space restrictions which encourage glib headlines. I also think it is unhealthy to spend as much time as many people clearly do, absorbed in a virtual world when there is so much in the real world that merits attention.

As for Facebook, I would have very little to report since I prefer a quiet life to the frantic activity that seems to drive many of those who join. I can well understand its appeal for keeping up with one’s social circle but, as we know from a number of disturbing episodes, it can also be used for other, in some cases malign, purposes. Furthermore, all social media can be seen as a reflection of the 'look at me’ culture which is now so dominant. Giving people recognition for real achievement is fine. But the self-promotion of many subscribers to social media sites is often based on fantasy or wish-fulfilment: they project an image of themselves which is delusory or dishonest. Those who read and respond to their entries may be travelling along the same psychological path. The scene is thus set, not for a meeting of minds, but for mutual disappointment.

I shall stop short of the grand conspiracy theory – that social networking is a global project by international media corporations to occupy people with time-wasting nonsense to stop them thinking about what is really going on in the world.

Sunday 4 September
Some older people acquire a reputation for grumpiness. In my own case, I try to keep it under control, not always successfully. I have, however, developed a rating scale to classify the level of grumpiness that might be involved. At the lower end, there is the 'mini-rant’, a short outburst usually about something utterly trivial. The next stage is the 'Victor Meldrew’, named after the Richard Wilson character in 'One foot in the grave’. This involves a general tendency to rage against the world and a capacity to create situations that lead to raised blood pressure. Then there is the 'major tantrum’: symptoms here include shouting, bad language and foot stamping. Finally, there are those 'reach for a Kalashnikov’ moments, when all control is lost and police and medical intervention is required. I offer this classification to SR readers for use with family and friends.

Monday 5 September
Today was the first meeting of my local writers’ group after the summer break. Normally we have a set topic, but on this occasion we were encouraged to bring along anything we liked. The group is small enough to enable us to read out our efforts and get some feedback. We aim to be encouraging and constructive in our comments on each other’s work, though I think progress depends on being able to take on board some more critical observations.

The contributions were varied. Non-fiction pieces included robust commentary on current political events and an entertaining report by a lady who took up skiing in retirement. A biographical extract featured a brilliant German scientist who was persecuted by the Nazis and had to flee to Switzerland. One member read a section from her latest crime novel. There was a story of domestic conflict caused by the husband’s obsession with toy soldiers and battle re-enactments. Two pieces drew on the supernatural to create highly atmospheric narratives.

The group enjoys humour so my own contribution was a short story entitled 'Medical Manoeuvres’ about an uneasy doctor-patient relationship. The opening sentence was: 'Frankie always referred to his local medical centre as the Harold Shipman clinic'. I don’t think I’ll show it to my GP. 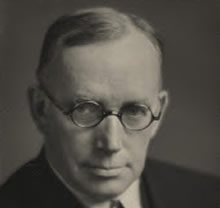 My job interview with Bridie
A memoir by Iain Macmillan, introduced by Fiona MacDonald and read by Kenneth Roy 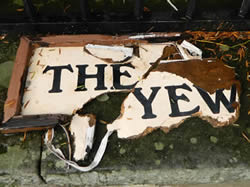 Next edition of the Scottish Review: 15 September 2016
Sign up free