It used to be said that it was Scottish nationalists who were the conspiracy theorists. What, then, are we to make of Kenneth Roy’s article (25 August 2016) on Scotland’s 'cultural police’, the 'tiny elite’ of nationalists who seemingly 'control’ Scotland’s artistic output, as though such a thing were actually going on (or indeed possible)?

Has anyone ever found a single example of Creative Scotland rewarding an artist on the explicit basis of their 'nationalism’? Roy certainly doesn’t bother to come up with one here. He tells us that he read the composer James MacMillan’s recent piece about the Scottish arts in the Spectator magazine with 'more than usual pleasure’. This will be the same one which referred to those cultural commentators who back Scottish independence as 'vile’ and 'venal’? Are we to take it that Roy agrees with this description?

In 2014 MacMillan wrote an essay for the Scotsman traducing the late poet Hugh MacDiarmid for remarks he made in support of fascism, which turned into a smear against contemporary Yes-supporting writers. The article concluded that such artists might 'end up supporting evil'.

'Evil’. Stop for a second and imagine the response had a Yes-supporting writer referred to No-voting artists as 'vile’, 'venal’ or 'evil’.

MacMillan quotes a Guardian piece in which I opined that some of James Joyce’s work is overrated. So what? I don’t have to like it. Yet this appears to make me suspect in MacMillan’s eyes. He then claims that I elevate the work of the novelist Alasdair Gray above Joyce because Gray – says MacMillan, ventriloquising for me – is 'a man of the people, writing for the political realities and aspirations of the new Scotland'. I made absolutely no reference to Alasdair Gray in the Guardian article. MacMillan has simply invented this.

He asserts that the novelists Andrew O’Hagan, Andrew Crumey and Jenny Turner are 'ignored, marginalised and disdained’ in Scotland because it is perceived they’re somehow not Scottish enough. It’s worth saying that no writer automatically deserves praise simply because they exist, although, as it happens, they are all fine writers. Even so, a quick Google search tells me that O’Hagan is the recipient of four major Scottish-based awards, Crumey is the former literary editor of Scotland on Sunday and Jenny Turner’s only novel to date was shortlisted for the Scottish Arts Council First Book of the Year. It comes garlanded with praise from Scottish journals The List and the Sunday Herald, as well as the novelist Alan Warner (who, as it happens, supported a Yes vote). Does this sound like 'marginalisation’ to anyone?

O’Hagan is defended by MacMillan against a supposed 'tirade of abuse’ – in other words, criticism? – for having ‘the temerity to question Neil Ascherson’s romantic puff piece on Scottishness, Stone Voices’. So O’Hagan, in his capacity as a literary critic, merely 'questions’ works he doesn’t like but his respondents are 'abusers’. Seeing a double standard here?

'Anyone praised by London is dubious,’ MacMillan assumes of Scotland’s all-powerful arts magnates. Anyone? What sort of vague, sweeping assertion is this? Irvine Welsh’s first three books were praised to the heights by London critics. I don’t see anyone in Scotland claiming this somehow delegitimises him.

Roy, meanwhile, alludes to herd-like 'writers and artists singing from the same patriotic song-sheet’. What this actually means are artists who believe that those living in Scotland should be able to choose who governs them. Heaven forfend. Some artists might indeed have similar political opinions to each other, in the same way that some people do. What is so very unusual about that? Is it not plausible that such artists have reached their own conclusions about Scottish politics and are not following instructions from the SNP? Has Roy heard of Occam’s Razor?

MacMillan and Roy repeat Alasdair Gray’s contentious remarks about English 'settlers and colonists’, without pointing out the crucial distinction that Gray made between those with little understanding of Scotland, who take a top position in the arts here as a means to a bigger one elsewhere, and those who settle in Scotland and enrich the culture.

They upbraid the poet Kevin Williamson for suggesting a 'social audit’ of government officials and public employees to discover their 'demographic’ and 'who they speak for’. His point, it’s worth noting, was about class rather than nationality, and it’s one he later expressed regrets about. Yet this 'audit’ is almost exactly what MacMillan and Roy are doing in their own way when they gesture towards phantom nationalist cliques which supposedly control the arts.

I write here not in defence of Gray or Williamson, but to highlight Roy and MacMillan’s inconsistent approach.

MacMillan followed up this 'excoriating critique’ of Scottish culture in the Spectator with a piece proclaiming that the SNP controls Scotland’s Catholic church. One would think the SNP some totalitarian regime instead of a moderate, centrist minority government in a devolved parliament which has limited powers. We really are reaching 'Nats under the bed’ levels of paranoia here.

Stuart Kelly – whom Roy quotes, and who, unlike MacMillan, really is one of Scotland’s finest literary critics – guards against 'studying Scottish literature to discover its vexed relationship to the constitutional settlement'. Quite.

If there’s a 'cultural police’ actually at work it may not be the one to which MacMillan and Roy think they’re referring. 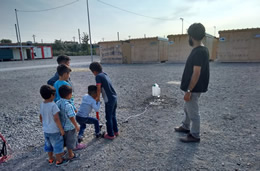 La Linière
The first in a series of despatches from a refugee camp in France by Nannie Sköld, a former delegate of the International Young Scotland Programme. Click here 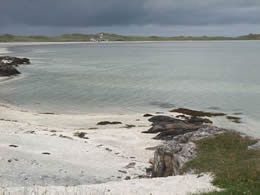 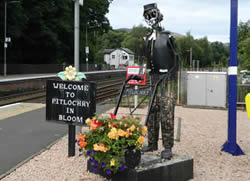 Next edition of the Scottish Review: 8 September 2016
Sign up free