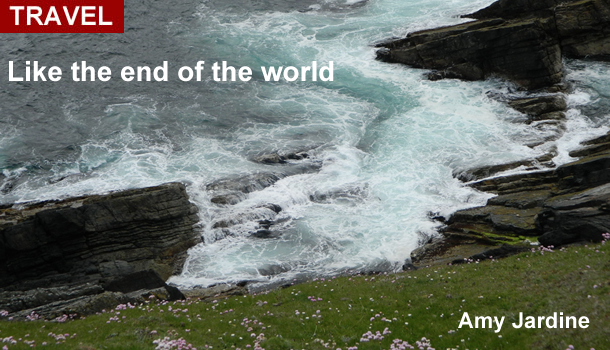 We blew north on a gale, the little plane trembling, its wings at play. ‘We landed by the skin of our teeth’, the captain announced cheerfully at our pit stop in Kirkwall, as we waited for the runway to be cleared of enough snow to allow us to take off again. Never a great believer in the credibility of plane travel, I arrived quite white-knuckled in Shetland.

We commenced our unbelievers' Christmas together with family. It was an atheistic gathering with the telly turned up to battle the racket of the force 11 winds at the window. The stream of children’s movies was richly life-affirming, exuberant and dashing. We huddled with wine. Fire. Pyjamas. The only act of faith we undertook was a dutiful blast outdoors now and then, to acknowledge the wilds beyond. There were 40ft waves recorded elsewhere on the islands, and fleeting pink sunsets, revealed for a minute or so by the dense slate clouds.

The holidays – for those lucky enough to get some time off – are a revelling in the here and now. The world is elsewhere. I read books as if I had all the time in the world. We stayed up late. Ideas were presented, a bait for conversation. My brother said, ‘time doesn’t exist’, as we sped by car in the dark from the Westside (Wastside) to Lerwick. The idea was: everything exists at once. We took the bait, unravelled the claim, considered it.

The first people to discover Shetland found islands woolly with dense low trees. It would have been drier, too, and as much as three degrees warmer than now. What we found this year as we drove were empty hillsides, an uninterrupted skyline, smooth as a stone. We passed houses ablaze with lights. Christmas trees glittered in tall double-glazed windows. Eaves were decked with fairy lights.

The people who lived here before the Picts left almost no clues, but the Pictish people buried their dead with the tools they required for a successful afterlife. It seems a poverty of the imagination to think that what follows our departure from this world is – well, more of the same. Then again, we cannot know their Pictish minds. Possibly they buried axes of felsite and fretted, knowing full well this would not cut it in the afterlife. Perhaps they hoped for understanding from the foes beyond; only a Shetland axe. Perhaps they comforted themselves with visions of their fathers and brothers striding into the afterlife as giants. An axe to crush a town.

My brother thought it helped with history, to imagine all kinds of events without any discrepancy in significance. Imagine it happening now, and happening always.

When the Vikings settled in Shetland they apparently destroyed prior customs and language, imposing their own. I wonder if it happened as violently and as absolutely as it now seems; if there weren’t more similarities than strangeness. The Vikings, too, buried their loved ones with human tools and earthly amulets. All helpless and hopeful before the shared unknown. They sent their faithful departed sailing gently away into the sea with everything they might need for the next part.

We went to the museum where I saw oblongs of felsite, a perfect beauty. We politely viewed an exhibit on the famous fire festival Up Helly Aa (the ‘Swiss Girls’ squad of 1910 is showcased, a photograph of a stern bunch of men in pigtails and aprons). We read about stone houses, the but-and-ben with only alcoves for sleeping in.

At night I sailed into Norseman dreams to the sound of the gale outside. A ferocious anger was at work out there. I shut my eyes and pretended I was in an alcove.

Back home in Glasgow, I’d begun to sink, in the unremarkable way that a lot of us stumble from time to time. Bad news was all around, apparently more than usual, and yet from day to day I was safely ensconced in routine and far away from trouble. My good luck was an uneasy, queasy feeling, when news came from elsewhere. Chance and randomness appeared malignant, so keen was I to imbue sense into things. The future was something I had stopped thinking of (I promised myself this cowardly move was a temporary break).

In the museum we read about the Black Death, which arrived by ship from Norway. We read about a time of famine and smallpox when it must have seemed – Shetland now stripped of trees, its temperature sinking – like the end of the world.

Then we museum-visitors were met with boats suspended in an air-conditioned hall of air and light. I held on to the coarse wood of the lip of a huge vessel, looked in its belly. The names of fish offered monosyllabic poetry: cod, ling, tusk, saithe and skate. Boats brought to Shetland the end of the world and the means to survive.

That night we all trustingly got on to a little plane with propellers and sat inside, and without any real clue of the mechanics of the thing, I was nevertheless carried upward into a blood-red sunset. Above the first skin of clouds, we were surrounded by red light. The setting sun was a fire. Red as the end of the world – but we sailed so very gently through it, and the air stewardess gave us little paper cups of coffee as we went onward, to the next part. 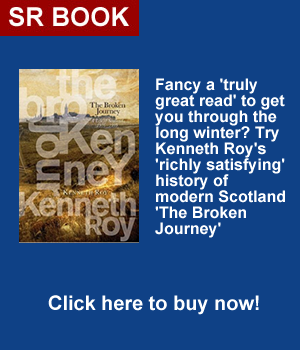