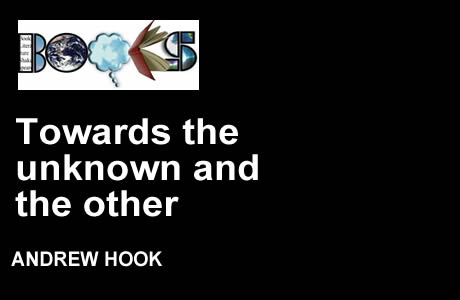 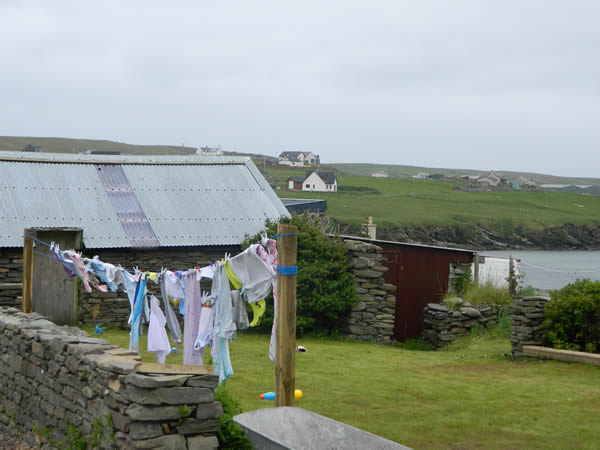 '60 Degrees North, Around the World in Search of Home’ by Malachy Tallack (Polygon)
'Poacher’s Pilgrimage, An Island Journey’, by Alastair McIntosh (Birlinn)

These are two remarkable books. Remarkably similar but also remarkably different. Both are at a basic level travel books, but both authors use their travels to provide a way of exploring wide-ranging aspects of human nature and experience. But their travels are very different in kind.

’60 degrees North’ involves travelling all the way round the world’s northern hemisphere at that exact latitude. Starting from his home in Shetland, Tallack travels west through Greenland, Canada, Alaska, Siberia, St Petersburg, Finland and Aland, Sweden and Norway, and finally back to Shetland. Each of these locations becomes a chapter in his book. In contrast McIntosh’s travels are strictly limited: he describes a 12-day walk and camping trip from Rodel, on the southern tip of Harris, to the Butt of Lewis on the northern tip of the Outer Hebrides.

Malachy Tallack is a young writer in his mid-30s, a journalist and editor, a regular contributor to the New Statesman and the Guardian, and a winner of awards for new Scottish writers. He is also a singer-songwriter and performer with four folk-rock albums to his name. Growing up in Sussex, he moved with his mother to Shetland when his parents’ marriage came to an end. Some years later he moved back to Sussex and his father as he was planning to take a course in art in London. However these plans came to nothing when his father died in a car accident.

The 16-year old Tallack returned to Shetland. Initially at school in Shetland he had been bullied because of his Englishness, but from this point on he seems to have been determined to commit himself to Shetland as his home. And in ’60 Degrees North’ he describes how, a few years later, he moved to Fair Isle, between Shetland and Orkney, and spent four years living and working there as one of its 70 inhabitants.

Author of a bestseller called 'Soil and Soul: People versus Corporate Power’, and holding a position at the University of Strathclyde, Alastair McIntosh, on the other hand, is an older, established writer and campaigner on land reform and non-violence. An ecologist, he addresses issues such as population, resources, and the environment in general. But his ecology has a strongly human dimension, focusing on the links between the natural and social environment. A Quaker, the spiritual backdrop to being human absorbs him as much as the material environment. All of these interests surface and are meditated upon in the course of the 12-day hike his book describes.

In a prefatory chapter to his book Malachy Tallack explains how it came into being. He had always been fascinated by the 60 degree latitude. Why? Because 'all along the parallel are regions whose inhabitants are challenged, to some extent, by the places in which they live. They are challenged by climate, by landscape, by remoteness..The relationships between people and place – the tension and the love, and the shapes that tension and that love can take – are the main focus of this book'.

But there was something else: Tallack’s own personal relationship with 60 degree Shetland that he admits was always 'fraught and undermined by my own past'. So it was the desire to return to somewhere he belonged that sent him on his trip around the world. Did he find that place? Well, he tells us that finally returning to Shetland did indeed feel like coming home. But we learn that, despite his best intentions, his homecoming did not endure. Malachy now lives and writes in Glasgow.

What the grand tour undoubtedly did, however, was to provide the material for a splendid book. ’60 Degrees North’ is beautifully written. The natural world in so many different forms is evoked in a vivid prose. The distinctiveness of each location – Greenland, Siberia, St Petersburg or wherever – emerges with convincing power. But Tallack does more than provide a sense of place. He also in each location skilfully offers the reader the historical context out of which today’s human inhabitation of these northern regions has emerged. Most striking and impressive of all, however, is the way in which the travel book reveals a creative intelligence that engages so dextrously with such themes as community, wildness, isolation and loss, and inevitably, the meaning of northernliness.

Thirty-three million people live in Canada, he tells us, but only 100,000 above the 60th parallel. 'For most in Canada, then, the north remains alien, a neighbour but a stranger. Many dream of it, but few ever wake up there.’ The north 'is almost always beyond the horizon'. Or, in another formulation, 'the journey north – in history, in literature, in the imagination – is a journey away from the centres of civilisation and culture, towards the unknown and the other'.

The chapter on Siberia is subtitled 'exiled land'. 'On the map of the world, there are few names that carry such a heavy burden as Siberia. Those four short syllables have come to signify more than just a place...This is a region that lives in the mind, in daydream and in nightmare...This is a place almost lost behind its own myth.’ But in what follows the reality of Siberia’s size and scale is wonderfully described alongside its history of colonial exploitation and political exile and death.

More controversially, Tallack argues against the view that identity is a matter of heredity and genes. 'Culture and history’, he suggests, 'are not carried in the blood'. 'They exist only through acquaintance and familiarity. They exist in attachment.’ His ancestors may have lived in Norfolk and Cornwall and Ireland. But attachment and familiarity makes him a Shetlander. Over and over again in this book the author’s personal experience comes alive for the reader – as when, deep in an Alaskan forest, he is terrified by his sense of the presence of a bear, or, at a different level, when he compares his shock – at realising that he is at the wrong stop to catch a bus he needs – to the moment 'you shut the door and immediately remember that your keys are on the other side'. But equally often, this hugely intelligent book opens up lines of thought that are sophisticated, exploratory and questioning. I cannot recommend it more highly.

It was in May 2009, that Alastair McIntosh made his walk from one end of the Outer Hebrides to the other. Why did he do it? In 'Beginnings’, the book’s opening chapter, he tries to explain. He tells us that a pocket compass always pulls to the north. Just such a pull is what he experienced in his mid-50s – a need to return to where he was born and grew up. But in his case the pull transcended the merely physical – it was above all to settle his 'soul’s compass’ that he undertook the journey: 'we too are pulled by north, and at the deepest level, I suppose that’s why I set out on this pilgrimage'. (One cannot help wondering whether Tallack and McIntosh have read each other’s book…) Seven years in the writing, 'Poacher’s Pilgrimage’ however, contains much more than the detailing of an actual journey – as the reference to settling the soul’s compass suggests.

On Day Eight, McIntosh describes meeting an old friend near a village called Shawbost. Kenny sees his backpack and asks whether he is hitch-hiking? 'No’ replies the author, 'Walking. The sheilings, the temples, and the holy wells. You see, Kenny, I’m on a holy pilgrimage! Immersed in God, war and the faeries, the way one does, as you’ll so eminently understand'. Reading his book, one is immersed precisely in such topics.

Malachy Tallack takes 230 pages to write up his trip around the world’s northern hemisphere; Alastair McIntosh takes 329 pages to account for his Hebridean hike of less than a hundred miles. Walking under 10 miles a day, McIntosh does describe almost every step – and the exact route is detailed down to the last place-name, mountain, moor, river, loch – all of them with unpronounceable Gaelic names, the exact etymological significance of which he almost always teases out at great length. Still there is vividness too in the writing here, and at its best the Hebridean landscape in all its variety becomes a felt presence.

But its travel book dimension is not what makes 'Poacher’s Pilgrimage’ a rewarding read. What does is McIntosh himself – and the extraordinary range of his interests, concerns, commitments, and beliefs. All of his life is here. At one point, after a long discourse about a figure who was once the greatest authority on Gaelic traditions, he writes: 'Well! Better be getting walking after all this talking'. In fact there is much more talking than walking in the book we read. He finds meaning in everything he sees. He tells us he’s 'bestowing every act and observation with miniscule attention'. His pilgrimage is an intensely personal one. Halfway through he tells us: 'part of what I’ve been wanting to think about on this walk is the way that "just war" theory locks religion in to an endless identification with violence'. And indeed there is much discussion of this issue – including accounts of his debates at Sandhurst-style military colleges in different countries.

However the issue that is most absorbing – and takes up most space – involves 'spirituality’. Talking to his friend Kenny, the author had explained that on his walk he was looking above all for 'the shielings, the temples, the holy wells’. However difficult to find today, these all provide evidences of pre-Reformation religious and spiritual beliefs. McIntosh believes that the Gaelic world has always been permeated by a sense of spiritual reality. The Hebrides 'host an astonishing array of sacred natural sites'. An abundance of stories and place names, he tells us, give witness to a worldview based on the non-material world of 'faerie’. That world should be taken seriously because it can 'open out reflection on the structure of the human mind with insights, even, into space and time and consciousness'. These are opinions that not all readers will share. And Alastair McIntosh’s deeply-felt book does sometimes begin to feel over-detailed – but the island journey it describes is one that many readers will agree is well worth sharing.

Next edition of the Scottish Review: 30 June 2016
Subscribe Today