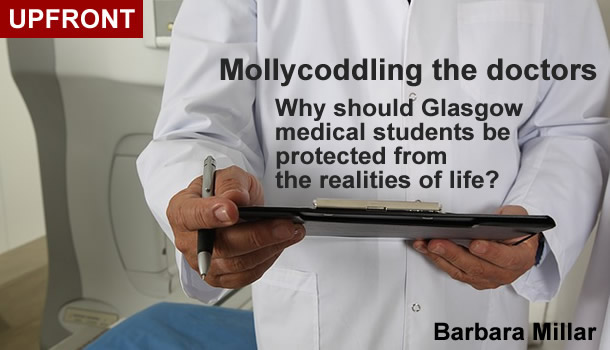 I have a brain tumour. I haven’t thought about it in years, but recent press headlines surrounding the untimely death of socialite Tara Palmer-Tomkinson made me remember that it’s probably still there. Ms Palmer-Tomkinson was, apparently, told last year by her doctor that she had a brain tumour and immediately, understandably, went into melt-down mode, fearing imminent death (her death was of completely unrelated causes). Eventually, her doctor suggested that it might have been more appropriate had he called it as a wart or small growth. I am hoping that Tara’s fears were dissipated by this more realistic description.

I know what it feels like to be told you have a brain tumour because my GP, over 20 years ago, used exactly the same words when I went to his surgery for the results of routine blood tests. I remember nothing else about that consultation, just the reverberation of the words 'brain tumour'. I left in a daze, bursting into tears in the street. Fortunately, I stumbled into my next door neighbour who took me home and calmed me down, while I tried to make some sense of this doom-laden diagnosis.

Finally, I plucked up the courage to return to the surgery and was then told that what I actually had was a microprolactinoma, a benign and very common growth, about the size of a pea, on the pituitary gland. A growth that has caused me not one single problem in all the years it has been making itself comfortable in the deep recesses of my brain. Tara Palmer-Tomkinson seemed to have had something similar, and this was certainly not a tumour that was going to endanger her life.

I wonder how many more of us have been in receipt of such a potentially devastating diagnosis, only to find out that things were not as serious as they first appeared? And what psychological damage does this reckless and rather crass use of the catch-all phrase 'brain tumour' do? I ask this because I was so very disturbed to read recently that undergraduate medical students at Glasgow University were being allowed to opt out of participation in role play sessions designed to help them learn how to deliver bad news to patients. A verbal warning is issued at the start of these sessions to alert students who 'feel they would struggle' with such difficult scenarios.

Glasgow University is one of the top 10 UK universities for teaching medicine. Isn’t delivering bad news an integral, essential part of any doctor’s job? How, if students are able to be exempted from learning through role play how to support patients through one of the most difficult times of their lives, are they ever going to be able do it for real in a surgery or clinic?

And isn’t it also important to be able, not only to deliver bad news sensitively when bad news it is, but also to explain diagnoses in realistic terms, rather than to blurt out the words 'brain tumour' and then wonder why the pole-axed patient never takes in another word that’s said.

My 'brain tumour' experience also highlights another significant problem with the NHS: the bureaucratic system which often subjects patients to a lifetime of unnecessary monitoring. Once my microprolactinoma had been confirmed by an MRI scan (it was tiny) I was then monitored annually by a blood test in a hospital outpatient clinic. I was told what symptoms to be aware of – milk secretion (prolactin stimulates the breast to produce milk) and poor peripheral vision). Year after year I dutifully attended the clinic and returned for my results. Year after year there was absolutely no change in my condition. I tell you what, I finally told my consultant, I know what changes to look out for so, if I’m worried, I’ll come back. In the meantime, the NHS can save its resources and we can both save our time. It has worked.

I believe that those of us with long-term, but clearly not significant, health issues should take more personal responsibility for monitoring them. Endless clinic and GP appointments should be the last resort. Imagine then how much more money might be available for the serious stuff – such as the real brain tumours.

The Daily Sketch
Deal or no deal?