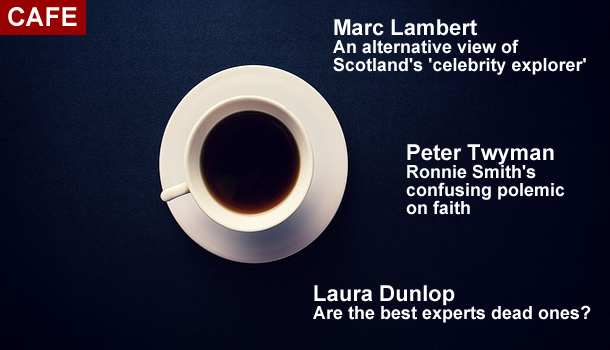 In his review of 'Sikunder Burnes, Master of the Great Game' by Craig Murray, Andrew Hook should perhaps have mentioned that Burnes’s story has already been told by William Dalrymple in his highly acclaimed 'Return of a King: The Battle for Afghanistan'. What distinguishes Dalrymple’s account is his immersion in Afghan and Indian sources of the period, sources which have never previously been accessed or taken into account. The result is a considerable feat of historical scholarship, and a finely balanced narrative that gives equal weight to British, Afghan and Indian perspectives, for the very first time.

Not having read Craig Murray’s book, I’m unable to judge how nuanced his biography of Burnes is. But I can say that in Afghanistan Burnes is very far from being viewed as a 'celebrity' (I quote from the SR headline given to Hook’s review). Dalrymple puts it this way: 'In Kabul, his talents were wasted...and he threw himself instead into the pursuit of the women of Afghanistan. In this way he made himself the hate figure he remains to this day in Afghanistan; and it was this, according to the Afghan accounts, that helped spark the final fatal explosion in Kabul and his own gruesome death on 2 November [1841, the outbreak of the first Afghan war].'

Meanwhile, Hook describes Burnes as a 'true child of the Scottish Enlightenment.' Er... aye. But only if the end result of enlightenment is hubris, womanising, cultural insensitivity, murder and war. Hook also speaks of 'our imperial history', despite being avowedly unfamiliar with its basic geography. Who is included in that possessive pronoun 'our', I wonder? Time to be enlightened by Dalrymple, I’d say...

I was nonplussed by Ronnie Smith’s confusing polemic about ‘Faith’. He started from some questionable premises, and at one point engaged in a parenthesis purporting to be an analysis of the apparently self-evident structural weakness of the UK economy. He then outlined how people of different – or was it similar – political faiths have ended up in different – or was it the same – political parties, blind to contradictions between what he sees as those parties’ actual ideologies and what he believes to be the faith of their new adherents.

I’m sure he’s right that the current issues that are preoccupying commentators and voters do not fit neatly into two or more camps represented by our traditional political parties and ideologies. That’s one of the reasons that a general election would be rather meaningless right now. Brexiteers and non-Brexiteers both appear in large numbers in all the major political parties, the only exceptions to this being UKIP and the Liberal Democrats, who are solidly pro- and anti-Brexit respectively. But no one’s expecting either of those parties to make an electoral breakthrough in the near future. Things are a wee bit more nuanced than that. Look at how in Scotland we see the SNP with a lot of electoral support but that doesn’t seem to translate into an equivalent amount of enthusiasm for breaking away from the UK. I’ll leave aside his attempt to draw a parallel – or was it a distinction – between the situation in the US and the UK.

But I think he’s wrong to try and shoehorn this whole confusing and unprecedented breakdown of the old left/right opposing ideologies into his new analysis. He compares the situation of what he calls the ‘leavers’ or ‘remainers’ (in this case referring not to leaving or remaining in the EU but to leaving or remaining in the Labour Party) to misguided acolytes of religious faith enthusing about practices that are inimical to their better natures just because they have faith.

I started by referring to Ronnie’s questionable premises. I think he is wrong to attribute all our current ills to what he calls faith. As far as I can see from his analysis it is only recently that faith has been infected with the bug that has turned it into ‘malware’. To stretch his odd metaphor even further we might say instead that the hardware (the current political situation) has developed beyond the ability of his software (faith in the old left right ideologies) to operate.

He has also left out the motive of fear. Many people work vigorously in support of a political party not because they have a belief in ‘miraculism’ (the idea that everything will be all right if we just have a change of government) but because they distrust the instincts of the people they are opposing. And right now it doesn’t seem to matter who you trust or who you don’t trust, there has been a referendum result, and like it or not, whatever our faith or fears, we are going to have to see it through. And we will be doing that along with a very heterogeneous collection of equally confused people all with very different faiths and fears. We’re just going to have to get used to it.

Anthony Seaton suggests that experts should only be recognised as such posthumously. Like saints I suppose, although, unlike saints, their capacity for active intervention at that point might be described as nil. When I started in litigation, three decades ago, legal writers had to be dead (do I mean ‘to have passed’?) in order to be viewed as authoritative. A young lawyer, appearing in Glasgow Sheriff Court in 1989, tried to rely on one of David Walker’s textbooks to support his argument. ‘Is Professor Walker dead?’ enquired the sheriff knowing, as all good lawyers do, the answer to his own question. ’No’ said YL, adding in a frantic stab at ranking, ‘but he is retired’.