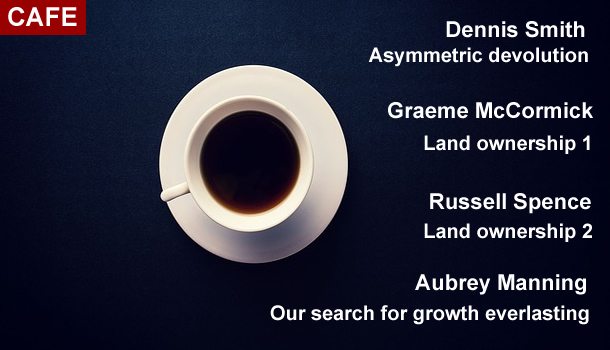 Kenneth Roy's splendid piece about Scotland's dodgy claim to be morally superior sadly lacks some essential information. (Can't get proper investigative journalists these days.) Discussing the historic decision to ban corporal punishment in schools, KR says casually that the 'tawse' was manufactured in Lochgelly, Fife. What he lamentably fails to reveal is that the specimen belts that were flown to Strasbourg for examination by the judges at the European Court of Justice were actually made in Cowdenbeath.

The firm that originally made the lethal instruments – Dick the Sadlers – was based in Lochgelly, but such was the demand for 'the strap' that most of the work was subcontracted to Cowdenbeath. At the time of the celebrated court case, 2,000 straps a year (XH 'Extra Heavy' being the most feared version) were being exported from Cowdenbeath to many parts of Scotland.

I can still conjure up the unjust pain of six lashes from a psychopathic metalwork teacher at Beath High School for the terrible crime of bumping into a pupil while walking down the sloping, underground basement corridor. Beath High School was built on coal. Literally. The building had to be shored up a few years after it was erected because of underground pit workings. The school was sinking slowly into the ground, but it did not do so uniformly. Walking through the school was always an interesting and unpredictable experience: Beath High was a finishing school for the Ministry of Silly Walks.

Mr Roy also signally fails to reveal that the two mothers who brought the test case to the European Court of Justice at The Hague were from Cowdenbeath. The boy who was suspended for refusing to take the belt – thus sparking the celebrated case – was a pupil at Beath High. You see?

I thought SR's readers would wish to know all this. For those who hunger for more details – most readers, I would imagine – may I recommend a book titled 'Black Diamonds and the Blue Brazil'. I would not be so crass as to mention the author's name. The book was described by that fine investigative journalist, Kenneth Roy, as 'not only the story of a triumphantly doomed football club, but the sad and funny chronicle of Cowdenbeath itself'. The new edition is in all discerning bookshops now.

In reply to Gerry Hassan: What we think we are and what we are perceived to be by others are two entirely different things. Specifically in relation to Scotland anyone who has travelled even the smallest distance outwith our borders will certainly quickly become aware of that.

To suggest that we should stop focusing on our identity is either to misunderstand the issue or to relegate being Scottish to a similar status as being from Lancashire or Yorkshire. If we allow our Scottish identity or anything which differentiates us from others within the British Isles to lapse then we may as well go the whole hogg and accept English as our nationality.

There is no British identity and to most onlookers England and Britain are one and the same. Only by continuing to fight our corner will we retain any Scottishness.

I feel weary of all this talk of separation, don’t you? I doubt many of the Brexit voters gave much thought, if any, to matters of security. The carnage of the second world war barely crossed their consciousness. Has peace brought complacency? Through Brexit Europe is less united today. That could be perilous. Un-perfect, the EU was a fixer-upper. Now it is possibly a falling shed on other people’s land. Is that good for us? Face it, we did it.

The SNP will rant that this fiasco is down to Westminster. I think not. The SNP with their clear focus on independence – at almost any price – are culprits. At times their rhetoric on the English has verged on racism. Scotland being part of the EU separate from the rest of the UK is but a distraction from real-politik; i.e. it won’t happen. How much life space should be spent on debating such matters?

Connectedness is what the accelerating IT revolution will drive on, like it or not. Everything that can be known about anyone will be known, to anyone who has sufficient interest. Our lives are changing beyond our grasp. Is that why we focus on separation? Retreat to corners? Perhaps. I would rather that as an explanation than racism, including the anti-English tendency.

I hope the separation tide has reached its high watermark. All sides, it seems to me, are rowing hard to retrieve the best out of Brexit. The future is integrated, collaborative. Imperfect in many ways, the UK was a great achievement. The SNP has been up and down, and up and down about the EU. Might this be the moment to forget all that and focus on making the UK work best for all involved?

It is nice to know that one’s articles are sometimes read. Joe Cryans inadvertently makes my point for me; however his letter suggests he has either not read or not understood what I was saying, which is to employ your brain before accepting that someone is an expert. Fallibility is a necessary part of being a scientist. He suggests that I write about climate change and Andrew Wakefield; well, I have already done so and he can find them in previous issues of Scottish Review. He should know that he is in a very small minority in his views on these subjects. As for WMD, maybe he had heard about the dodgy dossier; this was not written by experts, who had indeed failed to find evidence.

I am grateful for Laura Dunlop’s comments. Unfortunately in my own four decades of acquaintance with the courts I have come across many 'experts' who were both alive and out of touch. In my recent article on teeth I pointed out that medical expertise required support by evidence in the 19th century but this was largely forgotten until Lord Wolff’s reforms in England. Over a long period, grey hairs, smart suits and letters after one’s name counted for more than knowledge of the scientiific literature. I like the analogy with sainthood, though I think only a few souls progress to that grade. For myself, I retired 13 years ago and am rapidly forgetting things – see my essay on preventing dementia!