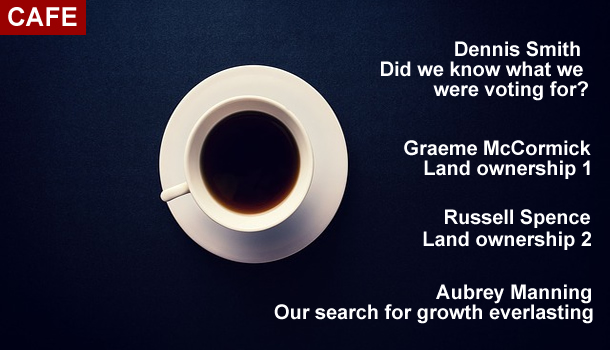 Kenneth Roy is right to say that we did not know what we were voting for in the 1997 devolution referendum. But we never do. There may be some fixed values in politics (though even this is doubtful in the long run) but there are certainly no fixed goals. Politics is an unending voyage through contingencies and uncertainties. Devolution is a process, not an event, as the saying went.

It is equally true that we did not know in 1997 that we were voting for asymmetric devolution. Then, and for a few years after, there were vague promises of devolution for England and even vaguer talk of federalism. For a short time there were hopes for a Council of the Isles that would include Ireland as well as the UK, so opening a route towards a confederal structure for the whole of the 'British' Isles.

None of this happened. Northern Ireland got locked into a power-sharing executive (now in some doubt) which had the effect of strengthening sectarian extremes at the expense of the moderate centre. And England rejected any real moves towards devolution. The result is that we have ended up in an asymmetric mess where Westminster tries – impossibly – to act as a parliament for both the UK and England.

If liberty, equality and fraternity constitute the holy trinity of democracy then the current UK constitution fails this basic test: it cannot provide equality of voice for voters. A vote in Scotland has a different value to one in England, Wales or Northern Ireland. Asymmetric devolution is objectionable as a matter of democratic principle. This objection could be met by moving towards a symmetric structure, federal, confederal or whatever, but no proposal of this sort is currently on the table.

I enjoyed Brian Wilson's article. However rather than spend a lifetime in expensive legal challenges to dubious and catch-all descriptions of land ownership such as 'ALL and HALE the Lands of Argyll' a much more fruitful way to change tackle land ownership issues would be to levy an annual ground rent per square metre on all land, sea bed and economic area of Scotland. If land owners were required to submit their AGR liability on line to Revenue Scotland then the extent of their ownership would not exceed that for which they had rendered an AGR return and they would not be able to claim ownership of anything outwith the return. Because much of the land would be then a liability rather than an asset they would be less inclined to claim ownership unless they had the funds from other sources to pay the AGR on it.

Victor Meldrew here...this may be a bit churlish and a distraction from the point of Brian Wilson's article, but I can't help myself. No one was going to be prosecuted for breaching s1.(5) of the Crown Estate Act 1961, since nothing in the section created a criminal offence and naturally not, since the section was not prohibitive against questionng the transactions of the Commission, nor the exercise of their powers, but simply declaratory of the nugatory effect of such questioning. I would have thought that even a non-lawyer politician, particularly one of Mr Wilson's vintage would know this.

It was understandable that George Robertson should concentrate on defence and NATO. However one may deplore the resources swallowed up on defence, I suppose we may cling to NATO as one force for European unity at this time of wretched dismemberment. But as a biologist I was so encouraged to see him list population growth among the challenges we face. This most inconvenient of truths is so often put to one side as we concentrate on immediate problems. Yet everywhere and certainly including Britain it’s the numbers that will get us in the end. Our world is already overpopulated if we are ever to achieve a reasonable standard for all. How to shift the mindset which suggests any mention of birth rates is just too sensitive, too delicately personal for any breath of outside opinion to advocate a fall. However nobody much seems to express shock/horror when governments deplore falling birthrates and encourage a rise with more people. All this on a finite Earth with every sign of strain on the natural systems which support us. As we continue our search for growth everlasting I sense the pressure of that extra 200,000 odd we add – net – every day and have a vision of a down escalator up which we trudge with wearying legs.