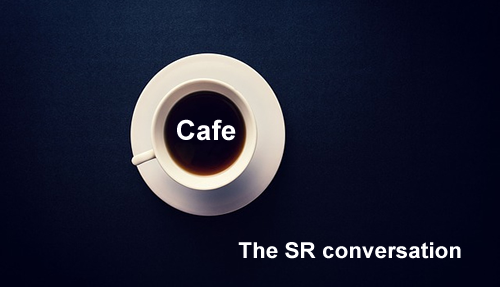 It was very interesting to read Tam Dalyell's journal entry for 6 May 1999, and his concerns of that day.

Like many others in the early part of 1999 I followed with dismay the news stories of Kosovar refugees pouring into neighbouring Balkan countries, Macedonia, Montenegro and Albania. Then NATO decided to bomb Serbia. Mr Dalyell was very much against this action, but as to whether or not it was the right thing to do – that depends on who you talk to. There is no doubt that it saved the lives of many ethnic Albanians by driving the Serbian paramilitaries out of Kosovo. If they had continued to loot, burn and kill, many more Kosovars would have been terrorised, made homeless or lost their lives – and wouldn't various governments have been criticised for having done nothing? These decisions are not easy to make.

The following year, 2000, I was working in Albania and learned how most of the Kosovar refugees in 1999 had been taken into people's homes in Albania. It was not a government decision, it was Albanian householders who opened their doors to refugees and took them in. Talking to Kosovars, including some ex-KLA soldiers who were fighting back against the Serbian paramilitaries, there is no doubt that they were grateful for NATO's intervention, and still are. After Kosovo's independence in 2008 I was taken to see the memorials for both soldiers and civilians who had died in that struggle for survival in 1998-99.

In 2000, in Serbia, Milošović was still in power but resistance movements were forming in that country to try to get rid of him. It was part of my job to keep abreast of the news and hardly a day went by without some variety of attempted or actual assassination, kidnapping or disappearance of a political figure in Serbia or Montenegro, or without some demonstration or protest, particularly by the Otpor resistance movement. To demonstrate was a highly dangerous activity, for Milošović's lackeys and hitmen were targeting, harassing and imprisoning protesters and opposition leaders.

Milošović was finally (and without bloodshed) removed in October 2000. In Belgrade a couple of years later, reaction to the NATO bombing was not surprisingly very different. Fingers pointed to the shell of a tall building, former headquarters of a TV company, where I was told angrily that six people had died when a NATO bomb fell on it. Another citizen said defiantly that crowds of people would walk up to the Kalemegdan park in the evenings, just to show that they weren't afraid. But, she said, why were we being bombed? NATO said Milošović was the problem but we knew that only too well. He was the problem for us too.

Gerry Hassan is right. It's time to get over feeling miserable. But should we ever have felt miserable in the first place? Unfortunately we too often fail to take the long view or even the broad view.

The media trades on sensation and panders to what it sees as popular sentiment amongst its readers. Readers gravitate to the channels that reflect their own world view, and those channels dutifully reinforce it for them. Seldom if ever do they stop to challenge their own thinking. Contrary evidence becomes re-interpreted or dismissed through what psychology calls the 'fundamental attribution error' – our propensity to excuse our friends faults as situational while the faults of our enemies are attributed to character flaws.

A few years ago I was present at a school event where a group of 6th year students recounted their experiences of visiting Kenya – part holiday part volunteering. 'What message', I asked them, 'would you give to people here as a result of your trip?' A girl spoke up. She was hoping to go on to medical school. This is what she told us:

In Kenya we were taken by truck on the journey to the school where we would be working for a week. After a while the truck stopped because we had reached the end of the road. The rest of our journey was several hours on foot, and yet the people were grateful for how close the road came to their village. Here in our own country we complain about holes in the road.

It's human nature to measure loss. We value loss about twice as much as any gain. Perhaps we need to remind ourselves how privileged we are, and how grateful we should be for all that we have.