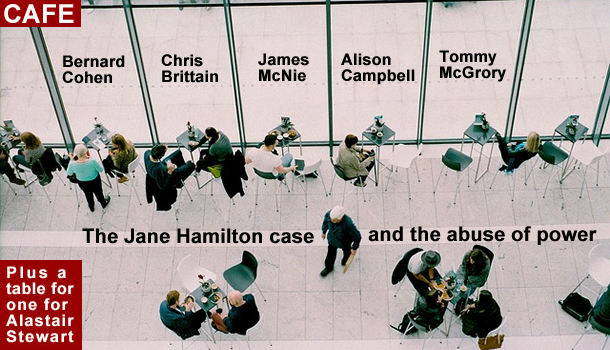 Walter Humes recently asked why powerful people abuse their position. My answer may also be relevant to Jane Hamilton's article about whistle-blowing in the NHS.

My experience suggests that abuse of position occurs in all organisations and environments and is probably an unavoidable corollary of leadership. A successful leader acquires some or all of: independent financial support, dependent employees or students, collaborators, a promoted position, public accolades or awards, and a professional summit-position, whether director of a company, professor, college principal, party leader, prime minister, knight of the realm or peer. Among the daily multitude of interactions and occurrences that such a career involves, a small proportion will allow for some abuse of position. The leader who has not been seduced by success may recognise this danger and avoid it; some will not.

In academic life, as I have seen, the advice of a leader whose judgements have gone unchallenged for too long may result in abuses such as the award of large grants to unworthy associates, the over-promotion of weak candidates, the acceptance of poor work, or blatant partiality. Such abuses are tolerated essentially because the accumulated trappings of the leadership position itself are coupled with institutional inertia. To openly challenge such abuse generally involves also challenging the leader's whole position. Thus, it is only when the situation becomes altogether too intolerable that action follows against any leader.

Collective gutlessness at the top of a durable institution is equally unsurprising. Durability presupposes toleration of (or failure to perceive) minor abuses. Where to draw the line between what is and is not tolerable depends on the particular case; generalisation is impossible. In my 39 years of academic life, with experience at many levels, I think that I became aware of only three or four cases of abuse, and none was so intolerable as to demand action in public. Perhaps I was too lily-livered, but as whistle-blowers have often discovered the costs of challenging leaders can be very high.

I read Jane Hamilton's piece with sadness and frustration. As a retired doctor, I had witnessed similar situations with colleagues, and as a GP treated people caught in this nightmare. It is not a new problem and not restricted to the NHS. It is part of the 'openness delusion' made worse by political and management assurances about openness which, in reality, is not the case. The legislation, although laudable, is a comfort blanket. It reassures us that we are fair and open-minded, but as Dr Hamilton coherently argues, there is no real independent overview, just a cycle of managerialism.

Speak to any frontline staff and most can identify ways in which the service they provide can be improved. They remain silent because of the way administrators ignore, delay, or contradict their suggestions. Challenge the system and you will first be accused of not seeing the bigger picture, then being an ignorant whinger, and if this is unsuccessful there will be professional criticism. The proposal of truly independent arbiters is important, but the more difficult goal, to change corporate culture, is the only way we can ensure that constructive criticism, i.e. whistle-blowing, is a benefit, not a problem for our services.

Jane Hamilton's narrative is a shocking account of the fate in store for whistle-blowers in Scotland's NHS today. The SNP health minister should be hanging her head in shame that this state of affairs is being allowed to continue unchallenged within the totally devolved NHS in Scotland. It is to the credit of the Scottish Review that Dr Hamilton's account has been published at all, and you are urged to continue to raise the issue with the relevant government entities until something is done about it.

David Torrance is probably right in his contemporary definition of 'mugwump' being someone holding themselves aloof or independent from party politics, but I always understood the term to be derived from somebody sitting on the fence – with his mug on one side and his wump on the other – not so much independent as undecided, vacillating and a bit wobbly!

I read Kenneth Roy's piece regarding Baker Street Day. It was I who organised the event. I run a local music charity called Loud 'n' Proud. Being part of Paisley and wanting to contribute to the 2021 effort I came up with the Baker Street idea. Why? Because I wanted my students to be given the experience of playing and showcasing what we do, making a video and of course doing their bit for the town. I chose Baker Street because it is one of my favourite tunes that happened to be written by a Paisley musician.

It could have been another tune of my choosing or it may even have been a Paolo Nutini song which obviously has a Paisley connection. It was never anything other than doing a gig that entertained the people from the town and at the same time promoted Paisley. I got a small grant to help me organise the event from the 2021 team but it was a Loud 'n' Proud event at the end of the day. I produced it and directed it, not anyone else. There was no mention of Raff at all because the event was a gig performed mainly by young people playing a song and that was it, nothing more.

Table for one: Alastair Stewart