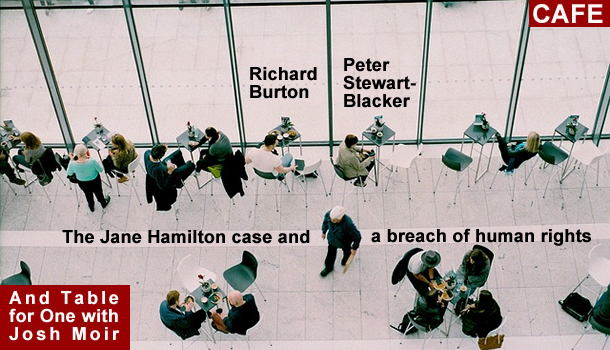 A whistle-blower's story is Dr Jane Hamilton's horrific account of her personal tragedy, of maladministration, waste of medical expertise and public money, and possibly deaths. It illustrates a problem that is also widespread outside of the NHS – the total disregard of the European Convention on Human Rights inasmuch as it makes clear the need for structural independence in the investigation of the failure of administrative justice by public bodies.

'Structural independence' means that a complaint should not be ultimately investigated and ruled on by the body complained about, or by anyone with an interest in the dismissal of the claim. When Dr Hamilton raised serious concerns about the safety and quality of a new perinatal psychiatry service and its management, the CEO of NHS Scotland referred her back to the very health board where she had raised them.

A landmark verdict delivered by the Court of Session in 2013 is very relevant here. The judges backed an appeal by Kevin Ruddy, who brought a £10,000 civil action case against the office of the chief constable of Strathclyde Police and the lord advocate. The judges ruled that the police were wrong to investigate allegations of abuse, threats and violence against him by their own force.

The Ruddy case is also important in having established another legal principle based in the European Convention on Human Rights. The judgement in this case established not only the need for structural independence, but that investigations of maladministration should be adequate and effective. This may be seen as 'common sense', but it is also a legal requirement. It was ruled that failures in this regard could allow cases to be taken to sheriff courts. The ruling is vital to administrative justice, but seems not yet to have made its full and proper impact. Dr Hamilton's case was not handled adequately and effectively.

It is appropriate here to quote from another case (Green vs. Police Complaints Authority in the Court of Appeal):

'the best safeguard for all concerned is a fully reasoned decision, giving an account of the evidence received, any conclusions reached on disputes of fact, applying the appropriate law to the facts found, and explaining the considerations which have affected any discretion exercised. Only rarely should the reasonable recipient of such a decision be so suspicious as to wish to see the underlying evidence on which it is based. I would therefore conclude that a fully reasoned decision is the best way to safeguard the integrity of and promote individual and public confidence in the complaints procedure.'

The office of the Scottish Public Services Ombudsman (SPSO) was set up to resolve complaints impartially, but none of the decisions of the SPSO have ever been scrutinised for its adequacy and effectiveness. Such scrutiny would add to public confidence in the SPSO. Sadly, a recent survey showed that only about half of complainants were satisfied with their treatment by the SPSO.

Dissatisfied complainants are told that their ultimate recourse is to judicial review, but this is prohibitively expensive for most people. In fact, as a result of the Ruddy case, complainants might be able to sue for damages in the sheriff court if they can demonstrate that their investigations were ineffective and inadequate. This could apply not only to disputed rulings by the SPSO, but across the whole of the governmental landscape.

A complaints standards authority was set up under the supervision of the SPSO and that has issued guidance on complaints handling to all bodies under the jurisdiction of the SPSO. Although mostly excellent, this is inadequate on the matter of structural independence. To quote its guidance:

'Staff involved in complaints handling should be impartial, independent and accountable. As far as possible they should not be involved in investigating where they have been the subject of the complaint or involved in its handling'.

It is encouraging that as of 1 May we now have a new ombudsman, Rosemary Agnew, who was the Scottish information commissioner.

Table for one: Josh Moir