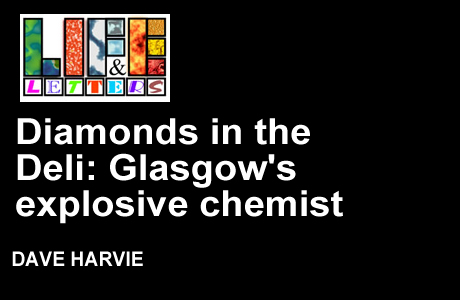 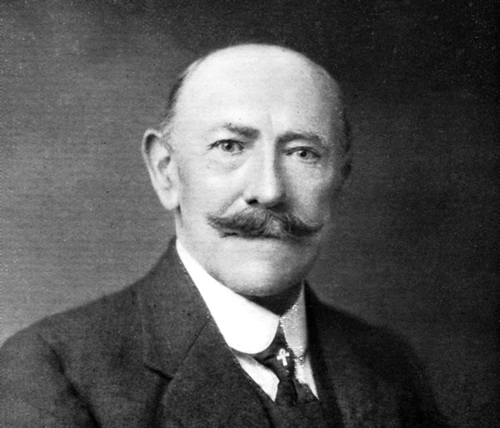 The world diamond industry – like those of gold, oil and other commodities – is one in which concepts of production, demand, supply and retention are manipulated in a mystical construct that to the outsider is impenetrable. Wherever you lift a stone, a surprising layer of activity can appear to have a disproportionate significance. For example, I had not realised that 90% of the world’s natural diamonds pass through the Indian state of Gujurat, which the United Nations classifies as suffering 41% poverty – and half of that severe. These diamonds eventually make their way – cut and polished in an extraordinary chain of cottage industries – to the grand trading-houses of Antwerp and Dubai.

Today, the world diamond trade is in one of its periodical slumps; there is a worldwide glut of polished diamonds; India’s exports are down 28%, thanks to economic collapse in China. The giant De Beers combine lowered sales prices and cut production twice last year, all to no effect. Chinese demand had risen 16% every year from 2009-14, and now a vast worldwide economic trough has suddenly opened to the diamond trade as to many others.

All this is a far cry from Glasgow’s 234 Great Clyde Street, near the Suspension Bridge, where, in 1880, in what was later one of the city’s best-loved Italian restaurants, dangerously explosive experiments took place resulting in the declaration from the world’s leading mineralogist at the British Museum that an extraordinary Scottish 'chemist, physicist, linguist and astronomer’ had for the first time – and against prevailing scientific prospect – produced artificial diamonds.

James Ballantyne Hannay was born at Kelvingrove Street, Glasgow, early on the morning of 1 January 1855 (and may therefore have been the first to be recorded in the new statutory national register). His father Alexander was a baker-turned-property developer who built and owned the popular Prince of Wales Theatre (later rebuilt after a fire as The Grand) in Cowcaddens. After a family move to Helensburgh, the young Hannay developed early interests in chemistry, philosophy and astronomy, and by the age of 17 had scientific papers read before the prestigious Chemical Society in London. He began work at, and was soon managing, the infamous Shawfield Chemical Works of J & J White, which produced bichromates in highly noxious conditions.

Unlike lesser workers, Hannay managed to extract himself from that hellish cauldron and became assistant to Professor E J Mills at the Andersonian College, experimenting on solids, liquids and gases and their solubilities at varying temperatures and pressures. Later he was snapped up by Manchester University before returning to set up the Annfield Chemical Works, near the present Bellgrove Station. Two of his early visitors were William Thomson (later Lord Kelvin) and the great theoretical physicist Hermann Helmholtz. He established two companies and registered British patents (and in dozens of other countries) involving a bewildering range of subjects and technologies.

Hannay’s Patents Co (later renamed the Glasgow Patents Co) had offices in Bothwell Street and a large factory at Great Wellington Street (later renamed Admiral Street) in Kinning Park. His 'magnum opus’ was to take place in a new laboratory in a building, now sadly demolished, on Great Clyde Street which later became a favourite haunt of Glasgow gourmets – Fazzi’s Pizzeria, Café-Bar and Deli. Hannay was intent on following the quest for artificial diamond. He was not alone; since it was discovered in 1797 that diamond – the hardest material on earth – was nothing more than carbon (albeit produced in nature in conditions of extreme heat, pressure and over geological time-periods) the search was feverish. Heat and pressure would be no problem, but time certainly was; the eminent marine engineer Sir Charles Parsons spent the equivalent of £5m fruitlessly firing bullets at carbon samples. In Glasgow, James MacTear, the brilliant manager of the St Rollox Chemical Works, had recently had his attempts rejected as producing only a form of silicate.

Hannay used wrought-iron cylindrical bars 20 inches in length, four inches in diameter [imagine a whisky-tube, half as long again]; he drilled them out to an internal bore of half-an-inch. He two-thirds filled these with a mixture of paraffin and bone oils, four grammes of lithium (to remove the hydrogen from the hydrocarbons) and a small amount of graphite. The tubes were welded closed (itself a highly dangerous procedure) and heated to 900 degrees centigrade for 14 hours continuously. Since he was essentially heating bombs in the furnace, most of the tubes exploded violently, but about half-a-dozen out of 100 survived.

Dealing with them entailed even greater danger, as they had to be carefully drilled open, with the risk of an explosive outrush of pressurised gases. Most of the opened tubes were in effect empty, but in three cases there was a small amount of liquor and a hard, smooth mass adhering to the bottom and sides of the tubes. When crushed in a mortar, a few particles were found to be transparent and extremely hard. Hannay’s further tests and analyses showed them to be crystallised carbon and exactly similar in properties to diamond.

Hannay recorded, '...the carbon obtained is as hard as natural diamond, scratching all other crystals, and it does not affect polarised light. The crystals burn easily on thin platinum foil over a good blow-pipe, and leave no residue, and after two days’ immersion in hydrofluoric acid they show no sign of dissolving, even when boiled. On heating a splinter in the electric arc, it turned black – a very characteristic reaction of diamond.'

Professor Nevil Story-Maskelyne at the British Museum conducted rigorous tests immediately, and soon hailed Hannay's success in a letter to The Times on 20 February 1880, and promoted an announcement at the Royal Society. He said: 'There is no doubt whatever that Mr Hannay has succeeded in solving this problem and removing from the science of chemistry an opprobrium so long adhering to it. This element has never been crystallised by man till Mr Hannay achieved the triumph which I have the pleasure of recording today.'

Story-Maskelyne’s confident verdict was received rather sceptically, following the disappointment of the MacTear samples, and matters stayed silent and inactive for many years – partly perhaps due to agitation by the Stock Exchange and the Amsterdam Diamond Bourse. In 1902, Hannay refuted a suggestion in the 'Encyclopaedia Britannica' that the substance he had 'made’ was really Carborundum (a silicon carbide). Hannay the dedicated experimentalist went on to concern himself with a multitude of other matters and purchased the Scots-Baronial tower-house of Cove Castle, overlooking the Firth of Clyde; but in reality, the artificial diamond story was to outlive him.

In addition to his numerous scientific endeavours, and with a turbulent private life, he took up metaphysical interests. He theorised on the origins of the universe; on aspects of religion, and on sexual iconography. He studied astronomy, Greek, Hebrew and modern languages, and was obsessed by the theory that the ancient Romans perpetrated a fraud on literature and history by inventing the Hebrew language and enslaving European culture. He wrote and published as many works on those issues as he had on chemistry and metallurgy.

Hannay died in 1931 at what was then the Glasgow Royal Mental Hospital – now Gartnavel Royal Hospital. Some have suggested that he had been mentally ill for many years, but I think not. The causes of death were arterio-sclerosis and a thrombosis probably due to being bed-bound. Today he might have been diagnosed with late-onset Alzheimer’s (his sister Christina died from similar causes in the same hospital six years later).

Between 1943 and 1975, there were six sophisticated re-examinations and reviews of Hannay’s results in laboratories in London, Aberdeen and the USA. The microscopic original samples, averaging 0.4mm by 0.1mm in size, were all eroded by each physical examination. Successive results varied between agreement with Story-Maskelyne’s opinion, disagreement, and uncertainty, with the final 1975 opinion being that Hannay’s samples were conclusively natural rather than artificial diamond, and probably due to unknown contamination. Further tests are unlikely to be possible.

Today, artificial diamond technology is well developed, for use in machine tools and in the form of molecular-level thin-film coatings for a wide variety of uses. Never have artificial diamonds been produced for 'show’. A recent – and perhaps bizarre – development was the accidental discovery in Mexico that diamond production can be achieved using tequila and the cactus-like plant agave from which it is made. And closer to home a Chinese chemistry professor at St Andrews University has found that a burning candle-flame produces 1.5m diamond nano-particles per second. That would surely have lit a fire in the belly of the extraordinary James Ballantyne Hannay.