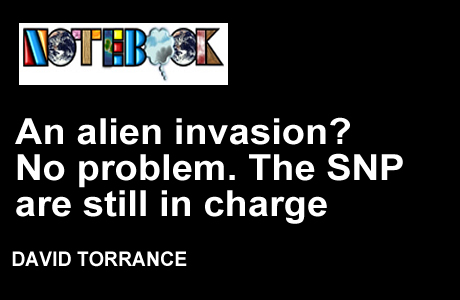 I’d forgotten about the cold sunshine; in fact, I’d forgotten about the sheer variability of the weather in Edinburgh. What was it Billy Connolly said? If you don’t like it then just hang around for a couple of hours and you’ll get something different. Since moving back to the Scottish capital from the imperial capital, finally and properly last week, I’ve experienced everything from cold, wet and windy days (in late May) to sunshine, although even when my iPhone tells me it’s 17 degrees outside somehow it doesn’t feel it.

When it was sunny in London (and here I’ll start to sound like a grass-is-always-greener whiner) it was generally accompanied by warmth, which made lounging in one of the many parks in the centre (and periphery) of the city an absolute joy. As a consequence, I’m determined to spend more time lounging in Edinburgh’s parks, which is eminently doable since I have temporary digs near the Meadows in the southside.

On Sunday I spent an hour there listening to a BBC podcast of Val McDermid’s new adaptation of John Wyndham’s 1950s science-fiction novel 'The Kraken Wakes'. It was enjoyable stuff, and brought back childhood memories of reading Wyndham’s other output involving carnivorous walking plants and children inhabited by aliens. This version of 'The Kraken Wakes' is in two parts, with next week’s instalment due to feature Nicola Sturgeon’s acting debut.

With England, Scotland and Wales having been ravaged by the effects of an alien invasion, civic and political powers have been swept away so from a remote part of the Highlands the first minister broadcasts to the nation (on the Scottish Broadcasting Corporation, natch) calmly providing details of the latest emergency instructions. It sounds like a nice touch, or as McDermid put it in the Radio Times, 'a wee bit of fun’.

My father’s sister has also just relocated back to her native Edinburgh from the Home Counties (Surrey), where she’s lived for more than 40 years, and I find myself wondering if the Scotland of 2016 might appear alien territory compared with that she left in the early 1970s. Then the Tory/Labour duopoly held almost as strongly north of the border as it did south, although my aunt found herself drifting towards the old Liberal Party, attracted by the youthful radicalism of David Steel.

Now she returns to Scotland as the Liberal Democrats find themselves in a similar situation to the Liberals in the early 1970s, with few MPs, little influence over government and permanently teetering on the edge of political extinction. Of course as an avid politico (it must be in the genes) my aunt is aware of all the recent shifts in Scottish politics, but it’s the forthcoming EU referendum that occupies most of her attention, and we have an ongoing email correspondence concerning the ins and outs (if you’ll pardon the pun) of the Remain and Leave camps.

Last week my father helped transfer the last of her belongings (along with some of mine) from London to Edinburgh, where they’ve ended up at various storage units in Granton. They make an interesting contrast: while she was flirting politically with the Liberals my dad was already a long-standing SNP member, having joined the party during one of Billy Wolfe’s recruitment drives in the mid-1960s. No one could accuse him of bandwagon jumping (as many did following the referendum), for the SNP was then tiny and the Hamilton by-election a few years in the future.

Today, of course, my father’s chosen party remains in the ascendency, although the recent election result has, usefully, neutralised hyperbolic claims that Scotland was turning into a one-party state. And however dominant it remains, at least the SNP in government is subject to ongoing and often excoriating scrutiny from not only journalists, but also independent think tanks and academics, not least when it comes to the impact of 'free’ tuition for higher education students.

Now although political writing is my daily trade, few policy issues actually provoke a personal reaction, but education is an exception. As the product of a modest background, few of whose family had been to university (although my aforementioned aunt attended St Andrews in the 1960s), I care passionately about access to education for those from less affluent backgrounds. But as a recent report from the (excellent) Sutton Trust has once again highlighted, the absence of tuition fees has made little or no difference in this respect since 2007, when the (first) minority SNP government abolished the old graduate endowment scheme (a much more 'progressive’ system that used modest fee revenue to provide grants for poorer students).

Although the politics of class is frowned upon these days, it’s an inescapable part of the access issue. On Tuesday morning I attended a seminar entitled 'Higher Education and Social Class’ at the Moray House School of Education in Edinburgh and brought myself up to speed with some recent findings. This includes the fact that Scotland’s ancient universities are becoming (for lack of a better word) posher, in that their Scottish, rUK, EU and international intake are all increasingly likely to come from more affluent socio-economic backgrounds. This, consequently, helps shape the 'institutional ethos’ of universities like St Andrews and Aberdeen (my alma mater) which can, unfortunately, put off potential students from different backgrounds.

In response to all of this hard data (the headline finding being that Scottish students from more affluent backgrounds are more likely to go to university than in other parts of the UK) there was the usual head-in-sand approach from the Scottish Government and its most zealously blinkered supporters. Many protested that the 'principle’ of 'free’ education (which of course isn’t free) was worth defending, whatever the policy outcomes. I found that truly depressing, as bad as someone wanting to raise tax even if the evidence suggested it wouldn’t raise any additional revenue. New politics? More like new dogma.