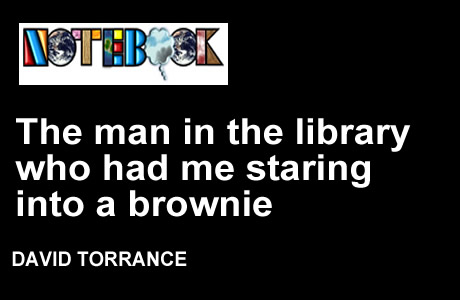 The past week has been dominated by matters European, almost to the same degree as this period in September 2014 was by matters independence. I’m not complaining, it’s stimulating and fun and a little bit stressful, and the moment a freelance political journalist starts moaning about any of those things is probably the time to move on and do something else.

The intensity of the debate, however, has taken me by surprise. Last Tuesday night I attended a meeting of the Tuesday Club, a political dining society in Edinburgh that’s now been going for two decades. Members (and guests) heard from the former Conservative MSP Brian Monteith (Vote Leave) and John Edward (Scotland Stronger in Britain). One spoke more eloquently than the other (I’m not going to name names), and then they took questions, lots of questions.

Everyone had something to say, often at great length. Some were vehemently anti-European, some were, on balance, firmly pro; no one hadn’t really made up their minds. But what struck me was the level of passion: one diner even stormed out when his lengthy peroration was brought to a close by the chairman. Thinking back to the independence referendum – when the Tuesday Club held several similar gatherings – things were never that bad tempered.

Two days later I was in the press gallery of the Scottish Parliament for a newly-extended First Minister’s Questions, during which Scottish Labour leader Kezia Dugdale and SNP leader Nicola Sturgeon temporarily paused the usual tribal warfare and agreed that continued membership of the European Union would be very sensible. This was contentious, for Ken Macintosh, the new presiding officer, had recently warned that 'purdah’ rules meant MSPs couldn’t overtly refer to the forthcoming referendum.

They did anyway, and after the Scottish Conservative MSP Margaret Mitchell raised a point of order on that basis the presiding officer made one of the most convoluted rulings I’ve ever heard from his or her chair: the exchanges everyone had just heard, he argued, hadn’t cost any money (everything that happens in parliament costs money) or been biased one way or another. Jackson Carlaw, another Scottish Tory MSP, shouted jokingly to the first minister 'You’re neutral!’, to which Ms Sturgeon responded with a smile.

Shortly after those exchanges I made my way up the Royal Mile to attend a Remain rally organised by the European Movement at St Columba’s Church on Johnston Terrace. This was rather Liberal Democrat heavy: the Scottish party leader Willie Rennie was in the chair, Nick Clegg the star speaker, and Lord (Sir Menzies) Campbell made some concluding remarks at the end.

Just as it was about to start Mr Rennie announced the breaking news that Jo Cox had been shot and stabbed in her constituency, which obviously came as a shock to most of those present. Soon it was announced that both Remain and Leave were temporarily suspending campaigning out of respect, meaning this meeting was probably going to be the last of its sort for at least the next few days.

Most of the speakers (all very good) mentioned Cox, particularly Stephen Gethins (SNP) and Nick Clegg, both colleagues in the House of Commons. I was reminded, meanwhile, what a class act the former deputy PM is: he spoke fluently without notes, espousing both a positive argument for the UK in the EU and a negative one against those arguing for Leave. Strikingly, he embraced the so-called 'Project Fear’ critique and said that far from 'overstating’ the economic consequences of Brexit, Remain had 'probably understated the case’.

But then if Clegg, a former MEP and European Commission staffer, wasn’t able to make a cogent case for the status quo, then I don’t know who could. A few hours later, back in the Scottish Parliament’s garden lobby, a friend from BBC Scotland solemnly told me that Jo Cox had died. Now I’m not an overly emotional person, but for some reason this had an immediate impact, not just on me but every other journalist and politician I encountered thereafter.

Beyond the obvious shock of a British MP being gunned down in the street – something we hitherto believed, rather smugly, only happened in other countries – I think it was the proximity. Most people in Holyrood that evening had either worked at Westminster, visited or dealt on a regular basis with its members. The idea that one of them, someone we could easily have had a drink with or called for a quote, had been killed was incredibly sobering.

Parliament was reconvened from its brief, pre-referendum recess on Monday afternoon, and I watched the tributes to Cox via a live internet stream at the National Library of Scotland (NLS), where I often base myself during the week. Later that day, in search of a caffeine hit, a gentleman in the NLS café asked me how I thought the referendum would go.

Initially I replied that it looked as if Remain would win narrowly (opinion polls at the weekend having suggested a swing away from Leave) but he looked unhappy at this so I backpedalled a little and said it would probably be 'too close to call’ (clichés are justified on occasion). 'I hope Leave wins,’ he responded, before exclaiming: 'Do it for Britain!’ I didn’t really know what to say, so stared at my chocolate brownie and murmured some sort of acknowledgement.

As I’ve already said, such intensity was not something I expected of this referendum, which I wrongly assumed would be decided on a sober cost-benefit basis, rather than the potent combination of 'head and heart’ we experienced in Scotland less than two years ago. I cast my mind back to early 2013, when I was in the audience for David Cameron’s speech at Bloomberg in the City of London, during which he announced his intention to hold an in/out referendum. Then it seemed abstract and distant, now decision day is just hours away.