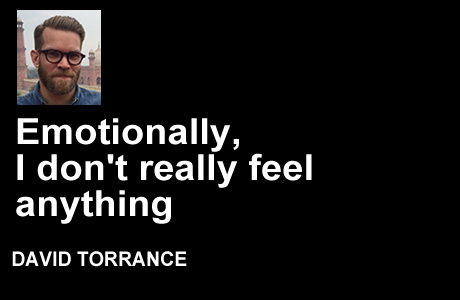 For all my adult life the United Kingdom has been a member of the European Union. Two years before I was born in 1977 Britons voted by two-to-one to stay in the then Common Market on 'renegotiated' terms; last night, by a much narrower margin, the country voted to withdraw from the EU.

Of course it’s not all about me, but I can’t help but think about it in personal terms. As I write this, it still feels a bit overwhelming, so 'big' politically, economically and constitutionally that I don’t really know what to make of it all. That I’ve had no sleep doesn’t help, for as a political pundit I’m now compelled to have an instant opinion about what’s just happened.

Those are still developing – oh to have a few hours to reflect properly on what it all means – yet emotionally I don’t really feel anything. I think having covered 10 elections or referendums in as many years I progressed beyond what’s called 'election fatigue' a long time ago, while the long, gruelling independence referendum a few years ago generally inured me against getting, well, too involved with such things.

And there was me hoping for a quiet summer. I had it all planned: a doubtlessly busy few days covering the European referendum but then I’d be on a flight to Bogota the following weekend for a month of travelling, but also some work covering the two US conventions in Cleveland and Philadelphia. Of course that’s still the plan, indeed physical removal from my source material feels quite appealing right now.

For weeks a close family member has been expressing anxiety about the outcome of the European referendum but I kept reassuring him it would be a Remain vote, albeit by a narrow margin. Confronted with polls that showed Leave in front, I changed tack to 'Que Sera, Sera’; he wasn’t impressed: all I got in response was a hashtag, #middleclasscomplacency.

So pundits get stuff wrong – who knew? As I type my Facebook feed is filling up with friends and colleagues bemoaning a result they dearly didn’t want to happen, but of course it bears no relation to voting patterns in the country at large. Even in supposedly Europhile Scotland something close to 40% back Brexit, many of them presumably SNP voters (a few friends of mine among them).

And what of England? There whole swathes of the country, particularly in the north, voted Leave, and many for the same sort of reasons that Scots voted Yes in September 2014, because they feel left behind, neglected, let down by a British and European 'elite' that looks to be doing very well for itself while doing little for everyone else.

Of course it’s not that simple, but politics – and big political decisions – are never purely a matter of head, a level-headed cost-benefit analysis, there’s a huge dollop of heart too. For all the friends now expressing their disbelief in emotional terms there are slightly more feeling a little bit liberated that their votes have finally made a difference.

I never believed that an independent Scotland would be a disaster, nor do I think an 'independent' Britain will struggle to survive outside the EU, but that’s not to say either would or will be easy. Nevertheless, another referendum on independence is now galloping as quickly up the constitutional agenda as it appeared to slip in the wake of the recent Holyrood election. Do I have the mental and physical energy to go through it all again? I’ll know once I’ve caught up on sleep.