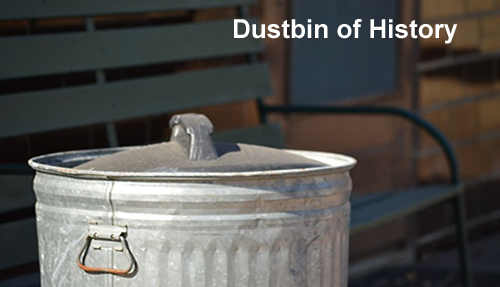 The Mearns Leader published four addresses above its editorial: Stonehaven, Montrose, Laurencekirk and London (in that order). Chris Guthrie, heroine of Lewis Grassic Gibbon’s novel 'Sunset Song', wrote of Stonehaven that it 'thought itself real genteel, and a fine seafront it had that the English came to'. But by the late 1980s the Mearns Leader was bemoaning the poor outlook for local school leavers ('Job prospects worst for a long time').

Gibbon’s real name was James Leslie Mitchell. He was born on an Aberdeenshire croft in 1901, but when he was eight, the family moved to the Mearns, near the village of Arbuthnott. Mitchell left school and became a junior reporter with the Aberdeen Journal, got interested in left-wing politics and moved to Glasgow to be a reporter with the Scottish Farmer, but that ended unhappily: he was fired. Mitchell believed that primitive man, far from being savage, was essentially peaceful, sane and happy, only becoming savage and corrupted by the spread of civilisation. He died in 1935 at the age of 34.

In the 'Personal Column', there was a birthday notice:
The big day has gone and past
And big Doreen Edmondson’s 40 at last
She thought that we had forgotten
But we couldn’t be that rotten!!!

In an edition of the Highland News in 1987, the lead story was headed 'Where is my superwoman?' At the age of 77, Finlay Anderson of Telford Gardens, Inverness, 'knows exactly what kind of woman he likes. And that’s why he has now set his sights on the Yorkshire lasses – after rejecting all comers in the Highland capital'. The News reported that, having placed ads in the local newspapers for a third wife, Mr Anderson had 'met quite a few women' – but that none had matched his exacting requirements.