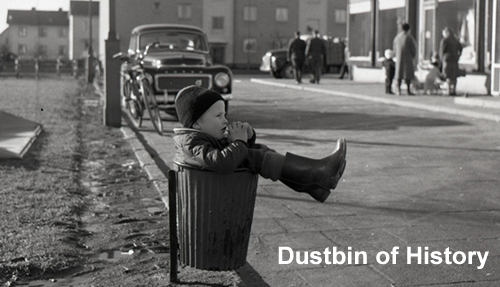 Tom Johnston, chairman of the Scottish Tourist Board, called for more frequent passenger steamship services between New York and the Clyde. He said that 20 million people abroad claimed Scotland as their motherland. If there were a regular stream of passenger traffic between the old world and the new, said Johnston, it would make a great impression on the home economy. 'We have something to sell to those people over and above wool and whisky. We could sell them scenery, history, romance and our native music'. Effie Harthill, a 19-year-old nurse from Portsoy, died in Falkirk Royal Infirmary, where she worked, after a military lorry, returning from a dance in Grangemouth, hit a railway bridge near Dennyloanhead, killing Effie and two RAF men. Oliver Brown, a well-known Scottish nationalist, complained in a letter to the press that, of the 258 new factories promised to Scotland by the Westminster government, only 51 had been completed. The regional controller of the Board of Trade, Charles Oakley, said the greatest single difficulty in getting companies to establish branch factories in Scotland was the reluctance of workers to start afresh north of the border. The secretary of state for Scotland, Joseph Westwood, said the number of children from each area required for the potato harvest would be known soon. He directed that children accommodated in hostels should be guaranteed 25s a week, subject to a deduction of 16s for board and lodgings. The writer Moray McLaren gave a radio talk on 'imperturbable Edinburgh'. It was Scotland’s sunniet and dryest August in living memory.