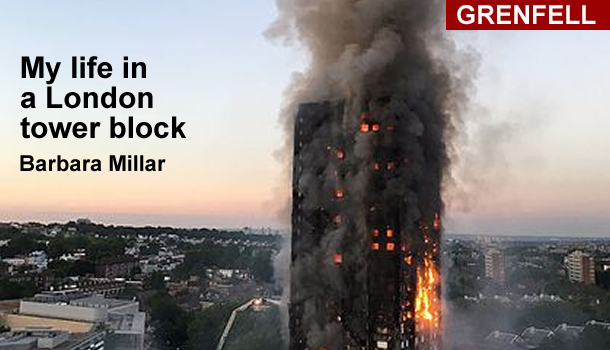 Political parties rise and fall. They have no permanent right to a lease on the terrain they occupy and the voters they appeal to. Scottish politics has seen the decline of many once powerful forces – the Liberals, Tories, and now the Labour party.

Last weekend, and since, has witnessed what can only be described as the last vestiges of the long painful suicide of the Scottish Labour party. Moreover, this coincided with the ongoing pains and problems of the Corbyn Labour leadership – something which has far-reaching consequences beyond the party.

All of this comes at a high cost. The Tory government, despite a perilous parliamentary majority of 12 (16 when Sinn Fein abstentionism is counted), faces no credible, coherent UK parliamentary opposition. The Tories are being left unchallenged to chart Brexit into whatever they want it to be. The passing of Article 50 through the Commons has already seen Corbyn's Labour impose a three-line whip to support the Tories: not exactly the kind of 'new politics' people thought Corbyn aspired to.

The only proper opposition to this has come, as in many matters, from the pro-European SNP and Lib Dems, along with the House of Lords. This when a mere 33% of voters think the UK government are handling Brexit well and 46% think they are handling it poorly.

This isn't even the lowest Labour can stoop to. Take the past weekend's Scottish Labour conference at Perth. It is hard to stress how much times have changed. This used to be one of the key gatherings of the Scottish political calendar. It had importance. Its deliberations mattered.

Once upon a time Labour figures dominated Scottish politics and played a major role in Westminster: Gordon Brown, Robin Cook, Donald Dewar, John Reid, John Smith and Helen Liddell to name but the most obvious. Now the party is reduced to Kezia Dugdale as leader and a leadership team that few in the country could name or recognise. All of this was reflected in the weekend's gathering, with at most 300 gathering at any point in a venue which could take 1,200.

The weekend conference was dominated by Labour London mayor Sadiq Khan's intervention on the nature of Scottish nationalism. This began on the Friday evening with the next day's Daily Record spinning his conference speech under the headline 'Scottish nationalism is the same as racism'. It turned out Khan’s speech did not use any such words, but it did go into the above territory.

None of this stopped various Labour figures from trying to defend him or score points against the SNP, while numerous senior nationalists could not believe their luck at being presented with such an open goal. Former Labour deputy leader Anas Sarwar got highly indignant, while Dugdale tried to pretend it was all a fuss over nothing in an interview with Andrew Neil on 'BBC Sunday Politics' stating: 'I think Sadiq Khan was very clear yesterday that he wasn't accusing the SNP of racism'.

If all of this wasn't enough trouble then there was Dugdale's 'Big Idea': UK federalism and a people's constitutional convention to flesh it out. The problem is that federalism for the UK isn't Kezia Dugdale's gift to give. There is also the thorny issue that the British Labour party have shown no support or interest in it at all.

Dugdale had to duck and dive these fundamentals with Neil which illustrated how far the once mighty have fallen: Scottish Labour that is, not Andrew Neil. She had to evade the basic fact that the Corbyn leadership and British Labour have given no commitment to British-wide federalism, while bigging up their commitment to the talking shop of a people's convention.

Then along came Jeremy Corbyn's keynote speech in the Sunday graveyard slot. Corbyn toured around the usual bashing Tories for this and that, but of course, didn’t give any endorsement of Dugdale's bold idea. If that weren't embarrassing enough, in a slip from the autocue text, Corbyn openly thanked the SNP, before he realised his mistake and apologised. To top it all, he gave no indication of how Labour post-Copeland and Stoke, was going to reconnect with voters, and then, lost his temper in a Sky News interview.

One weekend doesn't end a once-proud political tradition. But the above shambles and incompetence at nearly every level tell you things are far from healthy in Labour. Scottish Labour is not a happy entity. It hasn't had a good last few years, or indeed, experience of devolution. No devolution dividend for passing the legislation setting up the Scottish parliament. Instead, the only way has been down since 1999 in votes, seats, talent and ideas.

It is only 20 years ago this May that Labour won 45.6% of the vote and 56 out of 72 MPs; now it is struggling along in third place in the polls on 14-15%, down to 10% working-class support, and in single figures with 18-34 year-olds. It has, over 18 years of devolution, had eight different leaders. Over the same time, British Labour has had a mere four.

Deep down in the body politic there is a scent of sourness and bitterness in much of Scottish Labour. Politics weren't meant to be like this. They are angry at the state of Scottish politics, dismayed at the popularity of the SNP, and bewildered that the general public refuse to see through the transparent act that is the SNP, and see the rightful champions of the people, as they always have been: Scottish Labour.

It is not an attractive proposition: part entitlement, part aggrieved at how things have turned out, and filled with hurt feelings. Many in Scottish Labour have for decades always hated the Nats more than the Tories, because they could understand and pigeonhole Tories as right-wing class enemies.

The Nats by their nature were much more slippery and difficult to pin down. 'Tartan Tories': the alliteration born of the 1960s was useful for a while, as was the argument that the SNP voted with the Tories to bring down the 1979 Callaghan government (the 11 Liberals including David Steel who did the same never facing similar Labour ire). But slowly these have slipped into history and Labour have never found a new set of insults. This has diminished Scottish politics as the SNP have not, in 10 years in office, despite their cautious centrism, faced a coherent critique from the centre-left.

If that weren't enough trouble there is the witless nature of Jeremy Corbyn as Labour leader. He was first elected in September 2015 and re-elected in September 2016: a decent period of time to make an initial assessment. Never before in post-war Labour history has a leadership been so amateurish, divisive, counter-productive, and lacking in strategic or personal qualities of leadership.

Not all Labour’s problems are down to Corbyn. That makes the pitfalls of the Corbyn leadership even more serious, as they are adding problems on top of problems. Corbyn's personal ratings are a disaster with 43% of potential future Labour voters saying removing him would make it more likely they would vote for the party; 14% saying the opposite and 37% no difference.

Then there is the Corbyn strategy of mobilising the millions of non-voters and four million votes the party lost from 1997. This isn't exactly going to plan with the party going backward since 2015. Recent polling has put the party on 23% working-class support, 15% behind the Tories, and a mere 1% ahead of UKIP.

This sad state of affairs matters way beyond the boundaries of Labour. First, the continuation of the Corbyn leadership isn't helping the advancement of left-wing politics. Instead, it is discrediting them, associating them with the incompetence of Corbyn and McDonnell. Not only that. These men are hardly, in any real sense, radicals. They are conservative left-wingers, beholden to the world of their youth, circa 1975, and haven't contributed a single new idea to left politics since. Everything they talk about and stand for: anti-austerity, anti-inequality, nationalising railways, international solidarity, could be taken from that world of yesteryear.

This sad state is debilitating and dragging Labour down – exaggerating a general malaise and sense of drift and decline which was there before Corbyn was elected leader. This is part of a much longer and historic story which has to be seen as deeper and more serious than the Corbyn leadership. Similarly, the Corbynista left retort that most of this can be traced back to the New Labour era and the sins of Tony Blair and Gordon Brown is equally superficial.

Labour's predicament can be seen all across the Western world: the state of the French Socialists, Italian Democrats, Swedish Social Democrats, and worst of all, the near-destruction of the Greek PASOK. Only the German SPD under Martin Schulz's leadership are for the moment bucking the trend, making hay due to the unpopularity of Angela Merkel as the incumbent.

Most critically, Labour has been posted missing in action at one of the greatest moments of peril in UK post-war history: Brexit. Corbyn's ineptitude contributed significantly to the narrow Brexit victory, and subsequently, he has done all that is humanly possible to try to aid Theresa May's Tories having as easy a time as possible, and the maximum amount of room to shape Brexit into the hard right-wing future no one voted for.

Will Labour survive Corbyn? The general assumption is that despite everything – disunity, poor poll ratings, losing Copeland, and a shadow cabinet which barely anyone can name beyond McDonnell and Diane Abbott – it will, just. Sages note that the first past the post system gives Labour a life support system and cushion, while UKIP have proven, without Nigel Farage, even more incompetent.

For now it looks like Labour will survive south of the border. But politics detests vacuums and Corbyn and his supporters have proven the worst kind of left-wingers: combining traditional Labour disdain and disregard for their own party’s supporters, while not being able to cover the main bases of what makes up politics, such as holding your opponents to account.

Corbyn hasn't addressed a single one of the big questions Labour needs to face, instead clinging to his own left-wing comfort zones. The big thorny subjects of how the party not only survives, but what it stands for, the constituencies it gives voice to, and how it aspires to win and form a government, are all unlikely to be addressed by this leadership, but await a post-Corbyn leadership, and perhaps even the next generation of Labour leaders.

Labour MP Gerald Kaufman who died at the weekend once described the party's 1983 manifesto as 'the longest suicide note in history'. Scottish Labour's decline to the margins and the Corbyn leadership three decades later are providing serious completion for that title. And when Labour emerges from the Corbyn interregnum, who knows what state Labour will be in by then, or indeed, more ominously, Britain?