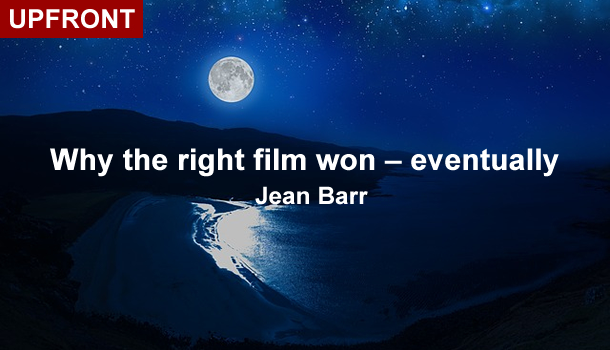 What a relief that despite all the fanfare and fiasco at this year's Academy Awards ceremony, 'La La Land' did not win best picture. Instead the award went to the beautifully paced, almost totally unsentimental and nearly all- black movie 'Moonlight' about the coming-of-age of a poor, gay, black boy in Miami. Writer-director Barry Jenkins loosely based his film on an unproduced play by Tarell Alvin McCraney called 'In Moonlight Black Boys Look Blue' which is itself partly based on the author's own experience of growing up in Miami.

How wonderful, too, that Casey Affleck was named best actor for his role as the emotionally frozen handyman in 'Manchester by the Sea' and that the writer-director of the film, Kenneth Lonergin, was awarded the Oscar for best original screenplay. Both 'Moonlight' and 'Manchester By the Sea' offer profound meditations on what makes people become who they are. More specifically, they are extraordinarily sensitive portrayals of the pain and struggle sometimes involved in 'being a man'. They are also graced with exceptional performances, believable, spare dialogue and a rarely imaginative use of original and borrowed music.

Perhaps even more significantly, both films subvert Hollywood conventions in their unflinching focus on masculinity and the trouble men have in expressing their feelings – whilst managing to avoid easy cliché and stereotypes in favour of nuance and contradiction. Such scrutiny of masculinity – so often taken for granted as a mere given – is rare enough in itself. How much more so when the characters are working-class and, in the case of 'Moonlight', black as well as gay.

Writer-director Barry Jenkin's drama 'Moonlight' tracks a young African American man, Chiron, over three stages of his life, showing the shaping role of time, memory and trauma in his development in a manner reminiscent of 'Manchester by the Sea'. The film's address is so direct that we almost feel that we are being drip-fed Chiron's thoughts and feelings. Through visually hypnotic dream sequences, daring close-ups and gorgeous surges of music over scenes of children playing, we are given access into the person he will become. Jenkins is assisted by cinematographer James Laxton, whose judicious use of tight framing and wide shots – saturated in midnight blues and purples – accentuates Chiron's loneliness and isolation.

Mahershala Ali, best known for his supporting role in 'House of Cards', gives a lovely performance, justly warranting his Oscar as best supporting actor, the first acting Oscar won by a Muslim. He plays Juan, a kind of father figure for the film's main character. Although Ali features only in the first third of the film – the chapter covering Chiron's childhood – his role in the structure of the film is critical.

Juan protects Chiron when he is chased by other kids, lets him sleep over with him and his girlfriend, gives him swimming lessons (occasioning the film's most tender scene) and generally provides the affection, shelter and support Chiron needs. When Chiron asks Juan what a faggot is Juan pauses before saying 'a word used to make gay people feel bad', adding that nobody should be ashamed of being gay.

But – and this is the key to his role in the structure of the film – Juan is also the local drugs baron who supplies Chiron's crack-addicted mother Paula (Naomi Harris, ferociously good as the damaged, neglectful mother who mocks her son's love of dance but becomes a more contained presence in the course of the film when she receives care herself). From little kid nicknamed 'Little' (Alex Hibbert), always picked on and constantly worrying about his mum, through vicious bullying as a teenager – and now known by his given name (played by Ashton Sanders) – Chiron finally emerges as 'Black' (Trevante Rhodes) dealing drugs on Atlanta street corners, far from his hometown of Miami.

Now unrecognisable as the sweet boy he once was, Black is macho, all flashing gold teeth, muscle-bound and almost totally silent. He keeps his gayness secret from everyone, including, most importantly, himself. Jackson shows how the painful and ambiguous relationship between Chiron, his mother and Juan, as his only caring yet hugely contradictory role model, lies behind Black's own conflicted identity. He is following the example laid down long ago by Juan.

Then Chiron receives a phone call from his past. It is from old classmate and friend Kevin (Andre Holland), just out of prison, now himself an estranged father and working as a chef. It is with Kevin – who is played by Jaden Piner as a kid and Jharrel Jerome as a teenager – that Chiron had the only intimate/sexual encounter of his life. They meet again. 'Black' removes his gold teeth, revealing an oddly vulnerable looking set of lovely white ones.

'I cry so much sometimes I might turn to drops', Black/Chiron tells Kevin, confessing too that this is the first time anyone has touched him since his one and only encounter with his friend over a decade ago. Despite the hardness of his body and the harshness of his work, Chiron's deepest self is fragile, full of longing and lasting hurt. As a film about the complexity of masculinity, more specifically black masculinity, 'Moonlight' is also about the universal human desire for connection.

The way 'Moonlight' explores the intersecting of race, gender, sexuality and class is challenging and surprising. Jenkins subverts clichés about addiction, poverty, violence and homophobia in black America. By infusing stock images of the drug-addicted mother, bullied queer kid and drug-dealing hustler with careful detail and texture, 'Moonlight' makes us rethink and reimagine familiar situations and archetypes. And it does so in ways that reveal the essential strangeness, unpredictability and mystery that reside in the most unexpected places.

This is exhilarating – as are the visual and dramatic rhythms and interlacing motifs with which 'Moonlight' is replete. For example, it is not just in his work that Chiron follows the path of his mentor. Even the way he drives his car through the streets of Atlanta mirrors Juan's relaxed style at the steering wheel years before when he drove Chiron back to his house. There is also a deeply satisfying symmetry between the early lovely scene where Juan teaches Little how to swim by holding him up in the surf of a sunlit sea, and a later scene when teenage Chiron kisses his friend Kevin on a dark sandy beach.

'Moonlight' has been hailed movie of the moment for its valedictory status in relation to Obama-era identity politics. This is a lot for any film to bear. Better to view it in its own terms, as a modest film of great formal beauty and tenderness.