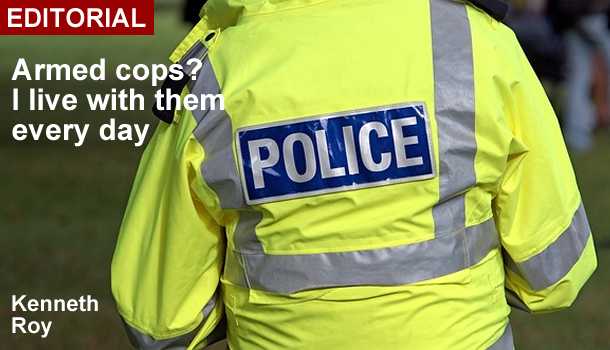 No doubt one of the outcomes – perhaps the only meaningful outcome – of last week's attack on the bridge will be increased security, including armed police at the entrances to the seat of powerlessness. It came as a surprise that they were not already armed, but maybe I'm so used to having weaponised police around me that I assumed they would also be protecting the amateur thespians at Westminster and their vast retinue of functionaries.

Next door from where I'm writing this, when WHSmith was open for the sale of newspapers in the morning, which it isn't any longer owing to lack of public interest, I used to walk the full length of the terminal building past two police officers armed to the teeth. As often as not, I was their only suspect in an otherwise deserted concourse. They do all sorts of stuff here, but flying commercial flights first thing in the day doesn't seem to be one of them.

My practice was not to give the police and their guns a wide berth, but to stride on pretending they weren't there. I would have preferred a cheery exchange of greetings and, early on, did once attempt a desultory form of human communication; I may have got a wary nod in return. These hombres looked as if they last cracked a smile on the far side of the new millennium, but I guess they have nothing much to smile about. Among the inebriated persons who frequent the place occasionally en route to some continental resort, the chances of any of them being middle-class jihadis in disguise must be considered remote. It is not their fault if our police are chronically under-employed.

Nevertheless, when I reflect on the grimness of their demeanour, I cannot help comparing them to the pleasant, open face of PC Keith Palmer, who had a kind word for the tourists and was photographed with a young American shortly before he was stabbed to death. The logical conclusion is that carrying arms changes those who carry them.

But this could be a mistaken assumption, for now I recall my last encounter with the local constab. It was a few Sundays ago in a bleak, windswept Kilmarnock. A patrol car stopped more or less at my feet on a lane beside the river that runs through the town. I thought for a moment they were about to apprehend me, bearing as I do a close resemblance to that dodgy character who wanders about Prestwick Airport at all hours. But no: it seemed they were just having a look around.

I decided to give them a little business. I informed them that, on the other side of the river, there was a young woman half-lying on the road, shaking uncontrollably, and that I feared for her health and safety. I said it looked to me as if she might not be long for this world. There was not much response from the inhabitants of the patrol car, but the driver said they would 'take a spin round' and see what was what. They were on the spot within a couple of minutes.

'Oh, it's you,' said the male officer, addressing the shaking woman, who was not shaking quite so violently now. Without another word, they escorted her off – where, I could only speculate. To a cell where she would be given a hot meal before being sent on her way? To some place of treatment? Who knows? The two officers offered no explanation and, incidentally, no word of thanks for a small public duty performed. And I thought: next time I stumble on some wretch in the street, am I doing the unfortunate soul any favours by alerting the cops? I don't know the answer to that question. Do you?

The platitude of the week, after the murders in London, was that 'the public are the police and the police are the public'. Forgive my cynical smile. In my youth I worked for years as a court reporter, a hardening experience which taught me, among many other things, that police officers lied routinely, on oath and with a perfectly straight face. Perhaps the culture has changed for the better since then; I hope so. But largely as a result of that experience, I have never wholly trusted them. When she was home secretary, Theresa May didn't trust them either. The police are not the public. The police are something else. 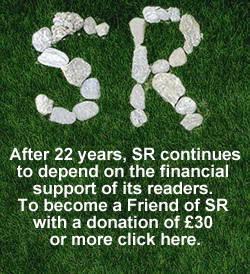