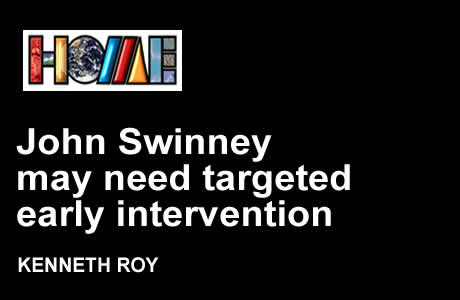 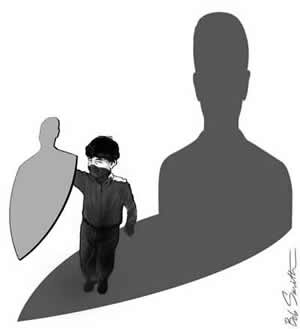 Bill Alexander is 'director of care and learning’ at Highland Council. I think
that means he is director of social work and education, though these days you
never can tell. In a recent interview on Radio Scotland, he said the Named Person scheme had not been designed to stop such cases as Liam Fee.

This is more than a little surprising – considering that only a few weeks ago one of Ms Sturgeon’s minions, Humza Yousaf, appearing on BBC Question Time, defended the scheme on the grounds that, without it, children’s lives would be at risk. A piece of fatuous grandstanding, perhaps. Yet Ms Sturgeon (Supreme Named Person) has said something rather similar without rivalling Mr Yousaf’s tone of passionate concern.

Nevertheless, if that is Mr Alexander’s opinion, let him have it. It’s a free country, up to a point. He continued (however): 'The Named Person service is a service that operates with consent. It’s where families say they want to know how they might support their child...But it can’t deal with a family who doesn’t want to engage’. This goes beyond the opinion or judgement of a director of care and learning into matters of fact; and on these, Mr Alexander is mistaken.

But you don’t have to be strictly accurate to be supported by the cabinet secretary for education (and deputy first minister), John Swinney, who used to be so good with figures and stuff. Mr Swinney, speaking at last weekend’s child protection 'summit’ in Perth, said: 'This is a facility, a service, available to every child, every family, in Scotland...But it’s an entitlement, not an obligation’.

It is fascinating to observe the abrupt transformation of the Named Person scheme. The wolf known as NP has disappeared for the time being. Instead we have been offered a new-born lamb, confusingly also called NP, a gift from our ever-benevolent masters. You don’t like lambs? You would rather eat them? Fear not, child. Your dislike of lambs is not yet a ground for escorting you into care. (Though don’t take my word for it.)

But the wolf? It’s only away on its holidays. It will be back sooner than you think. Once the fuss has died down.

Let me tell you why. The answer lies in the small print of the Children and Young People Scotland Act, a piece of legislation which acquired legislative force two years ago but is only now about to be enacted. This is the law that seems somehow to have eluded such otherwise well-informed persons as the director of care and learning for the Highlands and the cabinet secretary for education.

In the very next clause, it ceases to be innocuous. For the benefit of Mr Alexander and Mr Swinney, it’s 19 (5) (iii). I recommend it as a little light bedtime reading before Proust. 19 (5) (iii) gives the Named Person the power to 'discuss or raise a matter about the child or young person with a service provider or relevant authority’. Let us be clear: there is no legal obligation to seek the prior authority of the child, or the parent, before this interventionist course of action. So much for consent.

The Scottish Government’s own guidelines – I have them in front of me as I write this – were prepared by Alan Small, a former chief superintendent of police, just the sort of chap to adopt a fairly robust approach. 'Every child, every practitioner, all of the time’ is the Small mantra. And you’d better believe it when he informs you that 'a child has a wellbeing need if the child’s wellbeing is being, or is at risk of being, adversely affected by any matter’. That’s a lot of beings, but one gets the drift. At least the wellbeing isn’t proceeding in a northerly direction, m’Lud.

Any matter. Really, any matter? For a definition of what Mr Small regards as matter, we’d best have a look at SHANARRI, who is not as nice a girl as she sounds. She is actually an acronym for the SNP’s indicators of child wellbeing.

I have to ask myself: did I pass any of those indicators of child wellbeing?

Safe: in Bonnybridge, you’d be lucky. Healthy: yes, though prone to philosophical speculation ('Why am I here?' etc), probably suggestive of a wellbeing need. Achieving: far from it; not a certificate to my name apart from the Junior Leaving. Nurtured: a little bit. Active: I don’t know if bunking off to the golf course (only nine holes, mind) really counts. Respected: afraid not; I leave that to the MBEs. Responsible: the concept is anathema. Included: lifelong non-joiner, to be frank.

I fail the test of SHANARRI so comprehensively, fall so far short of what the Supreme Named Person expects of me, that Mr Small would be entitled – nay, empowered – to refer my case to a 'service provider', if not a 'relevant authority’. What Scotland needs, for an increase in the sum of human happiness, is an irrelevant authority. It may be too much to ask.

I admit it: I’m too old to be bothered with the SNP’s tediously conventional view of childhood and its production line of dutiful citizens who are, heaven help them, Safe, Healthy, Achieving, Nurtured, Active, Respected, Responsible and Included. But if Mr Alexander and Mr Swinney want to be respected and responsible, to say nothing of nurtured, maybe they could do the children and parents of Scotland a favour – and tell us precisely how they justify the misleading statements they have just made about the Children and Young People Scotland Act.

Otherwise, I have a mind to refer them to the nearest relevant authority for targeted early intervention. If they don’t get to me first.

GERRY HASSAN
Essay
Nine years into office, what does the SNP actually stand for?

GEORGE ROBERTSON
Favourites
A personal selection of things of value

ISLAY McLEOD
Society
Will we ever stop chasing the next fix?

ANDREW HOOK
Society
Anti-Semitisn in fiction and in fact