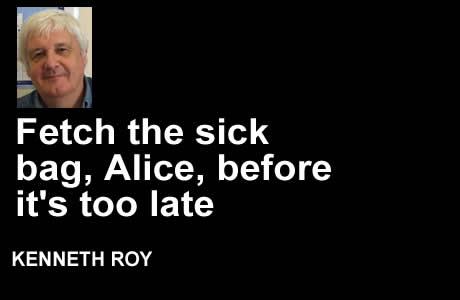 President Trump, as we may have to learn to call him, will be arriving outside our office window on Friday. He is no stranger to Prestwick International, the state-subsidised little airport where we enjoy a strategic view of the comings and goings, such as they are, but this is his first visit since he won the nomination.

From his private jet – it’s called TRUMP to avoid confusion with the hungover stag party from Tenerife South – he will step into a helicopter for the last stage of his journey to Trump Turnberry, a grand old railway hotel transformed at vast cost into a palace of stupendous vulgarity. He is hosting an 'opening ceremony’ of some sort. No doubt the many crawlers of the community will be dancing attendance at the pre-presidential court.

What should we do? It is tempting to prepare a few subversive placards and, risking eviction, brandish them from the top floor of Liberator House, corporate HQ of the Scottish Review. But as there are only three of us, it might look a bit feeble. It was easier in days almost beyond recall – about six months ago – when we could afford a patronising chuckle at the hubris of Old Moneybags. In those days he was an innocuous diversion, the clown out there. But since he aspired to the leadership of the free world, and half of America embraced him as its saviour, we have had to devise an alternative strategy for coping.

John Junor, the Sage of Auchtermuchty, had a fictional assistant called Alice. Whenever something or someone offended Sir John – which happened with depressing frequency – he asked Alice to fetch the sick bag, informing his readers accordingly. The sage has been dead for some years, and Alice is living in reduced circumstances deep in the Perthshire countryside. But needs must: she has agreed to my urgent request to retrieve the legendary sick bag and bring it with all haste to Prestwick International.

As I write this, there is some good news, the only good of a truly hideous last week: even the Americans seem to have found Trump’s reaction to the Orlando massacre beyond the pale: his insinuation that President Obama is in sympathy with the terrorists, his renewed call for a ban on Muslims entering the country, have finally cost him. His poll ratings are plummeting, and he has just fired his campaign manager. Dare we hope that the appeal of the demagogue is starting to wear a little thin?

I’m not betting on it. Actually, I’d rather cancel Friday. I had intended to be somewhere else – anywhere but this office overlooking the runway – until an unhappy coincidence hit me. Not only do we have the vomit-inducing presence of Trump to deal with, and the spectacle of the Scottish media toadying behind him; we also have the horrible possibility that Trump will be gloating over a Leave victory in the referendum. Whatever happens, I am obliged to be here. It has all the makings of the Friday from Hell.

After Jo Cox’s death, we had 48 hours of official silence, a precious break from the weeks of venom. The only speech permitted – it was delivered in a plain Yorkshire village under the statue of one of the local Priestleys – was that of a young woman grieving for her big sister, whose body she had just identified. It was a speech of fierce pride, gratitude and love. It felt like something we hadn’t heard for a while: the sound of humanity.

Anyway, this silence. It had a therapeutic quality. Along with many others, I savoured it. But by Saturday morning, it was over. I sensed it was over when Humphrys briskly intoned that he had been in Keighley, Yorkshire, to ask the locals what they thought about immigration. I may have misheard. After the events elsewhere in that county, with the grief still palpably raw, surely no-one could be that insensitive. But maybe it was just business as usual. Yes: it was almost as if nothing had happened; that we had learned nothing from that speech.

Later on Saturday, it was reported that Johnson had cancelled some campaign stunt involving a hot-air balloon and I wondered how anyone could tell the difference between Johnson and a hot-air balloon. But I took it as a welcome sign that the grieving process, as it’s called these days, might continue at least until the various bottoms had assembled themselves on Andrew Marr’s sofa; and so it proved.

By the start of the working week, the call for more restrained discourse clearly hadn’t reached the thick ears of our very own demagogue, Farage, who was refusing to apologise for his 'Breaking Point’ poster, unfurled on the day of Jo’s murder. Boldly he went as far as to suggest that it was he, Farage, who was the victim of bigotry and prejudice. Trump would have applauded such brazen defiance. I have this nasty hunch that English football supporters would too.

Farage may lack the personal jet, but for the moment I rate him more dangerous than Trump, not least because of his plausible impersonation of a bloke down the Black Bull, an act that Trump could never pull off. Hillary Clinton now has a good chance of protecting American democracy – maturity, eloquence and rationality may conquer malevolence, even if love doesn’t manage it any more. But who is there to protect Britain in the perilous hours left? Who will save us from ourselves? In this wretched campaign, only Nicola Sturgeon has had the courage to defend immigration as a good thing in itself; no-one else has dared.

England is not listening to Nicola Sturgeon; my fear is that, despite everything, it is still listening to Farage. So we have reason to fear Friday. Fetch the sick bag, Alice, before it’s too late. 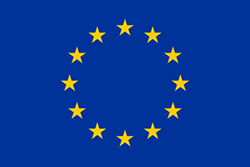 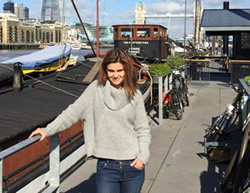