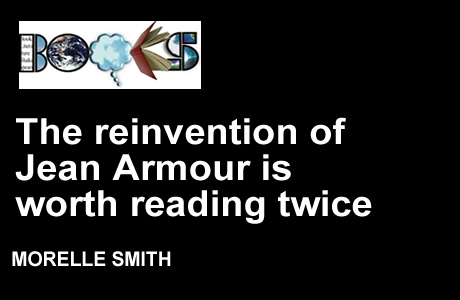 'The Jewel' by Catherine Czerkawska (Saraband)

I enjoyed this book so much that I read it twice. The first time, I slipped into it as easily as a warm summer's day when you sit out in the garden, with a background hum of insects and a feeling of being utterly at home in the world. The story is beguiling and enchanting and I was lost in it. Which was why I had to read it again, this time keeping a small part of objectivity. But that has to be the hallmark of a good story, where you lose yourself entirely in it, and Catherine Czerkawska is an excellent storyteller.

This is a book of historical fiction but as the author says in the 'Historical Note' at the end, 'Everything either happened, or could have happened'. It tells the story of Jean Armour and Robert Burns and the close interweaving of their lives. There are many biographies of Robert Burns so I was familiar with the facts. But where Jean Armour was concerned, there was little information beyond the facts though they were startling enough in themselves. She was a young woman bearing children outside of wedlock in a time and society which was so condemning of extra-marital sexual relationships and particularly of women, if they got pregnant.

With no other information to go by, Jean appears at least in the biographies I have read, as a rather passive cypher, with only the sketchiest of character description to distinguish her from an attractive piece of landscape. Which involves the reader in a puzzle. What was it about her then that kept Burns going back to her, and eventually marrying, and spending the rest of his life with her? There had to be something special about this young woman and their relationship and this is what we find out in 'The Jewel'.

Far from being passive, Jean is a lively and attractive young woman with a singing voice that the young Robert Burns finds particularly seductive. She is also spirited and prepared to flout the conventions of the time and risk the consequences of pregnancy, parental anger and punishment, and public condemnation by the church and the local society. All of which of course happens, but that comes later. For several months, through the heady long light summer evenings and on into the winter, the two young people enjoy all the delights of growing attraction, secret meetings and appointments, and their growing feelings for each other. Their rendezvous have to be kept hidden which only increases the intensity and excitement.

We are immediately drawn into the story as it begins with Jean spreading out the linen on the drying green and Robert Burns coming along with his dog, which muddies the clean washing and leads to a sharp exchange between the two. Catherine Czerkawska is so skilful at describing the gradual and sometimes conflicting feelings that develop between Robert and Jean as their paths cross again, sometimes by chance and later, by design.

The need for secrecy is because Jean's parents do not approve of Robert. More than that, they heartily dislike him. 'Who does he think he is with his tied hair and his fancy plaid and his fancy manners?' her father says. While opinions on him are divided, several of the local girls certainly find him attractive. But among those who are suspicious of his 'fancy manners' his reputation suffers a nosedive when a local girl, Betty Paton, has his child. Robert does not try to wriggle out of his responsibilities but admits to being the child's father. Jean's parents become even more condemning. Her father 'hated him like poison'. So their meetings have to be kept a secret.

One way for young people to meet up was to secure the services of someone known as a 'black fit', a kind of go-between, usually an older person who wished them well and would keep their secret. Robert arranged for a widow to perform this role, with Jean going to her house to learn needlework. And after a brief spell of sewing, she would slip out to meet Robert and they would walk together in quiet country places where they were unlikely to encounter other people.

And so these idyllic meetings continued through the summer, autumn and into winter, until Jean gets pregnant and no amount of deception or subterfuge can hide that. All hell breaks loose when she confesses to her parents. She is sent away to relatives in Paisley, where it is also hoped that she will marry someone else, Rab Wilson, who is keen to do this, even though she is carrying someone else's child. But Jean has no intention of doing that. Her father destroys the marriage agreement Rab had written before Jean's parents sent her away, and then tells Rab himself that Jean has changed her mind and no longer wants to marry him. Rab, not knowing the tremendous pressure put on Jean by her parents, believes what her father said to him, and feels wronged. Jean meanwhile, does not realise how bitter and wounded he feels and suffers when rumours reach her that he is now seeing someone else.

Catherine Czerkawska brilliantly handles Jean's conflicting and vacillating emotions, her continuing love for Robert, her doubts about his feelings for her, her dependence on her parents and need to submit to their authority, her despair at their lies and distortions and attempts to control her. And on top of this, she had discovered she was expecting twins and wondered how she was going to bring up two children on her own.

Even though you know the facts, and the eventual outcome, as these dramatic events unfold you find yourself full of suspense, wondering what might happen next, could it be possible that they would ever get back together? For although it is well known that they did, still, it could have been very different. It could have been a submission of a kind, a submission to the seeming implacable mores of the time which demanded that a man marry the mother of his children, to keep the peace, to 'do the right thing' to be accepted by society, a bowing to pressure.

But it was not, it was a triumph of two people who loved each other deeply, who were tested by emotionally wrenching circumstances, separated by lies, threats of legal action, by bitter feelings of rejection on both sides, by misunderstandings, by betrayals real or imagined. Yet they managed to overcome these obstacles and come together again, forgive each other and go on to share their lives, which certainly involved hard work but there was also lively companionship, song, music and laughter.

Catherine Czerkawska shows tremendous insight into character as she describes the mental and emotional states of both Jean and Robert during the worst months of their separation, while Jean was controlled by her parents, and during what used to be called a woman's 'confinement', before the birth of her children and in Jean's case, literally was, as for a while she was not allowed even to leave her room.

You can't help but love these characters. You see how Burns' creativity was closely linked with the rest of his life, particularly his emotional life. Of course one could argue that this is true of all creative people but Burns is our bard, so written about and so deep in the affections of most Scots or so I would imagine, that I feel this needs to be said. In our creative lives too, we are not islands. Burns' capacity for feeling, his compassion and his appreciation of life's humour and the absurd were all part of his particular and individual gift. To read about him fleshed out in this way, so I feel anyway, only increases the feelings of admiration and appreciation of him as a human being as well as a creative genius.

For example, when Jean tells him she is pregnant and asks if he is angry, he says 'Why would I be angry?…it isn't possible to get a wean all by yourself Jeany, even though some folk seem to think a lassie can'. And when he thought that Jean had rejected him, believing what her father had said, he had turned swiftly to someone else, as people sometimes do, in an attempt to ease the pain of rejection. This is so much more understandable than someone who turns his affections with seeming ease from one person to another. He had felt betrayed by the woman for whom he felt a deep love and attachment.

And we come to know Jean, her successes in scaling obstacles, her tenacity and loyalty, her very human painful feelings of jealousy and anger, her spirit and outspokenness, the fact that 'she could not bear a grudge for more than five minutes together'.

Catherine Czerkawska's research too, has clearly been prodigious. I learned many things about the times the characters lived in, the importance of pocket watches to fashionable young men, the role of pedlars and the 'black fit', the description of a shepherd's horn and stock, the practise of 'drizzling' or cutting off pieces of gold trim from gentlemen's costumes, for poor people to make a little money.

And as well as the insight into her characters, Catherine Czerkawska's descriptions of nature remind me of Mary Webb's 'Precious Bane', with the same detailed and lush sensuality, so you can almost feel the grass brushing against your skin, and smell the honeysuckle in summer evenings.

Next edition of the Scottish Review: 24 June 2016
Subscribe Today