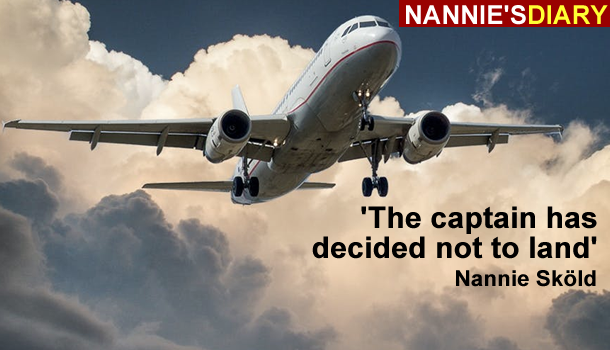 Wednesday 10 May
My partner's cousin is getting married on Saturday, and relatives fly in to Cyprus from all across the world to join the celebration. We wake up at 3.30am and head south.

Cypriots migrate. As a country of just over a million people, many opportunities are found abroad. Although there are a number of colleges and universities in Cyprus – both north and south of the UN-controlled buffer zone – it is difficult for the country's educational institutions to compete with those of countries with populations 60 times the size. It is estimated that there are approximately 300,000 British citizens of Cypriot origin in the UK, in addition to many Cypriot nationals residing in the country. To put this into perspective, the island's capital city, Nicosia, has an estimated population of 110,000, counting inhabitants on both sides of the buffer zone.

The majority of my partner's family and friends have lived abroad to study, most of them in either Greece or the UK. Of those living in the north of the island, many study in either the UK or Turkey. It is my guess that Cyprus is one of the highest-ranked countries in the list of who has been occupied the most times – by, to name a few, the Assyrians, Egyptians, Romans, French, Ottomans, British, Greek and Turkish. They each leave their footprints and shape the journeys of the Cypriots yet to be born.

Cypriots migrate for educational and employment opportunities, but their migratory pathways often mirror those of the country's former occupiers. With Turkish Cypriots commonly studying in Turkey, and Greek Cypriots often moving to Greece for education, pre-established divisions are reinforced. The UK, however, comes to be seen as relatively neutral ground.

Speaking to my partner about the division, he tells me that one of the only Turkish Cypriots he knows is a friend he first met at university in Edinburgh.
Cypriots migrate, but they are also expected by their families to return home. When my partner and I arrive at his family home at 2am the following morning, the first question we are asked is, 'When are you moving back to Cyprus?'

Saturday 13 May
It's the day of the wedding and the day of meeting my partner's 16 cousins. Traditionally, the bride and groom get ready in their respective family homes, accompanied by family and close friends. The houses are full of food, drink and decorations that have kept the family busy for days, and musicians have come to play traditional music as the bride and groom each get ready. The preparation ceremonies take place at different times – first at the groom's home, and then at the bride's, as the musicians and wedding photographers are expected to be at both.

As the bride is getting ready upstairs, I talk to some of the cousins in the kitchen. One says that he has heard that I studied in Scotland, and asks me what it was like. He says that he is 18, finishing high school in less than a month, and is considering applying to Scottish universities. I tell him a bit about my experience and mention that my brother is also 18 and considering moving to Scotland for his studies. Wondering if they would be in the same year, I ask when he is considering enrolling. The cousin tells me that he is planning to apply to start in 2018 – he has 14 months of mandatory military service to complete first.

My brother is graduating in just over two weeks, and can't wait, although the prospect of being finished is daunting. My partner's cousin will graduate soon after, knowing that he will have just one month of freedom before enlisting. He says he would not enlist if he had the choice, but thinks it will be alright. The one month before will be magical.

Sunday 14 May
As we are on the flight back from Cyprus, we hear a thud and the plane shakes. A woman has collapsed and only the toes sticking out of her sandals are visible from my seat. Everyone jumps and turns. A flight attendant calls out over the tannoy to ask for doctors on board. Doctors, nurses and medicine students rush forward, and everyone is relieved to see them so present.

A few moments later – after checking the woman's pulse and turning her so that she lays on her side – the flight attendant is at the tannoy again. The oxygen tank has been brought out. She asks everyone to please, please not smoke. I turn to my partner, who is full of the scientific knowledge I lack. He tells me that the plane could explode if someone were to smoke, and I regret asking him.

A while later, still no one has smoked, and the woman has recovered sufficiently to return to her seat. We are close to landing. We fly over villages and countryside and approach London Stansted. We spot aeroplanes and the terminal building. We sink, slowly.

Then we rise. The flight attendant's voice reaches us yet again: 'The captain has decided not to land.'

The captain turns the plane around, and lets us know through the tannoy that we had approached the runway too quickly, and that we would be landing in 10 minutes. A sigh of relief, although the worries had not had time to set in.

Thank you for choosing to fly with Ryanair. We hope you enjoyed your flight.