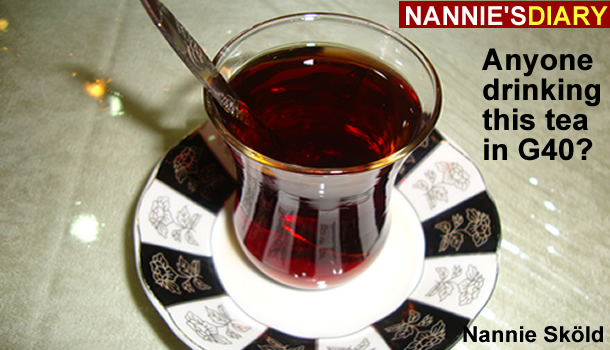 Thursday 18 May
This week I started volunteering at the Scottish Refugee Council, as part of the refugee integration service. Being a new volunteer, I am shadowing experienced advisers and trying to remember names of housing authorities and regulations for benefits that I have previously been unaware of. The refugee integration service meets clients through drop-in sessions and appointments to support individuals in accessing housing, benefits, education, employment, and so on. Basically, it assists individuals and families who have been granted the right to remain in the UK to settle into a good life in Scotland.

There is a checklist of things to go through. Where do you live? Who provided you with this accommodation? Are you working? Are you receiving money from the Home Office? Are you receiving money from elsewhere? They are questions that would be personal, where they not asked in a bureaucratic setting and in a professional capacity. Do you have a partner or children still in your homeland?

They are questions that must be asked in order to be able to find appropriate solutions. Yet, the sensitivity and intimacy of the questions require the adviser, and the Scottish Refugee Council as a whole, to have a strictly professional distance to the client. This is not like working in the Dunkirk refugee camp, where you go for dinner in the shelter of the family you were supporting during the day. Professionalism and personal relationships were often difficult to distinguish from one another.
Professionalism works differently once in the UK. The refugee integration service is of fundamental importance. This is no place to make friends.

Friday 19 May
A friend of one of my flatmates comes over for dinner. They first met when they were studying at the University of Edinburgh a few years ago, and were united through their shared passion for literature and social activism. They are now both living in Glasgow and are reconnecting.

Two other friends, who have also both studied in Edinburgh, join us for dinner. Unknown to me and my flatmates, the three of them knew each other from Edinburgh. They had been to the same flat parties in Marchmont; they are part of the same friendship groups.

Slowly, it dawns on us that this is the Edinburgh Exodus.

Recalling the friends we have in Glasgow, we realise that most have moved to Glasgow from Edinburgh. Upon moving to Glasgow, we reconnect with fellow Edinburgh emigrants. We are forming into a self-aware community.

Saturday 20 May
A family from the Dunkirk refugee camp arrived in Glasgow two weeks ago. Having spent many months in the camp, they made it across the channel to the UK on the night of the devastating fire. So much is just about luck.

The mother sends me a voice message and then the family's new postcode. They are in Glasgow.

My flatmates and I arrange to meet, and on Saturday afternoon we are standing on their street. We realise that we have no idea which flat they live in. We send them a message to say that we are outside. From the other end of the street, we hear someone shout, 'Nanniiiieeeee!' We shout out the name of the daughter of the family, and follow her voice. After a minute of shouting and searching, we see her head sticking out of a top-floor window.

Finally, we are together again. We are together and we are in the UK.
Sitting in their living room, drinking sugary tea, we ask about the flat, the children's new school and Glasgow. Soon after, the conversation turns to news and gossip about the other families from the camp. Although many have been transferred to accommodation centres and flats in different parts of France and Belgium since the fire, many others have made it to the UK. Several Kurdish families are in Birmingham. The nine-year-old daughter we saw every day in the Dunkirk children's centre tells us, 'Birmingham is little Kurdistan.'

We catch up on who is pregnant, who has given birth, who have separated, and who travelled in the lorries together. It is gossip from a community that is now more dispersed than ever since the camp burnt down.

We learn that a young Kurdish man from the camp, who we met a few weeks ago, lives in a flat very close by. The family tell us that they have already met other families from the camp who are in Glasgow. In the Dunkirk camp, everyone wants to leave and be elsewhere. But children also play together and learn together at the children's centre. Women spend time cooking and chatting and learning English in the women's centre, and men sit around fires late into the night and play cards. Community forms in a location where no one wants to be. Community regroups, weeks and months later, in Birmingham, Cardiff, and Glasgow.

The mother asks us where in Glasgow we live. We tell her the name of the area and what it is near, but she shakes her head. 'Postcode?' she asks. We tell her, and immediately the whole family knows. They tell us the postcode of their friends, and of different Kurdish families they know of. 'G32, G51, many, many Kurdish.' The daughter suggests G40 and the parents both laugh and shake their heads. 'No Kurdish in G40!' We are learning the Kurdish geography of Glasgow.

A while later, we sit in the sofa together with the two children and watch clips on YouTube of a playdough stop motion series featuring both 'Frozen' and 'Spiderman'. We are all fascinated. Two characters walk through a forest, carrying a map. The nine-year-old girl points at the map and turns to me and my flatmates to explain: 'GPS'. She knows her geography.

We don't ask the family questions about the money they are receiving from the Home Office or about family members elsewhere. We briefly talk about college, but refer them to organisations that may be able to help. We are not here to be professional now. We are here to gossip, watch YouTube and have dinner with our friends.