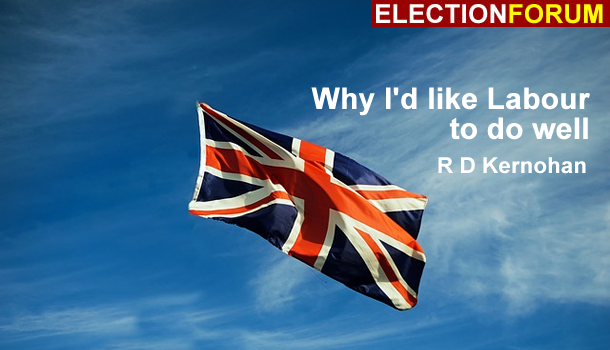 I have seen too many elections to find them exciting any more, for the sweetness of victory is soon soured by realities of government. Even the pain of disastrous defeat or miscalculation is soon dulled by the duties and opportunities of opposition. But this one is unusual, for it is especially unexciting as a British election, yet immensely significant as a Scottish one.

The irony is that much of the exceptional dullness is directly linked to an unusual honesty. The ostensible reason for this constitutionally unnecessary election is the real one, obscured though it is by Mrs May's reversion to a plainer and less dogmatic Conservatism than her predecessors offered. The prime minister did not have a sufficient or sufficiently coherent majority to face the uncertainty of Brexit, with its prospect of painful choices in still unpredictable circumstances. There may be trouble enough in securing cabinet solidarity, never mind coping with a situation where even a small awkward squad of MPs could wipe out a government majority.

Although the result may not produce anything like the majority that pre-dissolution opinion polling suggested, it's easy to see why Mrs May thought the risk worth taking. (For both Harold Wilson and Ted Heath discovered that rushing to elections always involves risk.) But she also created a situation where the significant 'mandate' from victory would not be for a new style of Conservatism or for the politically risky social chapters in her manifesto but for limited freedom of action in the Brexit negotiations and of response after their outcome or their deadlock.

A failure in negotiations would be immensely damaging both for Britain and the EU, but the rigidity of the commission, the cumbersome procedures of European institutions, and the other tensions among the 27 all demand that Mrs May hopes for the best and prepares for the worst. And, since a British election campaign cannot be about hypothetical responses in unpredictable conditions, this one was bound to be both dull and frustrating.

The Scottish part of it has some additional frustrations of its own, even if not so dull and in important respects more immediately significant. Glad though I am to see Ruth Davidson and not David Mundell cast as the Braveheart of Scottish Tory revival, it is incongruous and even dangerous that all the major Scottish parties are being 'led' in the campaign by persons who are not candidates in it and can bear no direct responsibility for implementing the policies they commend.

The danger (as it should seem to all but the SNP) is that this may contribute to the devaluation and denigration of Westminster and most things British which have become part of the nationalist stock-in-trade. It should be a temporary expedient to be abandoned if, as the happiest outcome of this election in Scotland would be, all the major parties are substantially represented in the House of Commons by members with a long-term commitment to its work and best traditions. The best of the SNP contingent could meet this need. The other parties desperately need reinforcements.

Unfortunately the SNP is trapped in the notion that its presence at Westminster is a temporary and necessary evil. It is hard for its members to make devolution work when they don't believe in it and when their leader's style is one of perpetual grievance, as zealous as her predecessor's but without his bonhomie. But the aspects of the devolution settlement which are functioning tolerably have been dulling down much of the general election campaign in Scotland and diverting such enthusiasm as it arouses into the constitutional issue which seemed settled in 1999 and, after the SNP upset Labour's carefully constructed apple-cart, reaffirmed by the 2014 referendum.

Even high Tories and arch-unionists like me find it frustrating when devolution makes so much of the campaigning (as reported by the BBC and from wherever Fleet Street has moved) relevant only to England and sometimes Wales. We have our own expensive but unsatisfactory formula to cope with care for the aged and infirm. We don't tune into the arguments about the alleged creeping privatisation of the NHS in England, even though we know that Scots who are frustrated and prosperous enough pay out to get their eyes, knees and hips fixed promptly.

We might benefit from some grammar schools in Scotland but Ruth Davidson understandably wants all schools to do as well as Buckhaven High. We are assured that our tax-free winter fuel payments are inviolate, even if we are rich enough to use them to pay the drinks bill on expensive cruises. We may even be confused by national arguments about income tax, pensions and benefits when the most recent instalments of devolution seem to allow Holyrood scope for variations, dispensations and surcharges.

The inevitable result is that the liveliest parts of the Scottish campaigning must be those dictated by the SNP's passion to partition Britain. They still sense inexhaustible opportunities in exploiting the deplorable British vote to leave the EU, irreversible now unless the election creates chaotic conditions in which anyone from Corbyn to Kenneth Clarke could be prime minister. They can even interpret a badly-worded Tory manifesto to claim that the question about a second independence referendum is still not whether but when. And, like so many others in Britain, they ignore the political reality that the EU seems likely to impose a hard Brexit even if we were to seek a soft one.

That is why Scotland's most urgent need in the election is not the Tory revival (real enough, and merited, but not sufficient for all the gains that have been talked about) but a setback for the SNP in which the Labour and Liberal parties have their share. The Lib Dems' national campaign has made a very faltering start but there are places in Scotland where the party still seems like the best unionist prospect. Only a minor boundary change may have saved me from a major crisis of conscience. The state of the Labour party in Scotland now spares me from being put to an even greater test, but I shall still manage two sotto voce cheers if it recaptures some of its ancient citadels.

Unfortunately, through no fault of its own, the present Labour line-up in Scotland bears the same resemblance to the great teams of the past as Rangers' squads of recent seasons did to those marshalled by Bill Struth or Walter Smith. It's an inevitable situation when such experienced players as Douglas Alexander and Jim Murphy are cast out or opt out, leaving only the crusty Gordon Brown and the more rational Alistair Darling to make occasional impact. British and Scottish politics badly need Labour to develop new talent at this election, whatever its outcome. I'd hate to think that for Labour this election in Scotland might mean the end of an auld sang, even though it's one I could never join in.

But I think I could just manage a one-off cry of 'comrade' for whoever helps to frustrate the SNP's determination to contrive an excuse for a replay of the referendum it lost and to make Brexit an even worse problem than it already is.