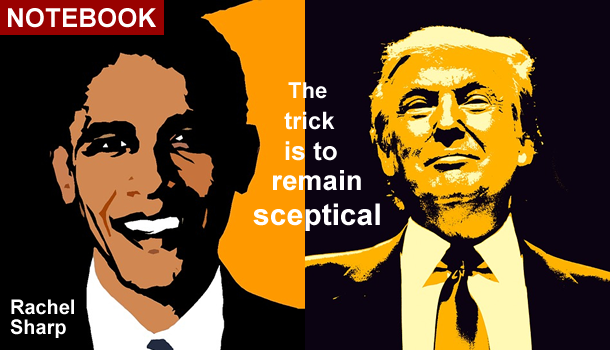 In the final days of his presidency, it’s easy to become nostalgic about Barack Obama’s successes. Having pushed for and won the Affordable Healthcare Act and marriage equality, improved international relations with Cuba, reversed Bush’s torture policies and ended the war in Iraq, Obama will undoubtedly be remembered as one of America’s finest presidents.

Yesterday, though, I stumbled on a piece published by the Financial Times entitled ‘Obama’s messy foreign policy legacy’. As its title suggests, the tone of the article was critical, at times condemnatory, of various aspects of his administration. In particular, it criticised Obama’s response to the Syrian regime, the premature withdrawal of American troops from Iraq and the subsequent advance of ISIS as well as his approach to relations with Russia.

The article reminded me that for all his successes Obama’s presidency was flawed, and although Trump’s rhetoric makes his predecessor look almost angelic, his time in office was hardly the halcyon days of the 21st century. When the past is so shrouded in criticism and blame, and the future so clouded with uncertainty and fear, it feels virtually impossible to pick a side with which to identify and invest my hope.

This feeling of stalemate is reminiscent of Thomas Pynchon’s 1963 novel ‘V’, which documents the exploits of an aging traveller and his quest to identify an enigmatic entity he only knows as ‘V’. The whole novel is 500 pages of utter chaos that I don’t pretend to understand, but as you approach its conclusion you realise that the quest to undercover the identity of V is not to be fulfilled. Throughout the novel it is tempting to try to impose order, but every attempt to define V is thwarted by another allusion or misdirection. The trick is to resist the urge to rationalise its identity with half-truths and invest your faith in just one idea.

Similarly, perhaps the trick today is to resist the urge to invest our faith in any one side, whether it be Obama or Trump; leave or remain; yes or no; left or right. It’s important at a time of so much opposition and conflict to somehow remain both sceptical and open-minded, and withstand the temptation to align ourselves too vehemently with one particular view, opinion, ideology or belief system.

The urge to pick a side, to impose meaning where there perhaps isn’t any, is human nature and necessary in politics, but it’s important to not let voices that clamour for either side of the aisle distract you from the truth which almost always lies somewhere in the middle. I have no idea what Trump’s presidency will look like or what further divisions it will incite, nor do I know what ‘Brexit means Brexit’ actually entails, but I hope I can be sensible enough to resist the urge to pick a side at the expense of truth.