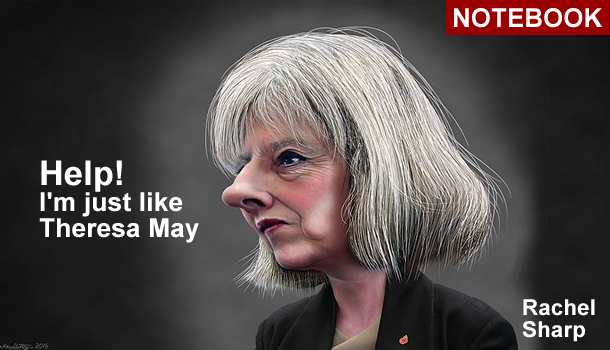 Last Sunday as I was enjoying a lazy afternoon, sipping a latte and staring into space, I suddenly had a horrifying epiphany: I'm just like Theresa May.

As fate would have it, Ms May and I share more than just a weakness for a packet of crisps; we're both educational hypocrites. In a speech given last September she painted herself as 'one of the people', paving the way for social mobility when she criticised private schools as 'divorced from normal life'. A bit rich, given that she attended St Juliana’s Convent, an independent school for girls.

There's nothing like condemning elitism and financial privilege to make you seem identifiable with 'ordinary, working people' as my friend Theresa would say. But Ms May is guilty of reaping the benefits of a private education while disowning these institutions to seem more likeable. How transparent, how disingenuous, and yet how familiar it sounded.

When people ask me what high school I went to, sometimes I alter my answer according to how I think they might respond. I really attended Holyrood Secondary in Govanhill for two years then moved to private school for three years. Generally people don't care that I was privately educated, but every so often I meet someone and have a conversation like the one I had a couple of weeks ago:

Thereafter follows a prolonged, awkward silence in which assumptions are formulated regarding my upbringing and social perspective. I never bother explaining why I moved school, relying instead on some scripted humour about the standard of lobster thermidor served at lunch as a way of navigating my way out of embarrassing territory.

To avoid these uncomfortable exchanges, I sheepishly tell people I went to private school but hastily add that I only went for three years. At times I've lied by omission, mentioning only that I went to school in Govanhill, because I'm scared of the awkward silences. I assume that I’ll be judged as a snob, 'divorced from normal life', so I downplay my expensive education to seem more likeable.

One latte later, though, I diagnosed my dirty little secret as educational hypocrisy, realising that by disowning my education I was perpetuating the stereotype that private schools are populated by posh toffs who are handed everything in life. In reality, they are more diverse, populated by pupils on bursaries, pupils whose parents work two or three jobs to keep up with fees, and pupils whose parents teach at the school to receive significant tuition discounts.

The truth is everyone wants a private education without ever having to say they went to private school. While Theresa May was denouncing private schools, Valerie Vaz was inviting people on Twitter to sign a petition against the Tories' plans to open new grammar schools using the hashtag 'NoNewGrammars', a campaign that carries the slogan, 'education not segregation'. Ironic, seeing as Ms Vaz attended Twickenham County Grammar School as a girl and now sends her daughter to an £18,500-a-year school in west London.

This kind of educational hypocrisy reeks of desperation, and it's a cheap trick wealthy politicians use to pose as 'one of the people', whatever they think that means. I might not accomplish anything by answering truthfully when I'm next asked where I went to high school, but at least I won't be a hypocrite.