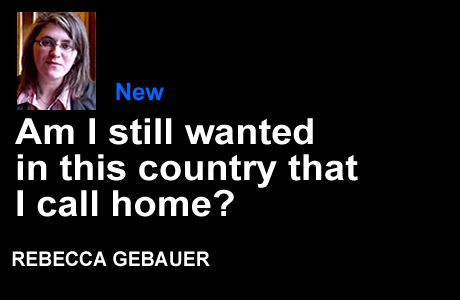 A perspective on the situation facing young EU nationals in Scotland: from a sociology/politics student at the University of Glasgow

Anger, disbelief, and shock. These words sum up my feelings ever since I woke up to the devastating EU referendum result.

Five years ago, I came from Germany to the UK for a fresh start. I did not have much more than some adventurous optimism – but since I am an EU citizen, that was just enough as I knew I could rely on a social security net to back me up if I should fail. Thankfully, I did not fail, but I do not know if without this back up I would have been brave enough to emigrate.

What I do know is that the UK, and Scotland in particular, quickly became my home. A home I was proud of and where I had a sense of belonging. I made new friends, met inspiring people and finally discovered my passions and talents which eventually led to me taking up studies with the ambition to become a university lecturer and researcher. Again, my EU citizenship enabled me to do all these things as I did not have to worry about tuition fees, visa requirements or work restrictions while following my new dreams.

And now? Now everything seems uncertain. Will I be able to follow through my study plans? Will I need a visa and will I be restricted in the amount of hours I can work? Will my friends and family from back home still be easily able to visit me? And am I actually still wanted in this country that I call home?

In addition to these personal worries I am deeply troubled by the state British democracy is in. I chose to study politics out of the deep desire to understand why democracy seems to be in decline, why people are disenfranchised from politics and why voter turnouts are so low. After this EU referendum I at least partially understand how people get disillusioned by politics as I find myself very confused by them.

How could it be that a prime minister gambles with his country’s international standing mainly to sort out an intra-party power struggle? How could it be that the Leave campaign did not offer any precise plans for a future outside the EU and solely won on nationalist sentiment, xenophobic scaremongering, and by ignoring expert views? Even worse, not only did the Leave majority depend on pathos rather than facts, the few 'facts’ they used served no other purpose but to mislead their voters, the best example being Nigel Farage’s withdrawal from his promise to increase NHS funding only hours after the referendum result.

So where are we heading as a democracy when ideological preferences and personal rivalry seem to outclass the desire to act in the country’s and the people’s best interest? I am sure that many people feel like I do. Britons living in Europe surely face the same worries as I do, and young people in the UK see a rather bleak future of unnecessary economic struggle. I cannot help but fearing that this shock is set to last.

Rebacca Gebauer is a former delegate of the International Young Scotland Programme, organised by the SR team