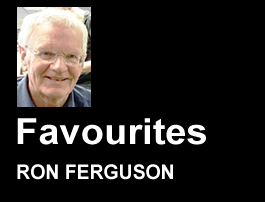 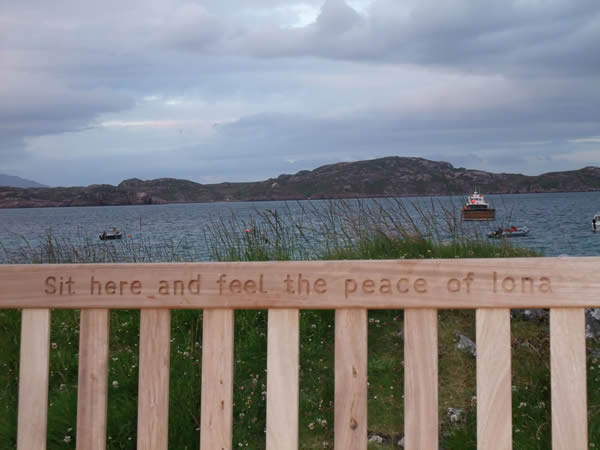 In each edition, a personal selection of things of value: we ask each contributor to nominate their favourite book, film, piece of music, work of art, restaurant or pub, and place. This week: biographer and minister Ron Ferguson

Favourite book
Brother to a Dragonfly by Will D Campbell. Will Campbell is a hero of mine: a Mississippi cotton farmer, graduate of Yale Divinity School, maverick Baptist preacher, country and western singer who carried a Bible and a bottle of Jack Daniels in his guitar case, leading figure in the civil rights movement who received death threats from the right, wonderful prose writer. Asked by a local newspaper editor to say what Christianity was about in less than 10 words, he replied: 'We're all bastards but God loves us anyway'. Unimpressed by the dogmatic certainties of liberals and of conservatives, he also ministered to members of the Ku Klux Klan. He listened to their problems, conducted their funerals and, when they were sick, emptied their bedpans. This time the death threats came from the left. His award-winning memoir, incorporating a profound meditation on his relationship with his mentally ill brother, Joe, is unforgettable.

Favourite restaurant
The Lucano, in the heart of Kirkwall. The standards are high; the Italian food is a delight. Mine host, Francesco, is generous and convivial. Another splendid eatery in the centre of Kirkwall is Cafe Lolz, where the warmth of the welcome is matched by great coffee and home bakes.

Favourite film
Babette's Feast. In 19th-century Denmark, two adult sisters live in a remote village with their father, the authoritarian pastor of a fundamentalist Protestant church. One day, a Roman Catholic French refugee, Babette, begs them to take her in as a servant. After their father dies, the sisters decide to hold a dinner to commemorate the 100th anniversary of his birth. A grateful Babette, who has just won the French lottery, begs the sisters to allow her to pay for and take charge of the meal. She prepares a sumptuous, succulent feast, washed down by vintage wines. This feast of a lifetime is definitely not in the Protestant playbook. Kierkegaard collides with a glorious excess of divine pleasures. Delicious.

Favourite work of art
Rembrandt's The Return of Prodigal Son. I have a large poster copy on the wall facing my computer as I write this. The timeless story of the guilt-ridden wayward boy who decides to return home, fearfully, after wasting his inheritance, only to see his generous father running towards him with arms outstretched, moves me deeply no matter how many times I have heard the story before. The image of a generous, forgiving God gets right to the beating heart of the Christian faith. Rembrandt's monumental painting is a breathtaking masterpiece.

Favourite place
Three main candidates: Easterhouse, Iona and Orkney. I refuse to choose. These three places, in different ways, taught me what it means to be a minister. And there are places within places. Our wooden Norwegian house, facing the island of Hoy, is special. In the study, I sit every day at the desk that belonged to George MacLeod. On the walls, George Mackay Brown beams, RS Thomas glowers, and my favourite poem, MacDiarmid's 'The Bonnie Broukit Bairn', continually inspires. In the hallway, a piece of sculpture depicting the scales of justice – crafted by Jimmy Boyle, who I used to visit in the Special Unit of Barlinnie prison – has pride of place.

Favourite piece of music
Myfanwy, a haunting Welsh song of love, loss and longing, often sung after pit disasters, and at Aberfan. As a young reporter in Cowdenbeath, I used to cover mining disasters for the national dailies. I will never forget the silence at the pithead as bodies of the dead were brought to the surface. 'Myfanwy' speaks to me about such unspeakable things. It also evokes for me the passionate street oratory of my third cousin, Jennie Lee, founding minister of the Open University, and of her husband from the Welsh valleys, Aneurin Bevan, founding minister of the NHS. Bless them.

Ron Ferguson is former leader of the Iona Community and biographer of George Mackay Brown and George MacLeod. He is also the historian of the newly relegated Cowdenbeath Football Club