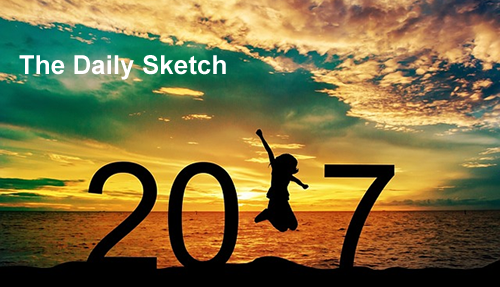 The speaker of the House of Commons, John Bercow, announced that he would exercise his right to veto any invitation to Trump to speak in Westminster Hall during the presidential state visit because of Trump’s 'racism and sexism'. His decision embarrassed the government and infuriated sections of the right-wing press, but was welcomed by Labour and the SNP. The United States department of justice defended Trump’s travel ban, calling it a 'lawful exercise of the president’s authority' and urged the courts to reinstate it in the national interest. Between 5,000 and 13,000 people, most of them civilians, were summarily executed by the Syrian regime between September 2011 and December 2015 at a prison north of Damascus, after 'trials' lasting as little as a minute, according to Amnesty International. More than 100 people died in an avalanche in a remote region of Afghanistan, and dozens more were thought to be trapped under heavy
snow. The centre-right candidate for the French presidency, Francois Fillon, apologised for payments made to members of his family out of the public purse. The former prime minister of Catalonia, Artur Mas, appeared in the high court in Barcelona charged with criminal disobedience and breach of trust for holding a non-binding independence referendum three years ago.

Harriet Harman tabled a Commons motion calling on the government to guarantee right of remain to all nationals of other EU countries who were lawfully resident in the UK at the time of last year’s EU referendum. Hilary Benn, chair of the Commons Brexit committee, said that senior members of the government – he named Amber Rudd and Jeremy Hunt – had damaged the UK’s standing in the world with their 'divisive rhetoric' about foreigners. Gun salutes were fired in London, Edinburgh, Cardiff and York to mark the Queen’s 65 years on the throne – the latest royal anniversary being declared a 'sapphire jubilee'. The English high court awarded three Labour MPs libel damages of £54,000 each against Jane Collins, a UKIP MEP, who had falsely claimed that they knew of child sexual exploitation in Rotherham but did nothing about it.

The wife of Nigel Farage said she and her husband were living apart, a fact almost as fascinating to the tabloid press as the footballer David Beckham’s hacked emails. The revelation in a forthcoming BBC1 programme that the footballer Rio Ferdinand has 'yet to grieve properly' for the death of his wife was the 12th most important story on the BBC’s 'news' website this morning. Stefano Brizzi, having been jailed last December for murdering and dismembering PC Gordon Semple, was found dead in his cell in Belmarsh prison, London. The average length of a GP consultation in the UK – 10 minutes – was claimed to be the shortest in the developed world. A Glasgow taxi driver, Dharminder Singh, who charged passengers £80 for a ride of less than three minutes to a Beyonce concert at Hampden Park, had his licence suspended.