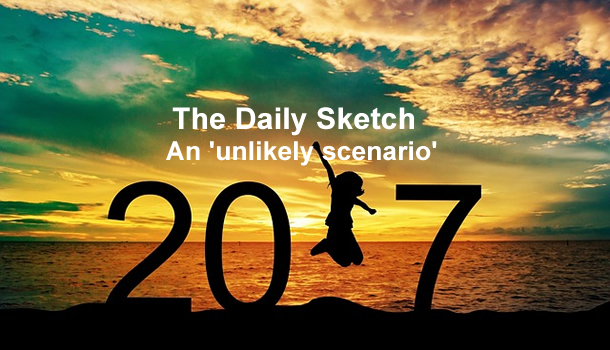 The minister for Brexit, David Davis, told the cabinet that it should prepare for the 'unlikely scenario' of Britain leaving the EU without a trade deal, which by some estimates would cost exporters £6bn a year in higher duties. The government seemed likely to be defeated in the Lords by a Labour amendment calling for proposals to be brought forward within three months of article 50 being triggered which would protect the rights of EU citizens living in this country. Even if the amendment were approved, it would delay the passing of the Brexit legislation by only a week or so. A Scottish woman, Emma Pollet, and her French husband, a scientist who has lived in this country for 20 years, announced they were leaving the UK after the Home Office rejected his application for permanent residency. The first minister, Nicola Sturgeon, said that a second independence referendum would be
'legitimate, almost necessary' unless Scotland secured a special relationship with the EU. The Scottish Tory leader, Ruth Davidson, accused Sturgeon of indulging in hyperbole and of using Brexit to manufacture a case for a referendum.

Sir Philip Green, possessor of one of the many discredited knighthoods, agreed to contribute £363m to the BHS pension scheme, which is facing a deficit of £571m. The Pensions Regulator estimated that former BHS employees would still lose 12% of the original value of their benefits. The coroner at the inquest into the deaths of 30 British citizens in an attack on a Tunisian beach ruled that they had been unlawfully killed but declined to blame the travel company which organised their holiday; most of the families said they intended to sue the company. The European parliament's legal affairs committee decided to waive the immunity which would have protected the leader of the Front National in France, Marine Le Pen, from
prosecution for her posting of gruesome images of IS massacres. Trump made a speech to Congress, conciliatory by his standards, in which he declared that 'the time for trivial fights is behind us', a statement that could mean anything or, more likely, nothing. The golfer Rory McIlroy said he was surprised by the negative reaction to his round with Trump, but sorry if he 'pissed people off'. He stopped short of saying that Trump 'played great', the customary mangling of the English language by professional golfers. There has been a spectacular decline in the number of Britons inquiring about holidays in the United States since Trump's election, according to a travel company. Olga Korbut, the former Russian gymnast who now lives in America, sold her Olympic medals to save her from penury. The ludicrous over-reaction to the mix-up at the Hollywood film awards appeared to have finally subsided.

In Scotland, it was a bad day for campers young and old. Loch Lomond and the Trossachs National Park Authority introduced a seasonal by-law which will restrict camping in popular sites between March and September, while the organisers of the T in the Park popular music festival, which has been plagued by drug-related deaths, said they were considering restricting admission to over-18s.