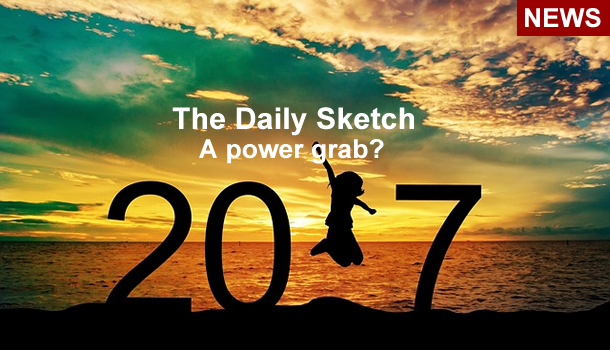 Powers over farming and fishing which return to the UK after Brexit may be retained by the Westminster government rather than devolved to the Holyrood administration, Theresa May told the Scottish Conservative party conference in Glasgow. She claimed this would avoid undermining the 'coherence and integrity' of the union, but Alex Salmond immediately accused her of a 'power grab'. Ruth Davidson, in her conference speech, promised a 'root and branch' review of Scottish education – a review is rarely enough; it must be 'root and branch' – to address concerns over falling standards in reading, maths and science. Scotland's chief economist, Gary Gillespie, in a report entitled 'State of the Economy', forecast growth of only 1% in 2016-17. The SNP seized on this as proof of the dangers of Brexit rather than as what it was: an indicator of feeble Scottish performance. Standard Life mounted a £11bn takeover bid for Aberdeen Asset Management. The Scots again found the weekend challenging: the police were treating an attack on a 24-year-old man in Greenock as attempted murder; another 24-year-old man with unexplained injuries was found dead in East Kilbride; and an 18-year-old girl was arrested for an alleged assault on a 68-year-old female street pastor in Aberdeen city centre.

The incorrigible Trump, a few days after sections of the media had hailed his deceptively kindlier persona, reverted to form with a claim that his predecessor had bugged him: 'How low has President Obama gone to tapp [sic] my phone during the very sacred election process. This is Nixon/Watergate. Bad (or sick) guy!'. Both the FBI and Obama's director of national intelligence insisted there was no proof in the allegation. The Democrats' House leader, Nancy Pelosi, described Trump's technique: 'You make up something. Then you have the press write about it. Then you say that everybody is writing about it. It is a tool of an authoritarian'. Trump revoked a regulation which banned 75,000 mentally ill Americans from the automatic right to possess a gun. North Korea fired four missiles 600 miles towards the Sea of Japan.

Sinn Fein made significant gains in the Northern Ireland election, stopping one short of becoming the largest party at Stormont, but some predicted the return of the discredited Arlene Foster as first minister. The Commons home affairs select committee said the Home Office had failed to consult local authorities thoroughly enough about their 'capacity' to accommodate unaccompanied refugee children and that councils could have taken many more. Jenni Murray, a presenter of the BBC radio programme 'Woman's Hour', said transgender women should not call themselves 'real women'. Emma Watson, an actress, who posed for a magazine photograph with her breasts partially exposed, said she was 'stunned' by suggestions that she had betrayed her feminist ideals. When the Daily Telegraph reported the story it used asterisks to protect its elderly readers from the word tits. The Scottish entertainer Rod Stewart – 'Sir Rod' to the ever-respectful press – apologised for a video posted on his wife's social media account which appeared to show him re-enacting an IS-style beheading in the desert. Stewart explained that he and his friends had been 'larking about'. Scotland's Laura Muir – no larking about for her – won double gold at the European indoor athletics championships.