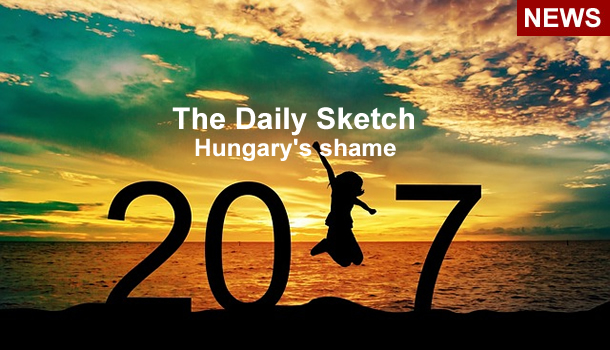 The shameful government of Hungary, whose own refugees were embraced by the free world 61 years ago (many setting foot here at Prestwick airport from a convoy of planes destined ultimately for the United States), decided to incarcerate its asylum seekers in converted shipping containers while they wait for their cases to be heard. Amnesty International said: 'Rounding up all men, women and children seeking asylum and detaining them for months on end in container camps is a new low in Hungary's race to the bottom'. The UN's refugee agency described it as a violation of the country's obligations under international and EU laws and warned of the 'terrible physical and psychological impact' on the asylum seekers. Commenting on Trump's latest travel ban, which has had a muted response in the United States, the UN's high commissioner for refugees said it would only increase the woes of the world's displaced people. In Germany, a Syrian refugee who was falsely identified as a terrorist in a series of doctored images on social media, failed in his application to sue Facebook. A court ruled that the company was not obliged to 'proactively seek out and delete defamatory posts'. The House of Commons narrowly defeated a humanitarian amendment by the Conservative MP Heidi Allen which would have obliged local authorities to disclose how many unaccompanied refugee children they were able to take.

The House of Lords decisively supported a Labour amendment to the Brexit bill which would give parliament an ultimate veto over the terms of any agreement between the UK and the EU. One of the rebel peers, Michael Heseltine, was promptly fired as a government adviser, saying later that he had never met Theresa May and regarded himself as part of the Conservative past. Rhodri Colwyn Phillips, also known as the 4th Viscount St Davids, Lord Strange of Knockin, Lord Hungerford and Lord de Moleyns, was charged with sending racially aggravated messages directed at Gina Miller, who successfully led the legal challenge on Brexit in the supreme court. In an annual survey of the world's 'best' countries in which to live, Switzerland replaced Germany at the top of the league, with Canada in second place. Bottom of the list of 80 countries were Serbia, Iran and Algeria.

A bin lorry in Bury St Edmunds connected to the disappearance of Corrie Mckeague, a young man from Dunfermline serving in the RAF, was found to have been carrying a load significantly heavier than police first thought, leading to speculation that he may have entered the lorry and ended up in the crusher; his mother said the revelation about the weight of the lorry 'can only mean one thing'. Scotland’s education secretary, John Swinney, told the Holyrood parliament that he remained 'absolutely committed' to the notorious named person scheme for every child but promptly announced a further delay in its implementation. A man called David Smith, who poisoned his wife with laxatives, an experience that she survived, was leniently dealt with by the sheriff at Ayr, going down for only three and a half years, prompting – in this column at least – the question of why the case was not referred to the High Court. This is international women’s day. 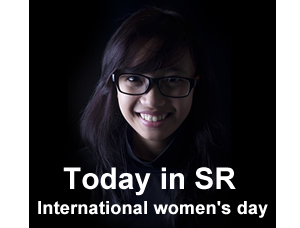