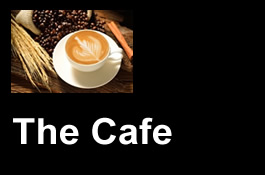 With the US primaries behind us, and the world reeling in the wake of the electoral good fortune of Donald Trump as Republican Party candidate for the presidency of the United States of America, there seems to be a growing awareness in the GOP that the 'good-fortune of Donald Trump' is a contradiction in terms when collocated even remotely with 'presidency of the United States of America'. This growing awareness is now veering towards panic as, like Biff in 'Back to the Future', we skid irremediably out of control powerless to avoid colliding with the truckful of organic manure that will topple over us and submerge us all under a collective state of 'good fortune'.

Political pundits the world over are racking their brains to rationalise what happened to Republican voters, why, in hindsight the also-rans didn’t stand a chance and what has broken down so that once we get it fixed, all we have to do is click our heels and we’re back in Kansas.

Nothing of significance has so far emerged save one seemingly trivial thing about Trump’s campaign that hardly anyone has picked up on, namely that definite article 'The' as in 'The Donald'. Not just any old Donald in the tradition of, say Dòmhnall mac Ailpein aka King Donald I of Scotland, or Donald Bradman, Australian cricketer, Donald Campbell holder of world land and water speed records, Donald Sutherland actor and, just to prove I’m not biased, Donald Rumsfeld who once famously remarked: 'There are known knowns. These are things we know that we know. There are known unknowns. That is to say, there are things that we know we don’t know. But there are also unknown unknowns. There are things we don’t know we don’t know'.

But no! this is THE Donald! By a mere definite article, a probable incautious slip of someone’s tongue, this ridiculous popinjay with his fluffed up comb-over hairdo, Benito Mussolini grimace, and eyes that you wouldn’t buy a second-hand car from has been elevated from 'a' to 'the' which, however flippantly you choose to see it is a perfect investiture of our rough-diamond boss-man to the club of the élite, and the kool, politically correct legacy of Barack and Michelle be damned. Indeed to paraphrase Lincoln, he has so far proved that you can fool enough of the people enough of the time.

Ordure by any other name is still ordure…

I have mixed feelings about the giant trader amazon.co.uk. I have bought books, chairs, dog repellent, oven glue and many other items from the online trader with complete satisfaction that my orders have been honestly executed rapidly, efficiently and at the prices stated. But I am sad that the very efficiency of their services has impacted badly upon traditional traders such as booksellers and other providers. And I do not care for the reported reluctance of the giant trader to pay taxes in the UK.

But a new service for online customers appeared in recent years named Amazon Prime. This is a service providing unlimited films, TV shows, music and other facilities which is offered by email at a one-off annual cost of £79. So far so good, but the snag arises when it is realised that the benefits of Amazon Prime have been offered on the basis that membership is taken for granted, unless the recipient of the offer declines it. As a result those who simply delete the email (always classified by my computer as junk) or do not fully understand its import may find themselves automatically enrolled and charged the annual fee of £79. This happens without further notice where Amazon already have details of the customer’s bank account from previous dealings. However I am prepared to believe that the services rendered to members of Amazon Prime for this annual fee, once properly established, may well be as efficient and as satisfactory as all the other trading services offered by Amazon.

My concern is that this is a form of inertia selling, a practice which is disapproved by UK trading law. It may help if I explain my own experience with Amazon Prime.

Two years ago I received the first intimation by email that I was a member of Amazon Prime. I failed to realise what the consequences would be. I certainly had no desire to receive films, TV shows or music and I made no effort to ask for these. Eventually I received an email saying that it had been noticed that, though a member of Amazon Prime, I had not taken any benefit from my membership. I responded saying that I was not a member and had no desire to be one. And belatedly I checked my bank statements to find that £79 had been removed from my account on 25 November 2014.

I demanded return of this money and after some further correspondence I was told that as I had taken no benefit from my membership Amazon Prime would return a proportion of my subscription. Weakly I accepted, protesting that I was not a member, and this was acknowledged. On 27 May 2015 £33.18 was refunded to my account. Over the next few months the usual emails followed and each time I replied that I was not a member.

However, to my horror on 21 March 2016 I found that another £79 had been taken from my bank account. Once again Amazon Prime had emailed me saying it was noticed that I had not used any of the benefits of membership. I attempted to reply angrily to that communication but my emails were returned 'address rejected'. No UK postal address was disclosed. At this point I consulted my solicitors who cautioned me that the cost of seeking a remedy in law might well exceed the sum I had lost. They suggested instead that I should telephone the Amazon customer relations line with my complaint. I did so claiming that their inertia trading was verging on the unlawful, that their double seizure of my money was akin to theft, and that their misuse of my bank details was a serious breach of trust. The lady to whom I was speaking said she would consider whether my complaint was valid, wished me a nice day, and hoped I would come to enjoy the merits of Amazon Prime.

On 12 May 2016 the sum of £79 was returned to my bank account. Instantly I resolved to surrender my credit card and ask the bank to issue a new one so that Amazon could not repeat their seizure next year. Since Amazon remarkably do not accept payment by cheque or in cash, this means that for the present I am terminating my relations with Amazon.

To my surprise on 28 May 2016 another email entered my junk mailbox this time announcing that Amazon Prime now offers access to thousands of movies for new customers only on 30 days free trial. The small print discloses that 'paid subscription of £79 per year starts automatically after free trial unless cancelled'. Or you may join now for £5.99 per month.

Of course I do not attribute this change to my personal protests, but I do believe that too many people are discovering Amazon’s unacceptable trading practices the hard way. But there is a small advance. For the first time, Amazon have disclosed a London postal address.

Next edition of the Scottish Review: 8 June 2016
Subscribe Today