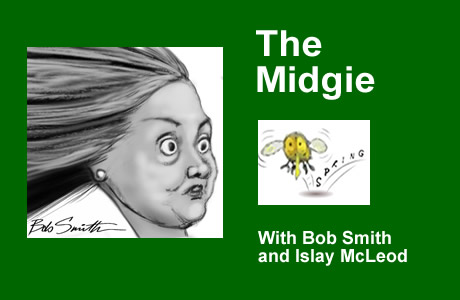 Historic achievement of the week
The SNP's 'historic' third victory in a row. As there have been only five elections since the Scottish Parliament came into being in 1999, winning three of them is not exactly historic – unless you view Labour's two successive victories as 'historic' too.

Hyperbole of the week
'Nineteen months on from the referendum, our Groundhog Day battle over the constitution dominates another election and hands 2nd place to Davidson and her callous band of Tories who torment the poor and vulnerable'
Front page standfirst, Daily Record, 7 May (The italics are The Midgie's)

Dumbest political slogan of the week/year/decade
The Midgie declares a goal-less draw between 'Kids not cuts' (Scottish Labour) and 'Bairns not bombs' (SNP).

Least enticing invitation of the week
'Let's take a look at the Scottish Labour manifesto'
BBC Scotland news website, 4 May

Secret marriage of the week
'Mr Kasich had been widely seen as the most moderate and electable Republican candidate and polled well against Hillary Trump, but that did not garner him enough support among Republican voters'.
BBC news website. 4 May 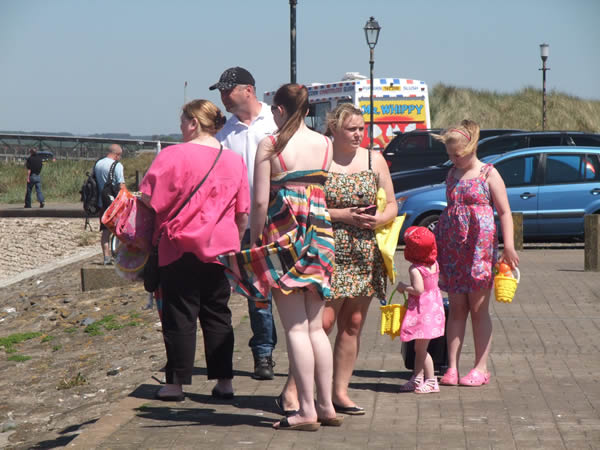 Slogan of the week
'Life is short. Let's live it well' (New Day). How true. New Day died after nine weeks. It may even have passed away.

Words of the week
'Burying his demons'. The Midgie notes the increasing demand on all of us to bury our demons. Rory McIlroy, the Irish golfer, is returning to a course on which he has not played well in the past. It is not enough for the press to express the hope that the young man plays better. He must 'bury his demons'

Lovely, but we may have had enough
Leicester City, whose victory in the English Premiership has been described by a journalist on Sky TV as 'the greatest story ever told'. The Midgie was brought up to believe that was Jesus, who scored the winning goal in injury time. 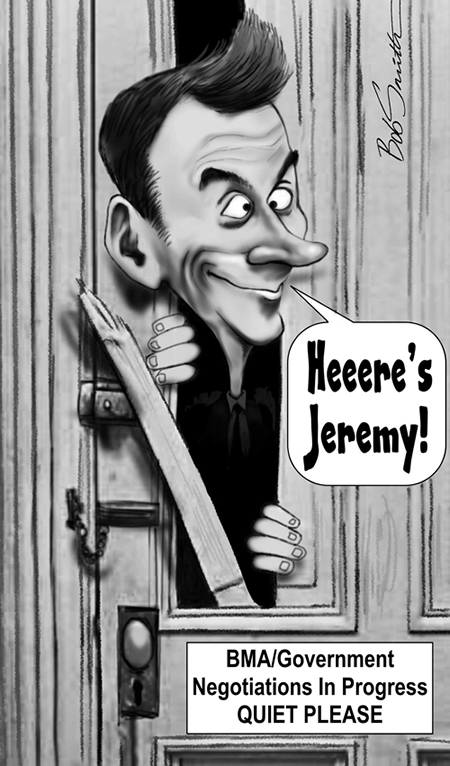