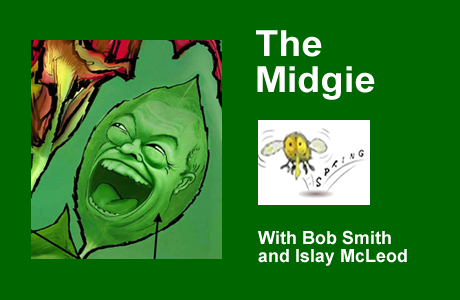 Murders of the week
The official narrative from the Scottish Government is faithfully regurgitated by our mainstream press: crime in Scotland is at a 41-year low and the incidence of knife crime in particular has fallen dramatically. Though you do have to wonder how much reliance to place on these encouraging stats. If many incidents go conveniently unreported, it follows that they won't show up in the figures. How many schools, for example, find it necessary to report knife-carrying pupils to the police? Not Cults Academy, it seems.

Far be it for the Midgie to disturb the official narrative – as if – but the extreme violence of last weekend in Scotland casts further doubt on the SNP's reassuring claims about our peace-loving little nation.

On Saturday morning around 11 o'clock, a bus driver in Girvan, Ayrshire, was stabbed to death in broad daylight. Later that day, on the other side of the country, a man was found dead with stab wounds in a Kirkcaldy street. Both victims were in their 40s. The hot bank holiday weekend continued as it had begun, with the discovery of a body of a 27-year-old man near a canal in Falkirk early on Sunday morning. Two men have been charged with murdering him by pushing him over a bridge and punching his hands as he hung from the railings.

Also in the early hours of Sunday, another man in his 20s was taken to hospital in Glasgow with serious head injuries after 'a terrible attack' (the police's description) by a group of between six and 10 young men and women, an assault apparently unnoticed by the many people still on the street at the time.

The Midgie noted how each of these incidents was reported separately in the media – as if there was no need to join the dots. Should we start to worry that Scotland is a more dangerous place than those nice stats suggest?

Well, who knows? The last people to tell us will be the Scottish Government. 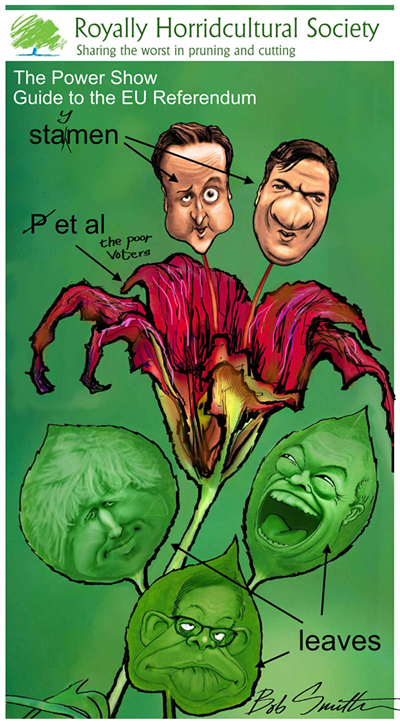 Question of the week
Whatever happened to the black boxes that might yield some clue to the reason for the Egypt Air plane crash, which killed 66 people as long ago as 19 May? A ship capable of detecting tell-tale pings in deep water left the Irish Sea only on Saturday – nine days after the crash. The Midgie is impressed by the obvious sense of urgency the authorities are showing in their ceaseless efforts to arrive at the truth. So urgent that, according to reports, the ship will require a further 12 days to reach its destination in the Mediterranean. Is it a rowing boat they've sent?

By then it will be 9 June – 21 days since the disaster. The black boxes have enough battery power to emit signals for about four weeks, so with any luck they'll still be pinging a week tomorrow – though not for much longer. The Midgie is perplexed by the disappearance of media interest in this murky story, which has fallen off the radar almost as mysteriously as the plane itself.

Misogynists of the week
The newly-promoted Ayr United football club which, in a stunt to promote its new kit, hired a topless model and arranged to have her plastered in black and white paint. It seems you can take the boys out of the lower league, but that you can't take the lower league out of the boys. The Midgie understands that the same deplorable, non-family-friendly club now has the nerve to advertise for a 'girls' and women's development officer'.

Bargain basements of the week
The Midgie is delighted to report that nine of the 10 least expensive seaside towns in Britain are Scottish. Halifax (a bank) has worked out the average house price in each of them:
Port Bannatyne, Bute, £77,132
Newbiggin by the Sea, Northumberland, £81,259
Girvan, £91,912
Campbeltown, £91,938
Saltcoats, £93,479
Stranraer, £96,476
Invergordon, £98,673
Millport, Cumbrae, £98,742
Rothesay, Bute, £99,005
Thurso, £99,660
The Midgie's friend Islay McLeod informs him that you could, if you were so minded, purchase eight and a half properties in Port Bannatyne for the price of a single heap in Sandbanks, Dorset, the most expensive seaside town in Britain. Meanwhile, Ms McLeod takes us on a whirlwind tour of our very own bargain basements... 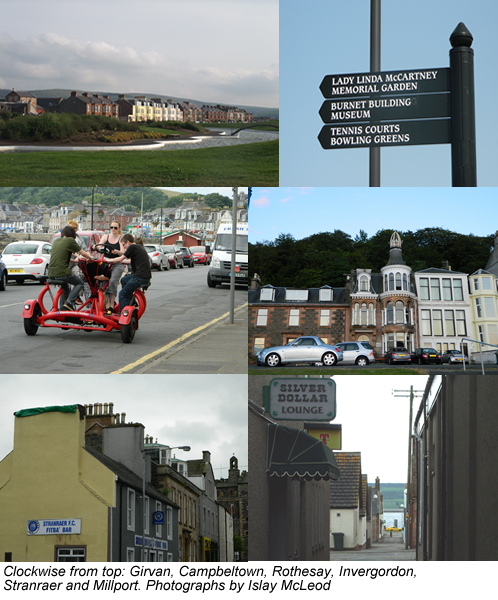 Obituary of the week
From the Richmond Times-Dispatch, a local paper in America: 'Faced with the prospect of voting for either Donald Trump or Hillary Clinton, Mary Anne Noland of Richmond chose, instead, to pass into the eternal love of God'

Most exciting news of the week
'Plan to spruce up approaches to Inverness' (BBC Scotland). The Midgie wonders where it will start – Pitlochry?

Word of the week
Summit. Every time the Supreme Named Person decides to organise a meeting, she calls it a summit. It could be a sign that summit's up.

The Midgie asks...
Had anyone ever Heard of Amber?