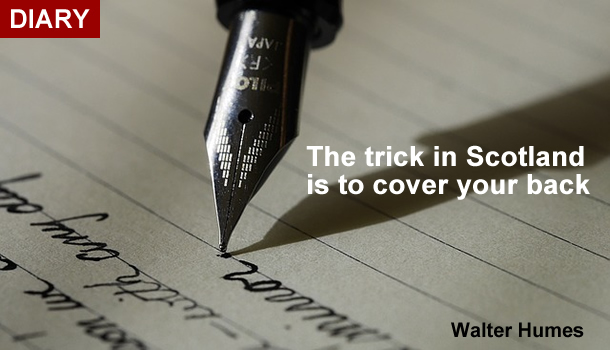 Tuesday 7 February
One of the problems of generalising about the NHS is that the service is extremely variable and people’s experiences can range from deeply frustrating to highly positive. A few months ago, I decided to change my medical practice. I had become dissatisfied for several reasons. The surgery was understaffed and obtaining appointments was often difficult. On-site resources were limited and treatment frequently involved referrals and delays. The one doctor that I particularly liked decided to move to another post. And the premises were bleak and depressing, with the receptionists required to work in a coffin-shaped space with no natural light.

I moved to a large practice in a splendid new building with many facilities on-site, a great advantage for older patients with mobility problems. Today I used the online booking facility for the first time. I logged on at 7.30am and, much to my surprise, found that I could get an appointment with the doctor of my choice at 10.10am the same day. On arrival, I confirmed my presence by registering on a touch screen, which I managed to negotiate without difficulty. There was no need to speak to a receptionist. Although the waiting area was busy, I was called at 10.15 and my consultation, for a minor ailment, took less than the 10 minutes allotted. I left with a spring in my step, already feeling better before I had even collected my prescription. Wouldn’t it be wonderful if that level of service could be assured across the NHS as a whole?

Thursday 9 February
Rosemary Agnew has been nominated as the new Scottish Public Services Ombudsman (SPSO) and will take over from Jim Martin in May. She is currently the Scottish Information Commissioner and, before that, served as chief executive of the Scottish Legal Complaints Commission. She can, therefore, be regarded as an experienced 'insider', familiar with existing structures designed to ensure public accountability. Insiders have certain advantages. They know how the system works and are likely to have an extensive list of contacts within government circles. But insiders can become too comfortable with established practices and disinclined to make changes which may be necessary. Sometimes a 'bold' rather than a 'safe' appointment is what is needed.

The role of the SPSO is to investigate complaints against public service organisations in Scotland, where people may feel they have been victims of maladministration and have suffered injustice. Councils, the NHS, housing associations, universities, water providers, prisons, and the Scottish government and its agencies are all subject to the relevant legislation. Many people, however, feel that current arrangements are not working effectively, or fairly, and that too often delays, poor procedures and difficulty in gaining access to information, leave complainants frustrated and angry. Some have suffered serious health problems as a result of their experience.

In important respects, Scotland does not function as a mature democracy. It is perhaps better described as a protectionist bureaucracy. The protectionism manifests itself in various ways. Faced with complaints, senior officials adopt a back-covering mentality. They regard complainants as irritants, rather than potential sources of knowledge which might help to improve services. Procedural hurdles are erected to deflect and misdirect enquiries. Internal reports, where they produced, are perceived as a whitewash. There is little understanding of the deep sense of injustice which complainants feel when they are not treated seriously or dismissed as 'vexatious'.

Ms Agnew will have her work cut out if she is to persuade the public that the SPSO is fulfilling its remit adequately. She needs to listen to people outside those official networks which consist of senior staff who tell each other that they are doing a good job. At the same time, MSPs need to discharge their responsibilities by holding the SPSO to account more effectively. Past experience suggests that they cannot rely on briefing notes prepared by parliamentary officials. The Holyrood committee system has been shown to be weak and ineffective in its monitoring of the work of the SPSO and too inclined to accept self-reporting accounts of its record. To overcome the diseased bureaucratic mindset which controls so much of Scottish public life will take courage and determination. Ms Agnew has eight years to demonstrate that she is fit for the task.

Friday 10 February
I am quoted (accurately) in an educational magazine published today. Last week I was asked for a comment by a journalist on the changes to National 5 examinations announced by the Scottish Qualifications Authority (SQA). These came after complaints from teachers and a promise by the Scottish government that the burden of assessment and associated paperwork would be reduced. The journalist is someone who has always treated me fairly, sometimes even making my presentations at conferences sound more coherent than they actually were, so I emailed him a few thoughts on the subject. I made it plain, however, that I would not be offended if he didn’t use them as there are assessment experts who might have more interesting things to say. A few days later he emailed again saying that my observations would be given prominence by being put in a box alongside the main article. I replied that there are quite a few people who would like to put me in a box.

Saturday 11 February
It is said that we live in a 'post-truth' age in which 'fake news' and 'alternative facts' can flourish. The internet allows conspiracy theories to be aired and social networking sites facilitate the rapid spread of gossip and rumour. Donald Trump’s notorious tweets serve to illustrate the trend.

Meanwhile, nearer home, a survey has found that a third of respondents believe that the BBC’s news reporting is biased against Scottish independence. After the 2014 referendum, around 4,000 people protested outside the BBC headquarters in Glasgow, some waving placards with the slogan 'British Brainwashing Corporation'. Unsurprisingly, the BBC rejected this allegation, claiming that its news reports followed editorial guidelines requiring 'fairness, accuracy and impartiality'. The latest survey shows responses are divided along constitutional and generational lines. Two-thirds of those who voted in favour of independence believe the BBC is biased. Similarly, younger people are more inclined to be critical of BBC coverage than those over 65.

It is likely that these findings will be used by nationalists to restate their case for moving control of broadcasting to Holyrood. The implications of that argument need to be examined carefully. A healthy democracy requires an independent and diverse media. Governments of all shades try to control what is broadcast and written about them. Scottish broadsheet newspapers (the Herald and the Scotsman) are struggling and offer poor value compared to the Scottish edition of the Times. They rely too much on the self-regarding press releases of government and its agencies. As for serious investigative reporting, it is virtually non-existent. Home-based television coverage of Scottish politics is uninspiring, though STV reports tend to have a sharper edge than those of the BBC, thanks to the robust style of Bernard Ponsonby. For me, it is the quality of news coverage, rather than allegations of bias, that is the real issue. Handing power over to those with an interest in steering debate in a particular direction, with the aid of compliant media cronies, is unlikely to address that problem. 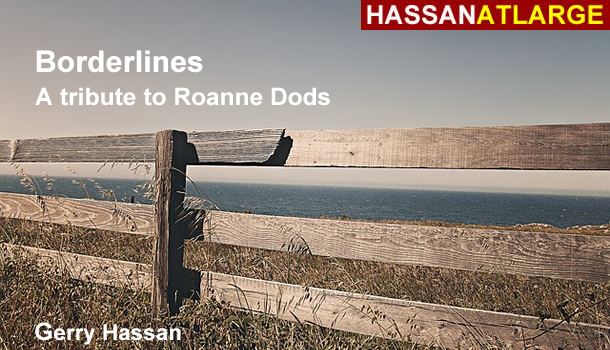 Yesterday, the Sunday Herald followed up SR's exposé earlier in the week of the failure by the Crown Office to instigate Fatal Accident Inquiries into half the prison deaths in Scotland in the last five years. Since our original story appeared, there has been another death in a Scottish prison and the Scottish Prison Service repeated its practice of saying that there 'may' be an FAI into the death. There is no 'may' about it. We remind the Scottish Prison Service that FAIs in cases of death in custody are obligatory under the law. Why, then, do the Scottish authorities insist on presenting it as an option?

Dustbin of History
Part 1 of the Carole Compton trial