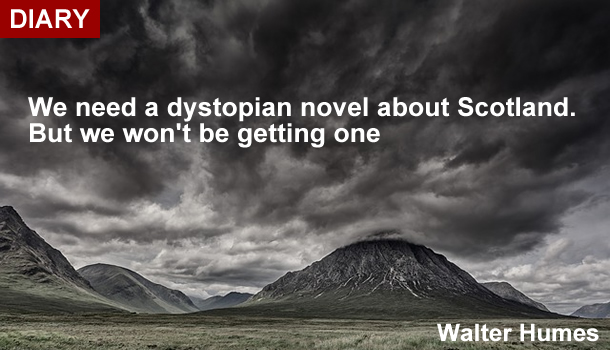 Tuesday 14 February
I catch up with a radio programme on whistleblowing in the NHS, which I missed when it was first broadcast last week. Although mainly concerned to report on the effects of the Francis inquiry recommendations, following the mid-Staffordshire scandal, the programme does feature one Scottish case, that of Dr Jane Hamilton. Dr Hamilton, a perinatal psychiatrist, raised concerns in 2007 about the treatment of pregnant women with mental health issues at NHS Lothian. Her concerns were not taken seriously by management and after a long dispute she left the service. Two Lothian patients subsequently took their own lives and a mother suffering from depression suffocated her nine-month old daughter. It is only now that Dr Hamilton is being asked for her advice on how to improve provision. She no longer works in Scotland.

The programme revealed that whistleblowers in England were still being subjected to oppressive treatment. One young doctor found that his career progression was blocked after he asked questions about staffing levels in an intensive care unit. His record referred to 'personal and professional conduct issues'. He is now pursuing legal action, helped by financial support from a 'crowdfunding' campaign. A senior consultant who reported excessive use of radiotherapy in the treatment of patients with colon cancer found himself subject to abusive graffiti and had his office trashed. He himself was accused of bullying and reported to the General Medical Council. After a two-year investigation, he was exonerated. An experienced nurse discovered that she had been blacklisted on electronic records. After being interviewed successfully and offered jobs, the offers were suddenly withdrawn. On the official record the abbreviation 'SOSR' appeared as the reason for leaving her previous post. She learned that this stood for 'Some Other Substantial Reason' and was code for whistleblowing troublemaker.

If these cases are at all typical, a culture of retribution and victimisation still exists. Surveys have shown that staff remain fearful of raising issues. Significantly, it is rare to find that any of the managers responsible for trying to silence those who have sought to highlight failings are identified by name. Perhaps if they were held publicly accountable for their conduct, the culture of denial and cover-up would be harder to maintain.

In Scotland, there is currently a call for submissions to an enquiry into NHS governance. Legislation requires that staff are treated 'fairly and consistently, with dignity and respect', but some doctors and nurses would certainly question whether this always applies. A meeting of the public petitions committee of the Scottish parliament on 9 February heard evidence on whistleblowing. The NHS Scotland chief executive, Paul Gray, who featured on the radio programme, giving a bureaucratic response to the Hamilton case, will appear before the committee on 2 March.

Wednesday 15 February
A friend, who has been interested in politics all his adult life, tells me he has had enough. He despairs of the political landscape at both UK and Scottish levels. Now, whenever leading politicians appear on television, he switches channels. He simply cannot bear to watch them. He feels that the Westminster parties over many decades have treated the public with contempt, have lacked courage in addressing difficult issues and, as a result, have created the conditions for the current constitutional crisis. Within Scotland, he believes, there is no scope for compromise between the nationalist and unionist factions. They will continue to chant their tribal slogans at each other, ensuring a bleak future of social division for many years.

My friend says it is highly unlikely that he will bother voting in future. Cynically, I wonder if that is the outcome that some politicians have been intending. For them, the fewer people who are actively involved in the democratic process, the easier it will be for them to pursue their self-interested agendas. Increased membership of the SNP and Labour parties is an unreliable guide to the level of engagement of the electorate as a whole. If most people are turned off, having lost all regard for the political class, thus leaving the field to a minority of activists, it cannot be claimed that we have a democratic system that is fit for purpose.

Thursday 16 February
Novels depicting a dystopian future have often appealed to readers: one thinks of George Orwell’s 'Nineteen Eighty- Four', Aldous Huxley’s 'Brave New World' and Anthony Burgess’s 'A Clockwork Orange'. A less well-known example (at least in this country) is Sinclair Lewis’s 'It Can’t Happen Here', first published in 1935 and now reissued as a Penguin modern classic. Lewis achieved great success in America in the 1920s and was awarded the Nobel prize for literature in 1930.

The back cover of the Penguin edition, summarising the plot, makes it clear why the reissue is timely: 'A vain, outlandish, anti-immigrant, fear-mongering demagogue runs for president of the United States – and wins'. He promises to make the nation great again, a message that appeals to poor, angry voters, 'but takes the country down a much darker path'. The new regime soon 'slides into authoritarianism'. The central character is described as vulgar, 'a public liar easily detected' but also 'an actor of genius'. Maybe the last phrase doesn’t apply to Donald Trump but the rest seems to fit pretty well. Perhaps a copy of Sinclair’s book should be placed on his desk in the White House.

It strikes me that there is scope for a dystopian novel about Scotland’s future. It could chart how the triumph of achieving independence, amid promises of much better things to come, soon turns into a depressing story of economic decline, institutional failure, media control and growing tyranny by an embattled political leadership. The story would require an 'outsider' hero, fighting against the lies and injustice of the system, but doomed to failure in the face of the abuse of power by insiders. There is, however, a major difficulty. Leading members of the Scottish literary establishment tend to have a very chummy relationship with the nationalist elite, so they are unlikely to possess either the ability or the inclination to produce a dystopian novel of quality.

Saturday 18 February
Thinking again about my friend’s loss of interest in politics, I wonder if an injection of satire would help. Far too much political debate is conducted in earnest, dreary and repetitive language. The editor of the satirical magazine Private Eye, Ian Hislop, has said that his sales have shot up since Donald Trump became president of the United States. There is plenty of scope for mocking a dangerous bombastic clown like Trump. Our own Scottish political leadership would present a bigger challenge, but let me offer a couple of ideas.

A sketch involving Ruth Davidson and Murdo Fraser (a former deputy leader of the Scottish Conservatives and still an MSP), portrayed as the Krankies, has considerable potential (Susan Calman would be perfect as Ruth/wee Jimmy). As for the SNP, I have often thought that John Swinney would look good in a uniform – something military perhaps, as he is reputed to enjoy barking orders at civil servants. Some of Nicola Sturgeon’s sartorial choices are rather reminiscent of Margaret Thatcher’s and she is becoming just as dogmatic. There would be comic appeal in a Maggie-style 'handbagging' with a Scottish accent. That comparison would, of course, enrage the first minister and her supporters. But satire is meant to annoy as well as entertain. If you can’t take the rough with the smooth, you shouldn’t enter politics.

Diary
We need a dystopian novel about
Scotland. But we won't be getting one
WALTER HUMES

Lunch with the girls at Trump's hotel
KENNETH ROY

Diary: Turned down by the local GP
NANNIE SKÖLD