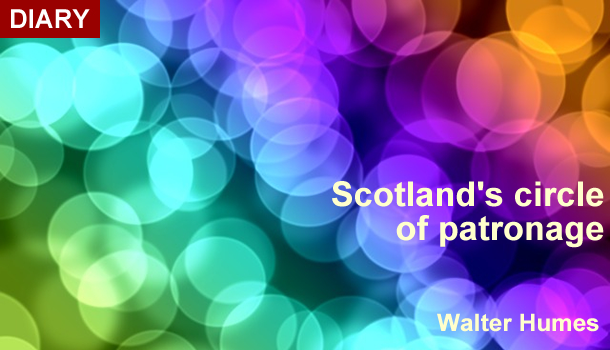 Monday 20 February
I am pleased to hear an attack on positive thinking by a Danish psychologist, Professor Svend Brinkmann. He is the author of a book entitled, 'Stand Firm: Resisting the Self-Improvement Craze'. For some time, I have been railing against the endlessly upbeat, feel-good nonsense that is evident in the media and promoted in many official policy documents. Professor Brinkmann argues that life coaches who promise to improve their clients' sense of 'wellbeing' are selling a fake ideology which, in the longer term, is likely to cause depression rather than prevent it. The darker aspects of life should not be concealed by a sugar coating designed to deny adversity. Such an approach serves to infantilise human beings by pretending that positive thinking can overcome every situation. It is simply dishonest to claim that success and achievement are wholly dependent on adopting the right mindset.

To make these points is not to argue that we should focus on the negative. But it is to question whether happiness should be regarded as a kind of social duty and, if we fail to achieve it, that is somehow down to our own psychological defects. For many individuals, the realities of life are genuinely difficult and no amount of vacuous gushing by 'lifestyle consultants' is going to change that. I know someone who says that people who call themselves consultants only do so because they cannot spell the word 'charlatan'. Rather harsh perhaps, but I understand what he means.

Wednesday 22 February
One of the responses of the Scottish government to growing concerns about the quality of education has been the setting up of an international council of education advisers. This group of 10 contains people with substantial reputations as academics and policy advisers, including Andy Hargreaves from Boston College and Pasi Sahlberg from Finland. They held their first meeting in August last year and a second meeting is scheduled for this week.

An article on the website Sceptical Scot, written by Lucy Hunter Blackburn and James McEnaney, raises questions about the composition and function of the group. Their report draws attention to strong pre-existing connections between members. Four are holders of the Robert Owen award for 'inspirational educators', a prize introduced in 2013 and in the gift of Scottish ministers. Hunter Blackburn and McEnaney wonder whether the panel consists of 'external scrutineers bringing a rich variety of challenging perspectives' or 'a high-powered consultancy team with strong shared values'. Drawing on material obtained through a freedom of information request, they suggest the stated intention of using the group as 'critical friends' may be misleading. They comment: 'A tendency to rose tinting is already apparent, with individual council members evoking a degree of perfection in Scotland unfamiliar to those working in and using the system here'.

Council members are not paid for their work, but do receive expenses for travel and accommodation. The total cost of the first meeting, which took place at the Sheraton hotel in Edinburgh (£240 a night), was more than £36,000. This financial outlay is said to come from the government’s attainment fund, the main aim of which is to support pupils in areas of social disadvantage.

It will be interesting to see what emerges from the work of the group. At a time when government insists that other agencies should provide good value for money, will the output from the international panel of experts justify the investment? Or will the exercise prove to be another example of 'policy as spectacle' – a PR exercise which has more to do with presentation than with substance?

Thursday 23 February
I see that one of my items in last week’s diary has produced two responses in today’s SR. James Robertson rebukes me for my suggestion that some members of the Scottish literary establishment are too chummy with the SNP leadership. He suggests that their artistic integrity would not be compromised by association with politicians. I remain sceptical. In my career as an academic I have known several colleagues who, early in their career, were lively, independent spirits, determined to speak truth to power. It did not take much to change their stance – a committee membership here, a research grant there and they were soon drawn into the circle of patronage. By the end, they were only too happy to accept a bauble in the honours list. To keep their edge, writers need to resist the blandishments of the establishment.

James Robertson also directs my attention to some Scottish dystopian novels which he thinks I should read. I shall certainly check them out to see if they deal with the serious issues I mentioned (politics, economics, institutional failure, censorship and growing authoritarianism). As for his own work, he may be interested to know that I am already familiar with it and have referred to it in favourable terms on a number of occasions. Indeed, I would place 'And the Land Lay Still' in my list of top five Scottish novels of all time. I hope that doesn’t sound chummy. For the record, James Robertson and I have never met.

I am grateful to Craig Weldon for his kind comment on my columns and for reminding me of C J Sansom’s fine novel 'Dominion', which I have read. It was published in 2012, before the referendum on independence, and contains an interesting postscript cautioning against 'the belief that national identity is the issue of fundamental, overriding importance in politics'. Of the SNP, he says that it is 'a party without politics in the conventional sense, willing to tack to the political right (as in the 1970s) or the left (as in the 1980s and 1990s) or the centre (as today) if they think it will help them to win independence. They will promise anything to anyone in their pursuit of power'. These remarks remain valid as we face the possibility of a second referendum. In the triumphalist atmosphere of a post-independence scenario, with a weak opposition, it is not scaremongering to fear cronyism and abuses of power.

Saturday 25 February
The exclusion from a White House press briefing of certain media organisations, including the BBC and the New York Times, serves to illustrate the last point. President Trump’s rants about 'fake news' are an attempt to disguise his drift towards censorship. In doing so, he is undermining the democracy which he claims to represent. His remarks also provide further insight into his immature psychological state. It is evident that he is a person who can only cope with approval and praise. His reaction to the merest hint of criticism is to dismiss it, or seek to silence it. A mature individual may not like criticism but should be prepared to give it consideration and offer a reasoned reaction. The roots of Trump’s disturbed (and disturbing) personality may well lie in his childhood. It is unfortunate that their consequences are now being played out on the international stage.

Meanwhile, in our own back yard, we are presented with the 1960s time-capsule that is the Scottish Labour party conference. It’s all rather depressing. Perhaps I shouldn’t be so dismissive of advocates of 'positive thinking' after all.

Daily Sketch
Decline and fall of the Scottish press