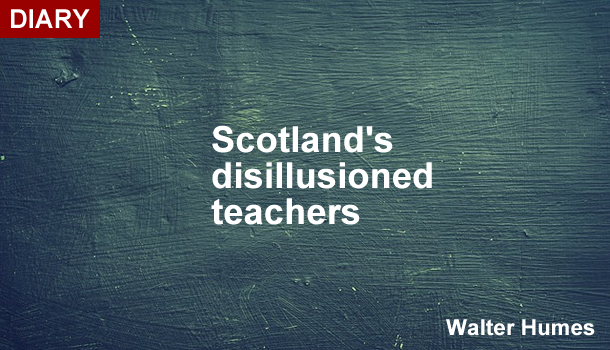 Tuesday 28 February
The House of Lords has been variously described as the best club in London, a comfortable care home for the elderly, and a secure facility for failed politicians enabling them to evade responsibility for their past crimes. Last night's television programme about the institution provided evidence in support of all three interpretations. We saw groups of peers eating and drinking and seeming to have a jolly good time. There were many shots of aged and infirm members being helped and treated deferentially by the staff. Former cabinet ministers were portrayed talking conspiratorially, perhaps exchanging exaggerated tales of their achievements and steering clear of less admirable episodes in their careers.

It is tempting to represent the Lords as a vast comic pageant, with elaborate rituals and processions, stage-managed by officials in their absurd archaic costumes. The officials featured in the programme, several with facial hair belonging to another era, gave a high camp performance as they assisted new members to negotiate the conventions. There was rather a disturbing moment when viewers were given a sight of Black Rod struggling into his tights and commenting on the importance of wearing garments of the right denier.

All the pomp and ceremony no doubt appeals to tourists but it serves to deflect attention from questions about the function of the Lords. One female member insisted that there was a core of hard-working peers who took their role seriously and sought to amend and improve legislation. The implication was that there was a larger group of freeloading parasites who were more interested in collecting their daily allowances and gossiping with pals. But nobody appeared to be prepared to say anything quite so blunt. As Lord Hennessy (a cross-bencher) observed, in the House of Lords courtesy is used as a weapon to forestall criticism. That perhaps explains why so many Labour 'radicals' make the transition to establishment apologists with such apparent ease.

Wednesday 1 March
One place where Scottish teachers can express their views, without fear of recrimination, is on the community forums of the magazine Times Educational Supplement (TES). Here, using anonymous screen names and commenting on subjects of their choice, they can draw on their personal experience of work in schools to ask questions and raise concerns. I decided to visit a forum which had the topical title, 'The Scottish education system – what's wrong with it?' Over a period of six months, there were 88 posts by 28 teachers. Most contributions were thoughtful and serious, with none of the unpleasantness associated with some social networking sites.

It was not surprising to discover that many of the entries related to Curriculum for Excellence and the new examinations associated with that reform. There were complaints about the complexity of assessment processes and the amount of bureaucracy involved. Both Education Scotland and the Scottish Qualifications Authority came in for harsh criticism. The latter was accused of presiding over declining standards and the language of official documents was said to be replete with 'impenetrable jargon'.

Several posts came from teachers nearing retirement. They had clearly enjoyed working with youngsters and contributing to their development, but were looking forward to escaping from what they saw as an oppressive culture. One said that he had advised his own children not to consider teaching as a career option.

It might be tempting to conclude that these posts confirmed portrayals of teachers as constantly moaning and resisting change. But there was self-criticism too. A few contributors felt that they had been too compliant in the face of unreasonable demands and that they had failed to challenge ill-judged management directives. One said, 'We are a bunch of sheep. We are our own worst enemy'. Teacher unions were perceived as ineffective.

Politicians and senior officials in education often claim that they are keen to listen to the 'voices' of teachers. Instead of the usual questionnaires, interviews and focus groups – often sanitised in summary reports – they would do well to visit a few of the TES online forums.

Friday 3 March
It is a fine day in Bute, bright and breezy, ideal for some outdoor exercise. I walk the two miles or so into Rothesay from my island base, which I have come to call Humes Heights (HH). It is not as grand as Trump Tower (TT) but rather more tasteful, and I do not have to act as host to a stream of unsavoury visitors. On my walk, I reflect that island life sets the vanities of the national and international political scene in perspective. The big news locally is that Rothesay is to receive £500,000 to repair and improve buildings on the seafront. Such a sum is mere pocket money to the owner of TT but a welcome help to a fragile island economy.

I do not escape the wider world entirely. My mobile pings with several emails about Scottish government policies from people of different political persuasions (I have a range of dubious contacts). Later, I offer discreet replies, mindful of the fact that it is safe to assume that nowadays anything can be monitored, even the ramblings of a semi-retired academic. The agents of Big Sister (Theresa? Nicola?) may be watching you.

On my way back to HH, the sky darkens and the breeze stiffens. I feel this is a metaphor for my return to the mainland tomorrow. But, head into the wind, I stride on resolutely, consoling myself with thoughts of the warming dram that awaits me.

Saturday 4 March
Spending Saturday afternoon watching the Scottish Conservative party conference on television is not my idea of fun, but I felt I should make an effort to listen to Ruth Davidson's address. It was well received by the faithful though, fortunately, given the age profile of many in the audience, it did not cause wild adulation. Too much excitement could have created a health hazard.

Ms Davidson, unlike most politicians, comes across as quite likeable. As I have often remarked, however, niceness is not enough. She made a number of familiar points at the SNP's expense, accusing the Scottish government of failing to promote the social justice it had promised and presiding over a decline in educational standards. Nicola Sturgeon was said to be pursuing a 'grievance hunting agenda', obsessed with independence at the expense of improving public services.

When it came to new policies, the speech was rather thin. An advisory board for the NHS would be established, consisting of 'practitioners not placemen'. Similarly, in education, an inquiry into Curriculum for Excellence would be undertaken. It will be interesting to see who is invited to serve on that. In order to establish itself as a potential government in waiting, as distinct from merely a vocal opposition, the Scottish Tories will have to come up with a bolder, more detailed programme.