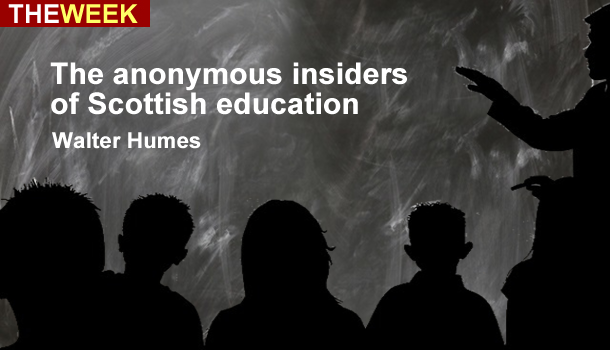 Wednesday 10 May
I have observed that some of the regulars at my local shopping centre – in particular, older single men and women – are not there simply to buy goods. A few sit on benches anxiously scanning the faces of passers-by. They hope to bump into people they know or simply pass the time of day with other shoppers. It is a social event, an opportunity to make human contact and avoid the horrors of daytime television. Even brief conversations can provide an interesting insight into people's lives.

Today at the checkout in the supermarket, an elderly gentleman was ahead of me in the queue. He was of rather distinguished appearance and I thought he must have cut a handsome figure in his younger days. We exchanged pleasantries and I noticed that he had very little in his trolley apart from two bottles of a well-known brand of whisky.

Cheekily, I remarked: 'That should keep you going for a while.' 'Until about Sunday,' he replied with a laugh.

He then turned his attention to the female member of staff at the checkout. It emerged that she was originally from India, where the elderly gentleman said he had spent some time. She was clearly delighted to encounter someone who knew the part of the country she came from. He told her she had a lovely smile.

As he packed his goods, I remarked to the lady, 'He's quite a charmer, isn't he?' Just as he was leaving, the man turned to me and whispered, 'I'm afraid charm is all I can manage these days.'

Thursday 11 May
The education and skills committee of the Scottish parliament has been looking into the recruitment and retention of teachers. A significant amount of the evidence submitted to it (which can be viewed on the parliament's website) was rather disturbing. Of particular concern were the views of some (not all) trainees. It might be expected that people at the start of their careers would be full of enthusiasm and positive about their experiences in schools. But there were a number of complaints both about the quality of training in universities and the support received from mentors when on placement.

Prospective primary teachers said that insufficient attention was devoted to the skills needed to teach literacy and numeracy successfully: this is at a time when recent evidence has shown that literacy standards have been falling. One respondent said that students were faced with 'bored and disengaged lecturers' and that the training process resembled 'a cynical sausage factory churning out teachers.'

The complaints about placements took a variety of forms. Instead of being given adequate time for preparation, some trainees were used essentially as cover and felt under pressure to comply with what they regarded as unreasonable demands. A few felt their health was suffering. While many experienced staff were helpful and supportive, others advised them to get out of the profession while they could. One trainee referred to the staffroom as 'an intensely poisonous environment'. Some were contemplating working overseas when they completed their training, in countries where teaching was more highly valued and rewarded.

One of the striking features about the submissions, not only by trainees but also by established teachers and headteachers, was the number who felt obliged to remain anonymous. They clearly feared that criticisms might damage their prospects if they were to disclose their names. That, in itself, is very revealing about the culture of Scottish education. It prefers compliance and conformity to honest professional debate. While that remains the case, John Swinney's various initiatives to improve the system are likely to have only a limited effect.

Friday 12 May
I am pleased to report that, so far, I have been able to avoid the hazards of middle-class eating. Hummus is not part of my diet so I have been unaffected by the recent withdrawal of this product from supermarket shelves, supposedly because of an unpleasant metallic taste. Likewise, I have hitherto resisted the delights of taramasalata, which I find visually unappealing. Couscous I can tolerate and I do occasionally toy with an avocado, but I have not been among those who have sustained serious injuries to their hands as they stabbed injudiciously at the fruit with a sharp knife.

This is because I have a nifty little item called an avocado slicer, which I received anonymously through the post 'from a secret admirer' (hard to believe, I know). The slicer consists mainly of plastic, thus making it safe to use. At the top, there is a serrated edge for cutting round the avocado. The two halves can then be twisted to reveal the stone. In the middle of the device, three metal projections are contained in a circular mould of plastic, enabling the stone to be gripped and removed. For scooping out the fruit, at the bottom of the slicer there is a plastic oval, enclosing comb-like tines. The whole thing is a triumph of modern design. Perhaps I should try living at the culinary edge more often.

Saturday 13 May
It is the Eurovision song contest this evening. I can hardly contain my excitement. Drinks and snacks are at the ready so that I do not miss any of the performances. My recliner and footstool are strategically placed to ensure that I have a good view of the proceedings. Surely it will be the highlight of the weekend.

I jest, of course. With few exceptions, the songs are likely to be mediocre and the singing unremarkable. The event is primarily a visual spectacle with extravagant fashions, staging and lighting. It also provides a major opportunity for the supporting cast of agents and promoters, music industry deal makers and marketing spinners. Some people must make money out of it but it is certainly not the TV licence payer. The BBC is one of the major financial contributors – hardly a sound investment since UK entries in recent years have been singularly unsuccessful. There have been predictions that this year Brexit may ensure further humiliation at the hands of those chippy Europeans.

Eurovision is merely one example of the proliferation of meaningless awards. Many of these are simply an excuse for a knees-up and a bout of mutual ego-massaging. Others, which once carried some cachet, such as the Nobel prize for literature, have been devalued by ill-judged decisions. The choice of last year's graceless winner, Bob Dylan, represented an insult to the many good writers who might have been chosen. An ability to produce some passable lyrics and deliver them in a whiny voice is hardly sufficient to merit such an accolade.

As a satirical counterweight to the debasement of genuine achievement, let me suggest some alternative forms of recognition: the Donald Trump award for modesty and self-effacement; the Philip Green award for generosity and public responsibility; and the Prince Andrew award for charm and courtesy.