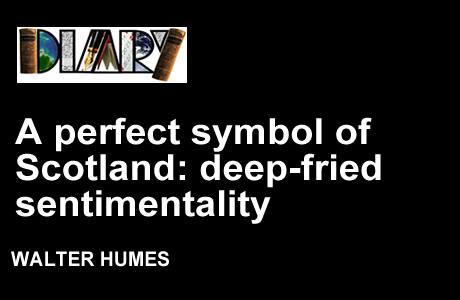 Wednesday 25 May
I finish reading an engaging memoir by Frederick Forsyth, best-selling author of thrillers such as 'The Day of the Jackal’, 'The Odessa File’ and 'The Dogs of War’. He has led an adventurous life, qualifying as a pilot before the age of 20, travelling to dangerous places as a foreign correspondent, undertaking missions for the intelligence services and infiltrating the shadowy world of arms dealers.

Forsyth admits that he enjoyed a lot of luck in getting out of dangerous situations and he clearly benefitted from the help and advice of number of well-placed contacts. His politics are unashamedly right-wing but in the course of his career he developed a loathing – the word is not too strong – for certain sections of the British establishment. Seeing the Nigerian civil war (1967-70) from the inside, he came to despise the official Foreign Office line supporting the federal government over the breakaway province of Biafra. In his view, ill-informed desk-bound bureaucrats advised government ministers to follow a policy that was quite at odds with what was happening on the ground. He reserves his harshest words for the British high commissioner in Lagos, Sir David Hunt (1913-1998). Forsyth describes him as 'a crashing snob and a racist who hid his unpleasantness behind a veneer of affability, about as convincing as a four-pound note’.

In 1990 Forsyth suffered serious financial loss when he was a victim of an investment scam. He promptly set about recouping his losses by continuing to write highly successful novels. But his verdict on the legal process which followed the criminal investigation into the fraud is damning: 'The Biafran affair had deprived me of any faith or trust in the senior mandarins of the civil service. The trial of 1993 did the same for my belief in the legal system and the judiciary'.

Thursday 26 May
I meet a former colleague for lunch in the west end of Glasgow, partly to catch up on each other’s news but also to seek her advice about one of my current projects. The restaurant is busy but we manage to secure a corner table. I rely on friends to steer me in the direction of good eating places as I am not well-informed about these matters. The truth is I have never been convinced by the alleged attractions of the area around Byres Road even when I worked there for some 18 years: it has always seemed a rather ordinary street to me, populated by too many ageing posers. Many people get excited about its supposed fashionable 'buzz’: I am at the stage in life where I prefer my surroundings to be buzz-free.

But here I am, pleased to see my companion, who suggests a number of useful lines of inquiry to follow up. We are served by a friendly young woman. I become conscious, however, of the close proximity of the tables and the level of noise from surrounding conversations. It is remarkable how loud and frank some people can be in public places. While eating, I really do not wish to overhear accounts of medical emergencies, family bust-ups or torrid relationships. Perhaps the speakers are rehearsing for an appearance on the 'Jeremy Kyle Show'. Or maybe it’s just another instance of the 'look at me’ culture of our times.

When coffees arrive, mine has a love-heart design on the creamy topping. This causes my companion to laugh since it seems at odds with my usual unemotional and ironic style. Placed on the saucer is a little sweetmeat, a mini-doughnut. Endeavouring to retrieve the situation, I say: 'A perfect symbol of modern Scotland – deep-fried sentimentality'.

Saturday 28 May
Today I was introduced to a Japanese word which has no direct equivalent in English but which I imagine resonates with the experience of many SR readers. The word is 'tsundoku’ and refers to 'the act of leaving a book unread after buying it’. Many book lovers suffer from a form of compulsive behaviour. They find books irresistible and keep having to add to their collection, even if they know they will never find time to read all the volumes they buy. For some, the appeal may be aesthetic: the look and design of the cover; the quality of the paper; the attractiveness of the font. No electronic reader can match the physical appeal of a printed book. Or, more commonly, it may be that the content is what is valued above all else, the sense that here is an author with something interesting and significant to say. But then more pressing priorities intervene and the book is set aside for another time, which never materialises.

The presence of books in a home carries symbolic value, even if some of them remain unread. They represent knowledge and understanding, an inquiring mind, an interest in other people and in challenging ideas. The great novels provide deep insight into the human condition and inspire the imagination through a magical use of words. And we know from lots of research evidence that children’s development is greatly enhanced by ready access to a wide range of reading material.

When I look at my own shelves, I have no difficulty in identifying a number of volumes that I have not got round to reading. But despite periodic attempts to have a clear out, I am reluctant to let them go. Maybe one day, I think, I will have the freedom to devote to them. The thought that other people are similarly afflicted by 'tsundoku’ makes me feel marginally less guilty about those unread pages.

Sunday 29 May
Predictably, the debate about the European referendum has become quite nasty, with a robust exchange of insults between some of the leading figures. While there is something rather agreeable about the spectacle of Conservatives tearing lumps out of each other, it doesn’t assist voters in reaching a considered decision. For once, I have a clear position on the matter. There are many aspects of the way the EU operates that I don’t like, but I believe the economic and social reasons for remaining in are compelling. But even if I didn’t think that, I would have great difficulty in supporting the other side. As will become clear, my stance serves to illustrate the point that it is sometimes hard to separate the personal and the political.

What an unattractive crew the Brexit enthusiasts are. Let’s leave the ghastly Farage aside. There is the opportunist Boris Johnson, who sees this issue as his best chance to secure the top job. Before his resignation as a minister, Iain Duncan Smith, an unsuccessful former Tory leader, had an unenviable record presiding over reforms to the benefits system, which were badly managed and, in some cases, led to inhumane decisions.

Until recently, Chris Grayling was in charge of the English justice system, which last week was described as being on the point of collapse, before handing over the mess to the easily caricatured Michael Gove. David Cameron’s decision to allow these two to remain in the cabinet, undermining him at every turn, is only comprehensible as a desire to avoid an even bigger fracture in the party than the one that currently exists. Then there is the unprepossessing supporting cast of Brexit campaigners, including Liam Fox, Bill Cash and Jacob Rees-Mogg. The last of these comes straight out of a P G Wodehouse novel, though he would probably regard that as a compliment.

I would be disinclined to rely on any of these people to escort an old lady across the road, never mind act as sources of advice on an important decision about the nation’s future. Thus, if I did not agree with the rational arguments in favour of the Remain case, I think I would be obliged to abstain. I would find the prospect of handing over power to a collection of people I do not trust or respect too awful to contemplate.